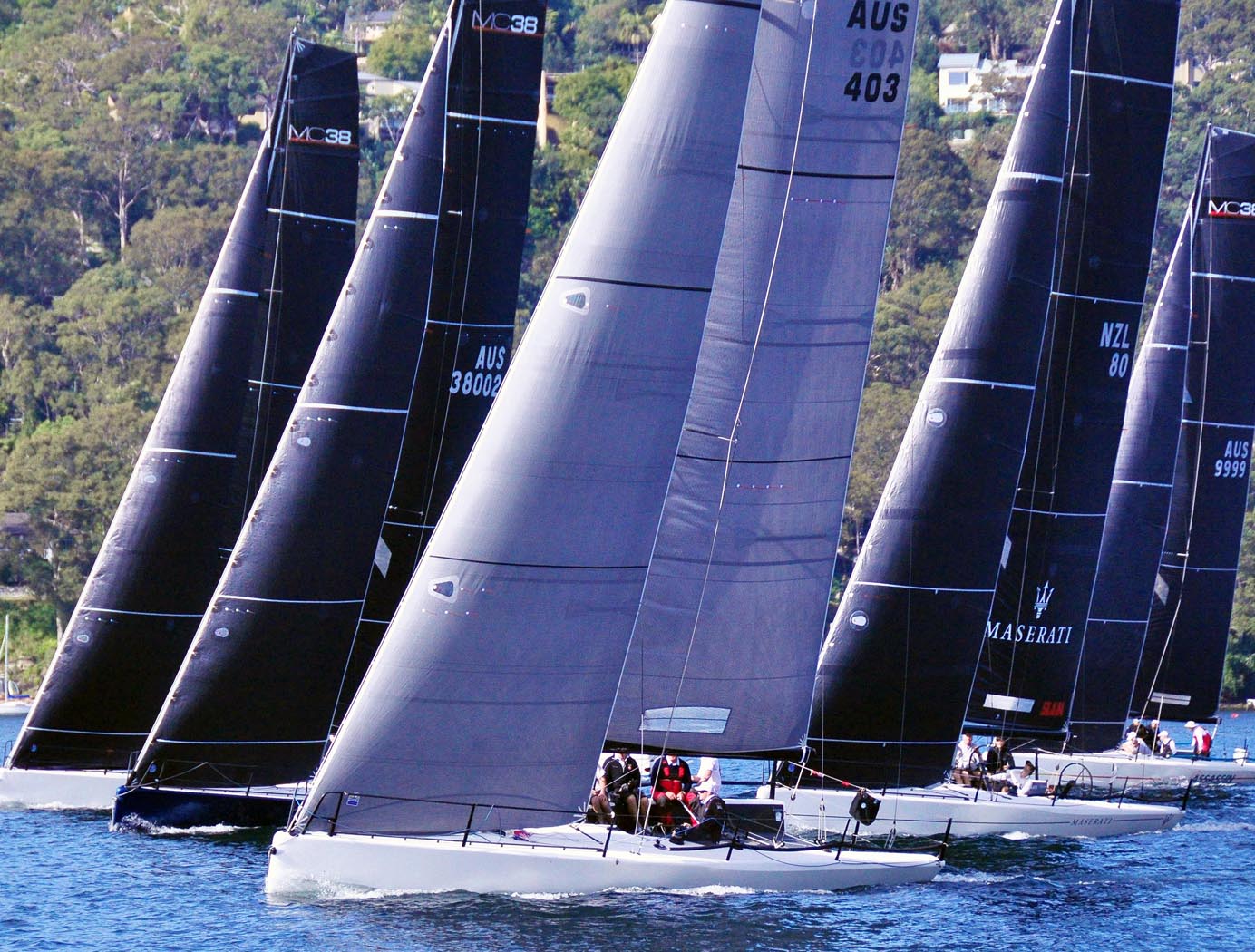 Royal Prince Alfred Yacht Club’s principal race officer Steve Merrington made the most of an early start and the pick of the late morning breeze then wisely called an early finish mid-afternoon, Saturday June 18.

Leslie Green’s Ginger is boat of the day after posting 2,1,3 scores, and rests one point ahead of John Bacon’s Dark Star. Ross Hennessey’s Ghost Rider is in the mix also, three points off the lead boat thanks to a resounding bullet in the third and final race of the day.

MC38 crews came ashore to plenty of excitement after one of the RPAYC’s two youth teams competing in New Caledonia beat the second team to take out the World Youth Match Racing Championship.

Hennessy was pleased with his boat’s first trial against the fleet sporting new Doyle sails. Like all campaigns, a consistent crew is the biggest differential on these near identical design boats and his first-time combination of Gerard Smith on tactics working closely with Chris Williams on main began promisingly.

“It’s all to do with the guys on the boat,” Hennessy said. “Gerard has been with me for ten years, since my Adams 10 days, and works well with Chris, plus he’s had a fair bit of practice on Pittwater.  Our first race started badly and we stayed in fifth. Then we scored a third, and in the third race we didn’t tangle with the rest at the start and led the whole way around. We were very happy with Doyle’s speed downwind. We were on the pace with our sails; we just have a learning curve with trimming.”

A mild morning northerly up to 8 knots tending NNE faded to a couple of knots then glassed-out. “We did the best we could in what we had,” Merrington said. “The customers are happy, and happy customers mean happy race officers.” Video of the end of race 3.

Tomorrow’s rejigged program kicks off at 0930hrs and four races is the committee’s goal. The fleet can expect south-westerly 10 to 15 knots becoming variable about 10 knots in the morning and heavy rainfall. Stronger winds associated with a developing low pressure system are now due to reach Sydney on Monday.