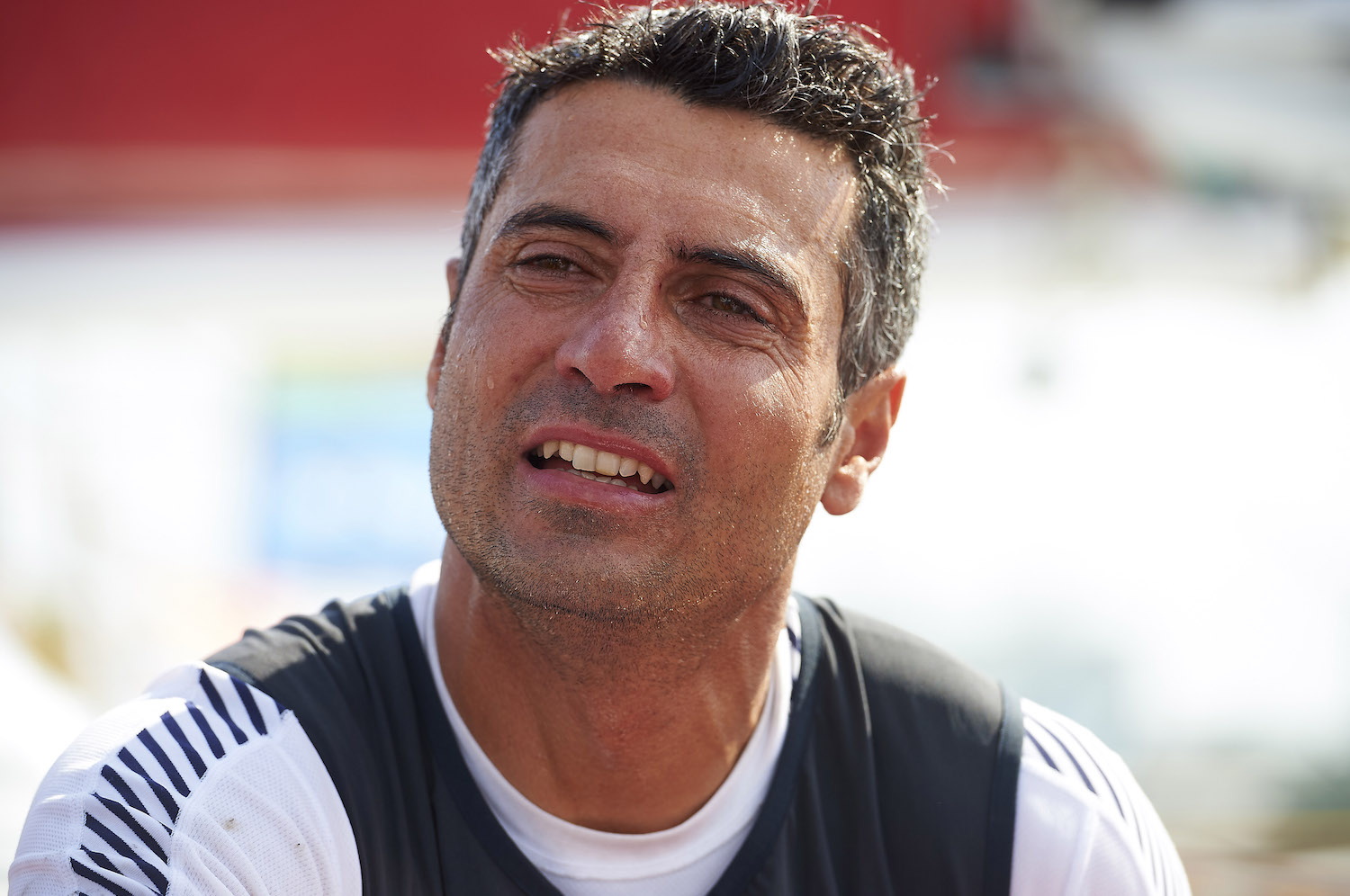 He methodically worked his way up starting on a Mini 6.50, then sailing on Figaro, Class40, Multi 50 and other boats. Today, the Italian, Giancarlo Pedote is heading up an IMOCA project with a very good foiler from 2015, which was previously sailed by Jean-Pierre Dick (2016 Vendée Globe) and Yann Eliès (2018 Route du Rhum). Next year, aboard Prysmian Group, Giancarlo is set to become the fifth Italian sailor to compete in the Vendée Globe. With less than two weeks to go to the start of the Bermuda 1000 Race, we met up with him, as he tackles his first major solo IMOCA race…

Giancarlo, when did you first think about joining the IMOCA class?

“It was something I thought of when I first sailed solo offshore in the Mini circuit. But when I moved to France in 2009, that prospect seemed a long way off. I remained focused on what was going on then and my first attempt at the Mini Transat aboard a series boat, in which I finished in fourth place. Four years later, I grabbed second place in this race in the prototypes. I moved into the Figaro class for a while and took part in the 2014 Route du Rhum on a Class40, before sailing with Erwan Le Roux on a Multi 50 (with a win in the Transat Jacques Vabre). I took it step by step, as I wanted to have a decent background before entering the IMOCA class.”

What was the deciding point for you?

“The 2014 Route du Rhum. At the end of that race, I started to work hard to see my dream come true. I was very motivated by the idea of launching my project, as IMOCAs are incredible machines with a lot of technical possibilities to work on. For someone who loves offshore racing, the Vendée Globe is the Holy Grail, and that is a challenge, which spices up a project.”

Why did you decide to buy Jean-Pierre Dick’s former StMichel-Virbac, a foiler from 2015 designed by VPLP-Verdier?

“I know Jean-Pierre well and we often came across each other, as we live in the same area. He knew I was looking for an IMOCA. One day I stumbled upon him after going for a swim. I was down there on the beach chatting to him and he told me is boat was going to be put up for sale. I grabbed the opportunity and got in contact with his team, Absolute Dreamer. The deal was signed in April 2018 and I reserved the boat for March 2019, as Yann Eliès was using her for the 2018 Route du Rhum before she went into the yard. She is the ideal boat, as my sponsor refused to allow me to compete with an older IMOCA. Having a boat to allow me to express my ability is something that suits me fine.”

How did the handover of the foiler go?

“Well! I got used to carrying out manoeuvres and sailing her at high speed in a methodical fashion. Everything felt good and I felt at ease. I always try to plan ahead to avoid getting ahead of myself. IMOCAs are very demanding boats and much more complex than Class40 boats for example. Physically, they require a lot of hard work, even if you are just talking about stacking.” The IMOCA world isn’t entirely new, as you were Fabrice Amedeo’s co-skipper in the 2017 Transat Jacques Vabre which you finished in twelfth place… “Yes, indeed. That was my first significant experience in the class. It was interesting at sea, but also ashore, as I was able to see how an IMOCA team is run. It confirmed my desire to launch my very own project.”

“We have to finish the races and not be too greedy”

Your sponsor, Prysmian Group has been exceptionally loyal, as they have been following you with your projects since 2007. Will you need any extra funding for the 2020 Vendée Globe?

“I’m proud to be trusted by a sponsor for all these years, as it proves we have been working well. However, I’m not content with just that and am heavily involved ensuring that everything goes well. The support of the Prysmian Group guarantees the running of the project until the Vendée Globe, unless there is some major damage. There is still room on the boat for any other partners wishing to join us. That would allow us to carry out more work on the boat.”

On 8th May, you will be setting sail from Douarnenez at the start of the Bermuda 1000 Race, your first major solo IMOCA race. How do you feel about that prospect?

“I’m not planning for any particular result, as I have never seen how I measure up against others in the IMOCA class and the timing is tight with just two months to prepare before setting off on a 2000 mile course alone. The aim will be to sail safely and to make the most of the skills I have so far acquired.”

Will you be taking part in all the races in the Globe Series before the Vendée Globe?

“Yes! To qualify for the Vendée Globe, I have to complete these races and not be too greedy. It is vital to clock up the miles, even if that means easing off at times.”

On 8th November 2020 in Les Sables d’Olonne, you will become the fifth Italian to cross the start line in the Vendée Globe after Vittorio Mallingri, Simone Bianchetti, Pasquale de Gregorio and Alessandro di Benedetto. Is that an important aspect for you?

“Of course! I am proud to be flying the Italian flag on my IMOCA. My country has an important sailing tradition and is well placed in the America’s Cup with the Luna Rossa team. Even if we don’t have the ocean along our coasts, we have to show Italy what we can do in offshore sailing.”