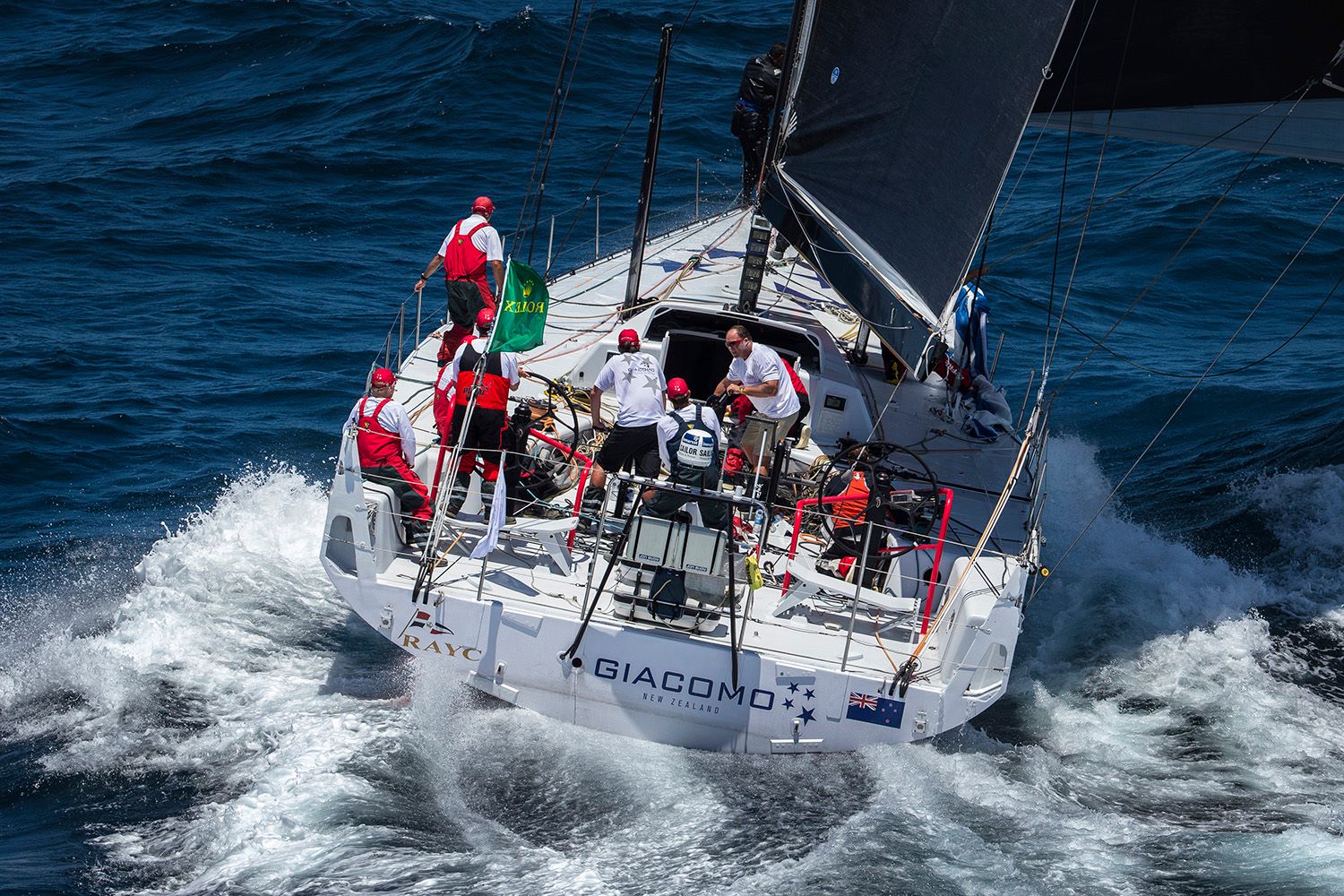 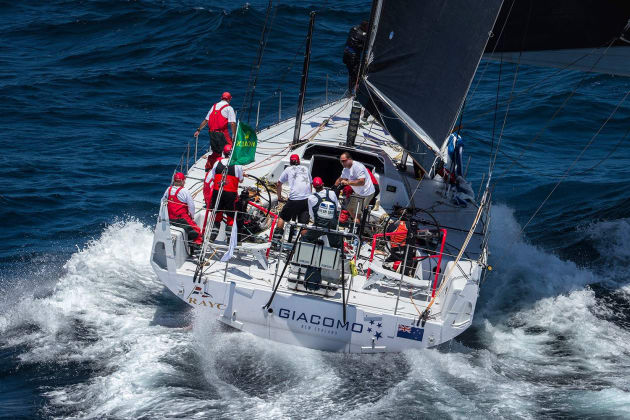 Being second across the finish line has its advantages. You have your handicap time posted and the boats behind have to beat you. However it usually means up to two days of nervousness, ticking off the smaller boats when it becomes obvious they can't beat your corrected time but not having your win officially confirmed until well into the fourth day.

The wait was much shorter and much less nervous this year for Kiwi Jim Delegat, who steered his Volvo 70 Giacomo across the finish line in the early hours of Wednesday morning. Initially it looked as though any of four following boats, but particular Matt Allen's Ichi Ban, would beat Giacomo's time. But by 9am the TP52 was stuck in a windless hole off the Iron Pot and was going nowhere. By 10am on Wednesday we were already unofficially awarding the much prized Tattersall's Cup to Delegat and today the CYCA will no doubt agree with us and make it official. Jim Delegat will sport a brand new Rolex watch and Giacomo's name will be engraved on to the trophy.

This morning only three boats are still showing on the official standings as having any chance of beating Giacomo's time. They are among the smallest boats in the fleet – Maluka of Kermandie, Komatso Azzurro and On Tap, and they are too far behind on corrected time to be able to threaten Giacomo's win. The best of them, Sean Langman's Maluka, is five hours off the pace and in this race you lose time in the closing stages, you don't make it up.

Like the late Bob Oatley, owner of eight times line honours winner Wild Oats XI, Delegat is a well-known winemaker. The managing director of Delegat Wines has been a success in business and has now translated that success into yachting.

He bought the Volvo Open 70 in 2013 after it had won the 2011-12 Volvo Ocean Race as Groupama 4, under the control of legendary French skipper and current America's Cup campaigner Franck Cammas. Peter Harburg's Black Jack is an obvious comparison point for Delegat as she also took part in that Volvo race as Telefonica, with Spanish Olympic 49er champion Iker Martinez on the helm.

Renamed Giacomo, which is Italian for James, the boat has been in Australia since the start of the season as Delegat aimed to win the Sydney Hobart on his third attempt.

In 2013 he finished sixth across the line, two places behind Black Jack, and in 2014 the boat lost her mast off the coast of Tasmania. However, her record in New Zealand was very strong with line honours wins in the 2015 Coastal Classic, Gold Cup Passage Series and Night Race to Kawau. Earlier this year the boat took line, IRC and PHS wins in the Auckland to Fiji race.

Since arriving in Australia, Giacomo  took line honours in the Flinders Islet, Newcastle Bass Island and Bird Island races and was fifth across the line in the windless Sydney Gold Coast race.

Sailing the yacht is a family affair with Jim being joined for this race by his sons Nickolas (19), for whom it was his second RSH, and James (18) who was doing his first. Wife Kate is the shore-based manager, taking care of paperwork and provisioning.