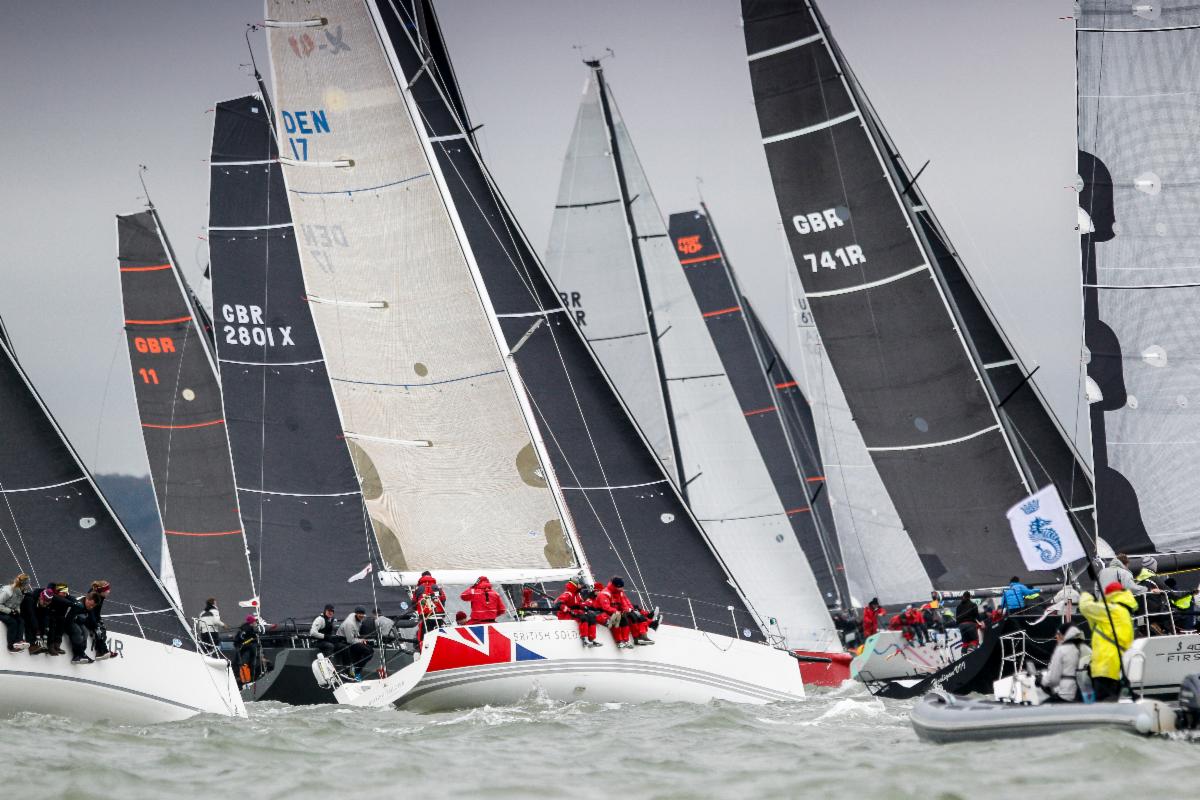 The RORC Easter Challenge is back with three days of racing in the Solent, UK over the Easter Bank Holiday, 15-17 April.

Organised by the Royal Ocean Racing Club for over 30 years, the RORC Easter Challenge offers crews the chance for some vital pre-season training and fine-tuning. With on the water coaching teams will be guided by world class coaches from North U and also Andrew ‘Dog’ Palfrey. The RORC Cowes Clubhouse will be regatta-central for video debriefs after racing, plus daily prize givings.

“The fleet will be divided into three IRC Classes, with windward leeward and round the cans courses; there will also be practice starts,” confirmed RORC Race Officer Steve Cole. “Glassware will be presented to the class winners, and there will be plenty of Easter Eggs as daily prizes. However, the main aim of the RORC Easter Regatta is to get tuned up for the season ahead. The coaches will be giving their help right through the fleet, with top advice on rig set-up, trimming, driving and manoeuvres.”

Leading the coaching team will be Andrew ‘Dog’ Palfrey who lives in Cowes and is respected as one of the top coaches in the world. “The RORC Easter Challenge has been an excellent way to start the season for many years,” commented Palfrey. “From the coaches’ point of view, it is really about getting everyone back out on the water and looking at areas where teams may be a little weaker.

“We will be chatting with teams on the water and highlighting areas in the nicest possible way in the debriefs. We hope to see a general improvement throughout the event, especially in teamwork, boat handling and starts, which are all critical parts of any race. The absolute goal for the coaches is to help people and, in that respect, we welcome interaction from all the sailors.”

Dutch Ker 46 Van Uden will be raced by a youth team, skippered by Volvo Ocean Race veteran, Gerd-Jan Poortman: “Van Uden will be racing with the RORC for much of the season, leading up to the season highlight, which will be in the IRC European Championships in Breskens this August,” confirmed Poortman. “I was very pleased to see that we are allowed two additional crew for this regatta. Van Uden has a big squad of both men and women sailors who are all keen to race. After the disappointment of retiring from the Rolex Fastnet last year, it will be great for all of us to return to Cowes for this regatta.”

Cape31 Class Manager Dave Bartholomew reports that at least five Cape31s are planning to race at the RORC Easter Challenge. Mike Bartholomew’s Tokoloshe 4, Russell Peters’ Squirt and Roger Bowden’s Nifty are among the early entries. “Easter is a natural starting point for the season,” commented Dave Bartholomew, who has competed at the regatta for over a decade.

“An early-season three-day regatta is where we can start honing skills with training and coaching. It is a great way to get up-to-speed at the beginning of the year. Also, as the regatta is held over the bank holiday, crew do not need to take time off work. The RORC Easter Challenge has a nice, relaxed atmosphere; it is really fun to do.”

The RORC Cowes Clubhouse will be serving complimentary pasta and beer before each debrief session, with the Clubhouse Restaurant available for bookings every night. The RORC Easter Challenge prize giving will take place on Sunday 17th April, with the bar open throughout the regatta.

For more information, including online entry go to: www.rorc.org