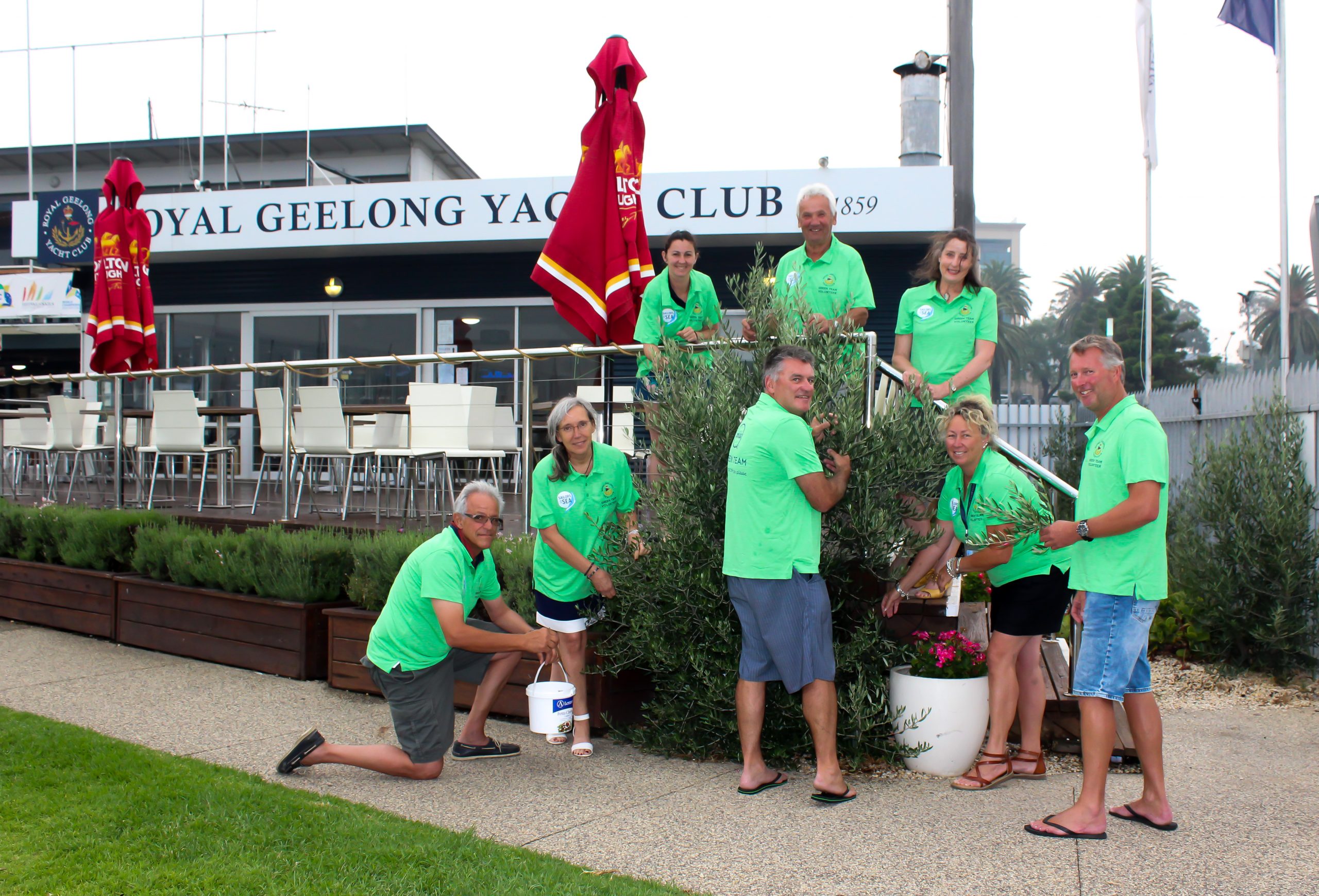 Royal Geelong Yacht Club sailor Brendan Garner first competed in the MacGlide Festival of Sails in 1988, when he was just 12 years old.

Three decades later the avid sailor who learned to sail at RGYC on Geelong’s Corio Bay, is preparing to compete in his 32nd consecutive MacGlide Festival of Sails.

The MacGlide Festival of Sails starts on Saturday with the historic Passage Race from Williamstown to Geelong. The competition will continue in Geelong on Sunday and Monday.

The largest keelboat regatta in the southern hemisphere is shaping up to be a family affair for the Garners with Brendan’s three young sons all set to compete in the Festival’s cadet racing competition on Sunday. Meanwhile, eldest son Ben, 14, will also join his dad in the Passage Race on Saturday.

Brendan is also hopeful his father John, a RGYC stalwart, who has been unwell, will be well enough to join them.

With his cruising boat undergoing maintenance, Brendan will catch a ride on fellow RGYC sailor Chris Manton’s boat, Balance, in the Passage Race and also compete in the Twilight Race on the Sunday evening.

“Over the years, I have sailed the Passage Race and the regatta in everything from dinghies right through to grand prix race boats,” Brendan said.

“Some years I raced in Geelong while the Passage Race was on. One year it was on 49ers, the Olympic class that has the world championships in Geelong this February.”

More than 250 boats are expected to make the 32-mile Passage Race from Williamstown to Geelong for the Passage Race on Saturday to kick off the 177th MacGlide Festival of Sails.

Sailors will compete in a diverse range of vessels from grand prix racers to family cruising boats, multi-hulls and sports boats.

“I think I did my first (Passage Race) on my dad’s Etchell which was certainly good fun. My dad got involved in the late 70s, early 80s and then I got involved when I was about seven,” he reminisces.

“I’ve been an (RGYC) member the whole time and gone through Cadets, Fireballs and 49ers, Etchells and various keelboats.”

Brendan said even a move interstate when he was younger couldn’t stop him from competing in the MacGlide Festival of Sails.

“I lived in Queensland when I was 20 and we were looking for something to do up there around that time of the year. We had always done the Festival of Sails and there was nothing on so a group of us jumped in the car and drove down to Geelong for the weekend regatta. If you are into sailing you have to be there.”

“The sailing is great fun but it is also great to watch. I spent lots of years as a junior watching the big boats race in the Geelong Advertiser Cup and that was always really exciting and fun to be a part of it.”

“I enjoy catching up with friends from around the country. They all end up in the one spot at the same time and it is great to catch up with people you haven’t seen for the year.”

As well as competing, the MacGlide Festival of Sails is a busy time for Brendan who’s business Garner Marine is based on site at RGYC, repairing and maintaining boats.

“Corio Bay is definitely one of the best places in the world for sailing because of the flat water. In summer when you get the sea breeze come in it is a fantastic race track. We are so lucky in Geelong.”

The MacGlide Festival of Sails kick-starts a massive ‘Summer of Sailing’ for RGYC which will host four world championships (the 49er, 49erFX, Nacra 17 and Laser Masters) and the Wooden Boat Festival, during February and March. In total, RGYC will welcome almost 1000 boats and thousands of sailors from around the country and overseas this summer.