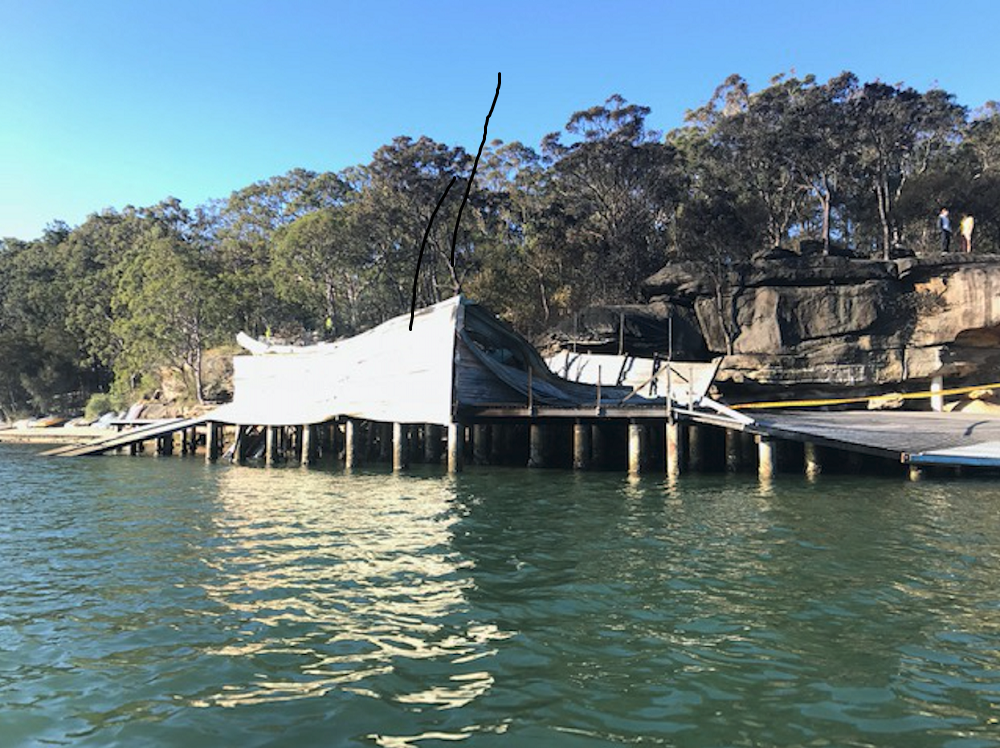 Close to a year ago, the Lane Cove 12ft Sailing Skiff Club experienced the most devastating event in its history, when a fire tore down its major boat storage shed and decimated a number of prized boats.

The Australian sailing community watched as a fellow club had so much taken away, but to its credit, rallied in support. Lane Cove rose from ashes and is powering on to a huge season of sailing.

After the fire on September 15, the Club had a successful sailing season with many Lane Cove boats doing well at a number of state and national regattas.

The Club's newly-formed rebuild committee, a sub-committee of the Club's board of management, worked tirelessly with members and the Lane Cove Council to restore what the Club had lost. It also took the opportunity to create a new space that would open up the foreshore of the Lane Cove River to the community that had helped so much.

The Club's Commodore, Max Gundy, said Lane Cove 12s had done an incredible job of raising money since the fire, which was a testament to the pride these member's had in the place.

“Since the fire, the Club has done a great job raising funds. However, the amount needed (to complete the project) we estimate to be about $415,000,” he said.

“Lane Cove 12s has been overwhelmed with such generous support from not only the sailing community, but also from local businesses that are not even involved in sailing. This generous spirit is wonderful,” he said.

He said with the help of marine architect, David Dickson, the Club submitted plans to the council that would accomplish the desired community upgrade. And with an enthusiastic council backing the idea, the Club's vision had finally been put in motion.

With an approved design and a project manager to be put in place to lead the rebuild for the community, members are excited at what the future holds for Lane Cove 12ft Sailing Skiff Club.

Tonight, Saturday September 7, the Club will host what will be the biggest fundraiser during the rebuild process.

Gundy said it would be a night to remember; one not to be missed, with well-known band ‘The Enormous Horns’ on stage at Hunters Hill Sailing Club. The doors will open at 6pm and the band will play three sets throughout the night.

Gundy said the Club's social committee arranged for some of the most amazing donations from a number of very generous sponsors. The two most notable are a two-hour sail for 10 people on Infotrack, one of only five Australian super maxis, plus a dinner for eight people in Royal Sydney Yacht Squadron’s Wine Cellar.

These are just two of the fabulous donations on offer, for further information head to the fundraising site: www.32auctions.com/LC12ftSSCFunDRAISING2019, which will also take you to a link where you can purchase raffle tickets, with first prize being a weekend at the Star of the Sea Resort in Terrigal.

“All Club members are looking forward to a great night next Saturday and extend their gratitude to everyone who has shown support to the Club as we rebuild what we lost,” Gundy said.