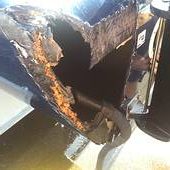 With everything to play for, the Extreme 40s came out all-guns-blazing on Sydney Harbour today, for the  final Act of the 2015 Extreme Sailing Series championship.

On a day of costly penalties for some crews, and race-ending collisions that reduced the fleet of nine boats to just six, it was SAP Extreme Sailing Team and Oman Air that shone through finishing the day first and second respectively.

In the morning press conference Oman Air’s skipper Stevie Morrison threw down the gauntlet, saying his aim for the week was to give The Wave, Muscat a “run for their money” and, with three race wins and two second place finishes, Morrison certainly held his word.

“We came out of the blocks and we were fast, it’s been an absolutely great day on the harbour. It’s our last event in an Extreme 40 so we are certainly going to try and give it everything we’ve got to go out with a decent result – and of course try to stop The Wave catching a few cheap points on us,” a delighted Morrison said.

But others weren’t so lucky. First to fall foul of the full-contact racing was Australian wild card 33 South Racing, who were T-boned on the startline of race three by Lino Sonego Team Italia.

Despite the gaping hole in the back of her boat, skipper Katie Spithill heroically finished the race in a respectable fifth place, before limping back to the dock for overnight repairs.

“The Italians tried to duck us and misjudged it. We finished the race thinking we could tape up the hole but it turns out it’s a lot bigger than that,” explained Spithill. “It’s really frustrating but our results so far are promising. Today we just wanted to stay upright and not cause any issues. But what can I say – we’re competitive.”

The Italian team soon got their just deserts as GAC Pindar, in another collision, damaged their steering mechanism at the back of the boat in race seven, resulting in both teams retiring from the day.

But probably the most significant incident of a hectic day – and maybe even the year – involved Red Bull Sailing Team. A coming together with Gazprom Team Russia seemed at first to be just a scrape, but on further inspection after racing it was found that the damage covered 30% of the boat’s structure.

A repair can be made and the team will be on the water tomorrow, but for a crew gunning for the championship title anything less then 100% could be costly.

In the overnight standings SAP Extreme Sailing Team top the leaderboard on 67 points. A confident start for the Danish crew who need the Act win to challenge for the overall Series title.

“The only thing we can do over the next couple of days is try and put as many points on the table as possible,” said co-skipper Rasmus Kostner after racing.

In second place Oman Air is on 63 points joint with Extreme 40 heavyweights The Wave, Muscat in third. Team Turx, in fourth, had an outstanding day with local hero Mitch Booth on the helm posting six podiums out of a possible eight.

Racing continues tomorrow from 14.30 (GMT+11). For fans who can’t make it down to the Race Village, they can watch live on Fox Sports Australia, and followers around the world can watch the live on the official event website from the 11-13 December, at the following times: