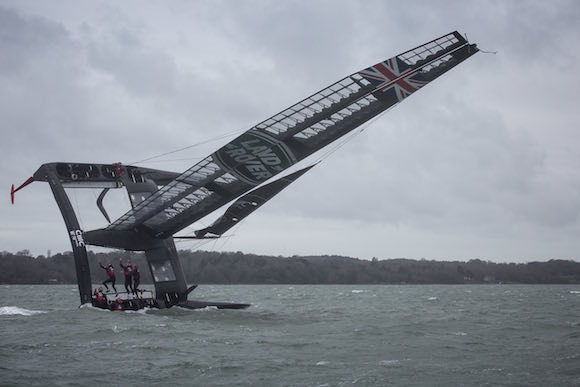 Whilst out training on the Solent today, the team's test boat T2 capsized off of Ryde, Isle of Wight.

The boat was righted quickly and no team members were injured.

Damage was sustained to a section of the wing, which the team is currently assessing, but plan to be back on the water in the New Year.

The wind range was between 15 – 19 knots, the boat was sailing at a slow speed when an issue with the wing inversion initiated a capsize to windward. No other vessels were involved.