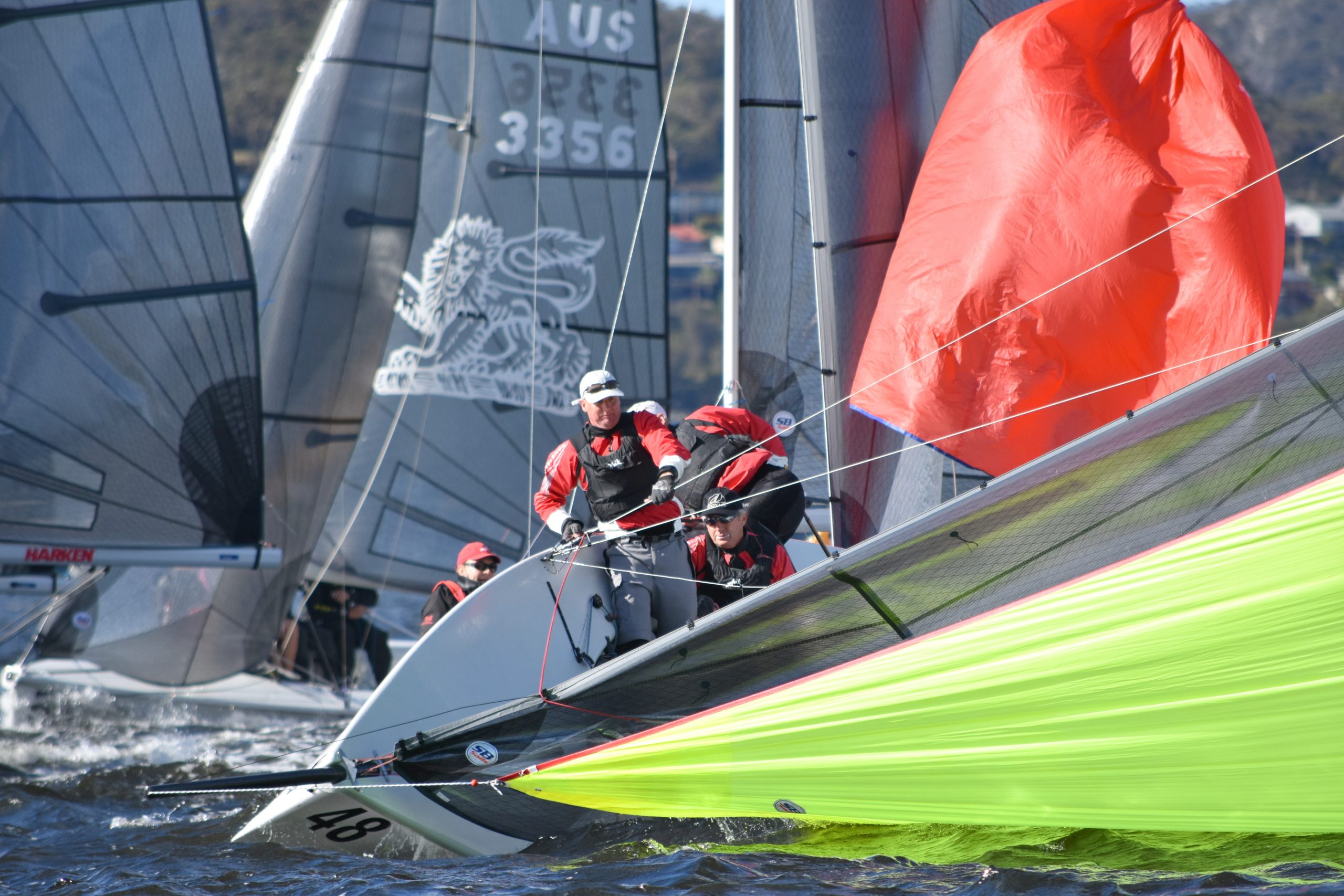 Crews of the 35 SB20 sports boats contesting day one of their Australian Championship today spent around six hours on the water for eight attempts to start a race – and just two affirmative outcomes.

It was a most frustrating day for all concerned, the sailors, the race officers and the volunteers who manned the start, finish and mark boats, except for the winners – Rob Gough in Difficult Woman and Michael Cooper at the helm of Export Roo.

The wind was there, from the WNW, but it swung in all directions and at times just “went up in the air”, leaving boats sailing backwards in the strong outrunning Derwent tide.

“We had six attempts at starting a race before we finally succeeded on our seventh and eighth goes,” race officer Nick Hutton said back ashore.

Race one was abandoned as the leaders neared the windward mark for the second time. An attempt at a restart ended 27 seconds before the ‘gun’ – and then began the long, long wait.

The skippers were aggressive on the start line, too, with several general recalls and BFDs (black flag disqualifications).

In fact, it was not until after 4pm that the first race successfully got under way, in 12 knots WNW breeze. Race two got underway after 5pm.

But it was worth the wait, both races providing brilliant sailing that saw the best in crew work and tactical sailing in the SB20, a high performance, one-design sports boat.

The skill of the locals certainly augers well for the SB20 Worlds to be sailed on the Derwent next January.

Rob Gough certainly dominated the racing, with the champion foiler Moth sailor notching up an official first and second after the frustrations of the abandoned race one where he was leading.

Sailing with the same crew that sailed on Export Roo at the recent World championships at Cowes, England, Michael Cooper was his best in race two, winning from Rob Gough and class veteran Nick Rogers in Karabos.