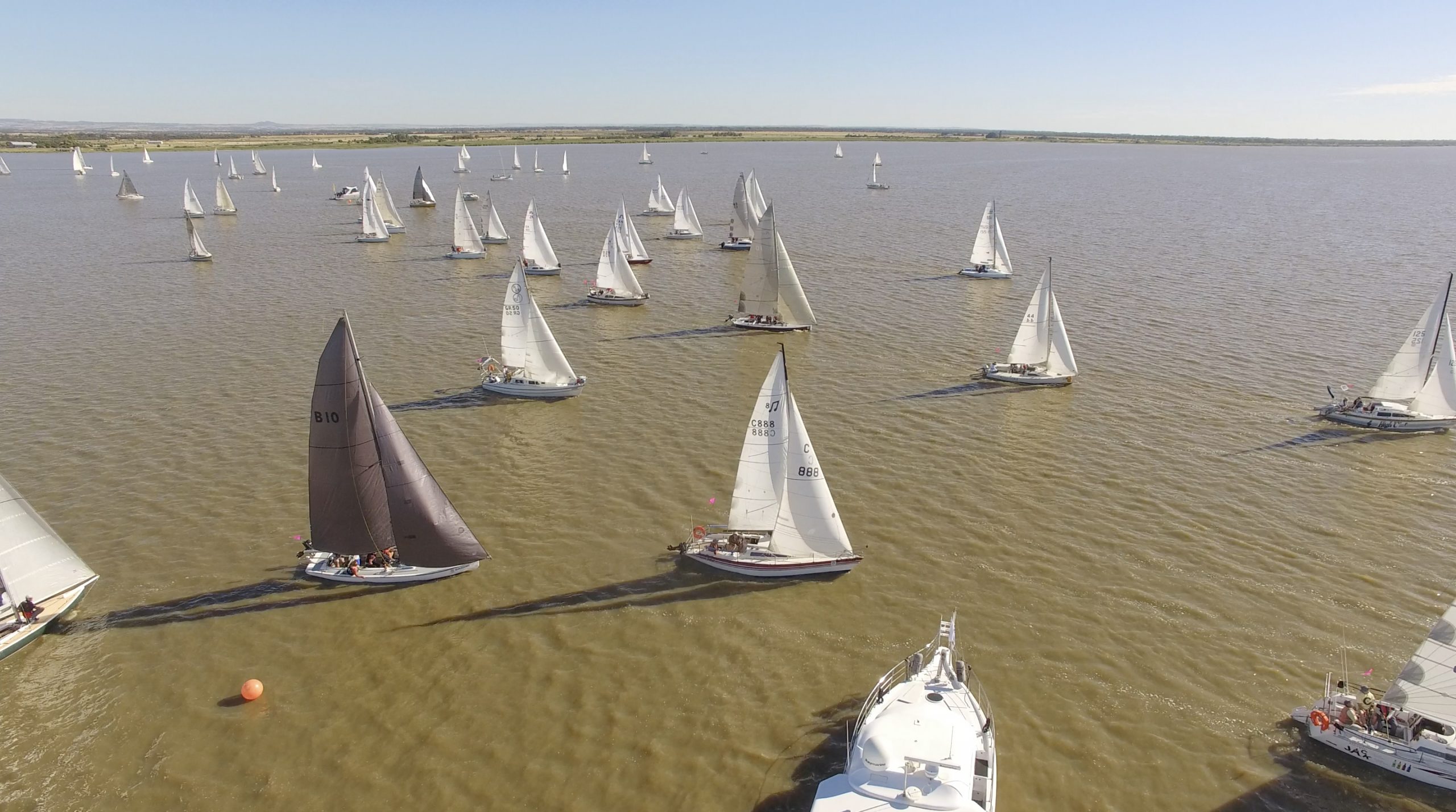 There were originally two of the more colourful characters of the Goolwa community, Bill Appleby and Bill Ballard, who owned the yachts ‘Esther’ and ‘Edith’ and were constantly arguing about whose yacht was the fastest on the river.

In order to settle the argument a ‘decent’ race was planned and sailed on 27 December 1966 – originally raced from Goolwa to Milang, it was destined to become Australia’s biggest freshwater race.

The two yachts were very evenly matched in those days and for the first three years the biggest winning margin was only three and a half minutes, while the closest margin was just 12 seconds.

‘Esther’ won the first two, while ‘Edith’ the third.

As the race went on, more and more sailors joined in and eventually the schedule was changed to allow for the race to finish in it’s original home of Goolwa.

It has since established itself as a South Australian yachting classic, the Milang-Goolwa Freshwater Classic in fact, which will this year be held on Saturday 27 January.

Goolwa Regatta Yacht Club vice commodore Louise Edwards said the race had a tremendous amount of history, however in recent years the regatta week that precedes it had become increasingly popular.

“It’s a prestigious event that club racers want to win, however for casual sailors it’s also a happy go lucky and friendly event,” she said.

“Goolwa has a great and inclusive club atmosphere with plenty of local rivalries and strong support between other clubs on the lakes and Murray River such as Milang Regatta Club, Meningie Sailing Club, Clayton Bay Boat Club and the Goolwa Vintage Boat Club.”

While there are a number of top contenders for the big race across several divisions, Louise said the highlight of this event will most definitely be the boats arriving in Milang on Australia Day ahead of the start the next day.

“Pre-start at Milang is always a great sight with a plethora of different boats buried in reeds, kept on the lawn and even moored to beaches,” she said.

The Restricted 21s will also be reintroduced this year, racing in Division 1A, a new introduction for Goolwa Regatta Week 2018.

While it will be extremely hard to pick a vintage boat as they work on performance handicap with changing ratings, the one to keep an eye on will be Randal Cooper’s ‘Wylo’ (pronounced Willow), a vintage river boat racing in Division 1.

Divisions 2, 3, 4 and 5 will also be difficult to pick and the close field could mean that it is anyone’s race. How the wind conditions fall on the day could be the difference in these tightly-fought fleets.

Heading into Division 6 there’s a number of boats that could take the chocolates with Todd Bartlett’s Boatspeed 23 ‘Bohica’, Harry Cooper’s Spider ‘Sea Bomb’ and Drew Stevens’ Elliot 7 ‘Envy’ all around the mark this season in local racing.

Rob Remilton’s Diam 24 ‘Wilparina III’ will be very fast and tough to beat in Division 7 after a successful few years.

And lastly in Division 8 a number of off-the-beach catamarans will be vying for the overall win.

It’s going to be a race for the ages and a week of festivities that will keep everyone smiling, so be sure not to miss out on a great event run by the Goolwa Regatta Yacht Club.