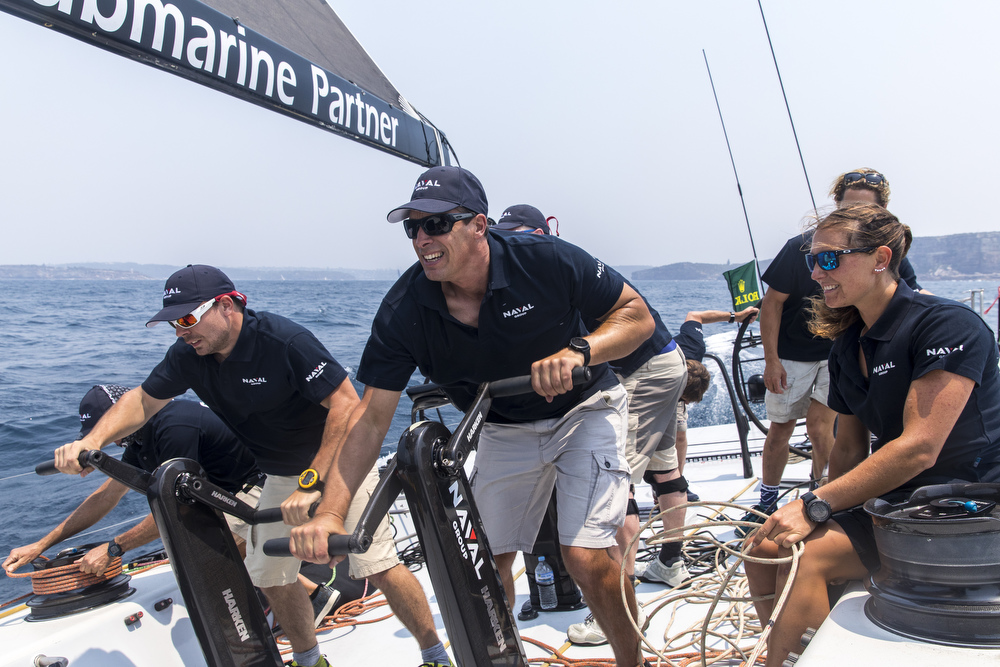 Naval Group yacht crew members, Pierre Louiset and Steven Patriarca know only too well what the Rolex Sydney Hobart Yacht Race takes. With forceful winds, freezing waters, a lack of sleep and an incredible physical challenge, these crew members are getting ready for one of the toughest races of the year onboard the 69-foot Naval Group mini maxi yacht.

With stories of sailing from around the world, Pierre and Steven are calling upon their sailing experience in the midst of an intensive training program to prepare for the notoriously unpredictable 628-mile journey of the Rolex Sydney Hobart Yacht Race.

“This is a once in a lifetime opportunity for me, and I can’t believe that I’ve been given the chance to do it again. I thrive on a challenge and to race across one of the toughest passages of water in the world is a feeling you cannot describe. Working through such a mental and physical contest alongside some of the greatest sailors in the industry is truly an incredible moment. How many workplaces give you the opportunity to sail for a living?” said Steven Patriarca.

“I’ve often watched the Sydney Hobart race from afar, inspired by its stature and significance. Travelling from France to compete in the race is a symbol of our cooperation between Australia and France, and is a dream come true. I’ve been an avid sailor since I was six and it’s moments like these that stick with you for life,” said Pierre Louiset.

Despite many tall tales of triumph and challenges, the stories behind these sailors are particularly unique, with day jobs as part of the team building and designing Australia’s Future Submarine Program. With Steven managing the infrastructure that will build the submarines, and Pierre designing the behind-the-scene systems, the parallels of precise execution, high performance and teamwork will be key in their race to Hobart. Putting the comforts of Boxing Day celebrations to one side, these sailors have been selected from a wide range of talent within the company.

“Naval Group has been around for nearly 400 years, and to be joining our French and Australia teams together for the ultimate challenge and celebrating our love for the sea in such a powerful way is incredible. The race brings constant challenges, you are up against the clock, trying your hardest to beat others against the schedule, teamwork, precision, hard work – these things are a micro tab of what we are doing in the Future Submarine Program. It’s a great representation of what we are achieving as a company here in Australia,” said Steven.

In the previous year, the Sydney Hobart race strengthened the bond between the crew, finishing 11th over the line and 39th overall in last year’s race. However, with a crew composed of highly experienced sailors and changes to the configuration of the yacht, the team is now in for success as contenders. With a crew consisting of employees from Naval Group France and Naval Group Australia, it is set to be a powerful display of teamwork and camaraderie.

“Working alongside crew members from France and Australia is dynamic, but it is an incredible moment to see how we all come together, collaborating side by side. It’s an important race for us this year, with a fully professional crew and extensive go-fast modifications, so we will be aiming high for a big result come Boxing Day,” said Pierre.

The Naval Group yacht will be skippered by Sean Langman, Managing Director of Noakes Group and one of the nation’s most experienced offshore yachtsmen.

Ace photographer Andrea Francolini went training with the crew on Sydney Harbour and shot these photographs. Click on the dots above to see them all.