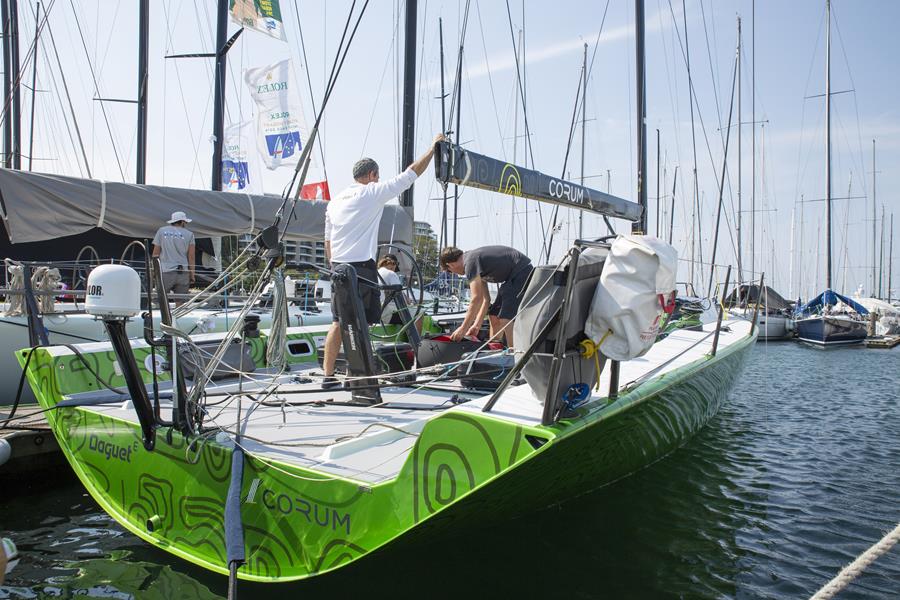 The now French-owned Daguet 3 is ready to take on the Rolex Sydney Hobart and realise a life-long dream. Credit - CYCA/Hamish Hardy

Put a top-notch crew with an equally as credentialed boat, and the result should impress.

Of course, in a race like the Rolex Sydney Hobart, where a crew’s fate hangs in the balance of so many variables, ‘should’ is a word that can prove to carry little weight by the finish.

However, if the DNA of French entry Daguet 3 is any indication, it should be an interesting entry to follow in this year’s 75th edition of the Cruising Yacht Club of Australia’s (CYCA) Sydney Hobart Yacht Race that starts Boxing Day, and in the right conditions is a chance to vie for overall honours and the Tattersall Cup.

The Ker 46 is the former Patrice that finished 16th overall and third in Division 2 last year. In 2017, she finished third overall to win the CYCA’s Blue Water Pointscore series.

As Patrice, she was also third in the 2018 PONANT Sydney Noumea race, won the 654-nautical-mile Groupama race and placed second in this year’s Noakes Sydney Gold Coast Yacht Race.

To match the rich pedigree of Daguet 3, her owner-skipper, the Frenchman Frédéric Puzin, who bought the previously CYCA registered Patrice off Australian Tony Kirby only a few months ago, has assembled a highly credentialed international crew.

For Puzin, a seasoned and successful European campaigner, who is also chairman of the French real estate investment company Corum, racing the re-named 46-footer for her seventh start in the 628-nautical-mile race to Hobart will mark the culmination of a childhood dream.

“The Rolex Sydney Hobart sounds, for me, like something very familiar and also intimidating, as I’ve been dreaming about this race for 40 years,” said Puzin.

“As a kid, waiting for a puff of wind with our dinghies becalmed on Burgundian lakes, we were talking for hours, my friends and me, about this race … with images of big boats (being) pushed to the limit on dark water in strong winds and big waves.”

Puzin is a prominent figure in French yachting. In 2018, his company was the main sponsor for Troussel’s Class 40 monohull in the Route du Rhum – Destination Guadeloupe.

However, he said: “It was clear since the beginning that the Sydney Hobart was a ‘must do’.

“Our target for the 2019 Rolex Sydney Hobart, is to sail properly and to enjoy the race.”