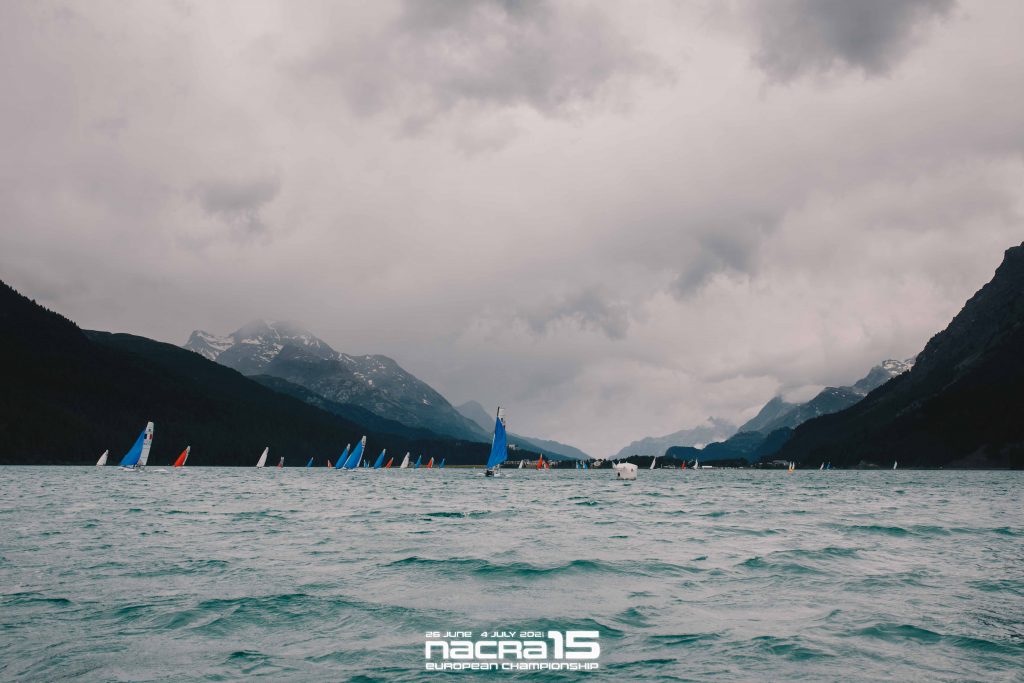 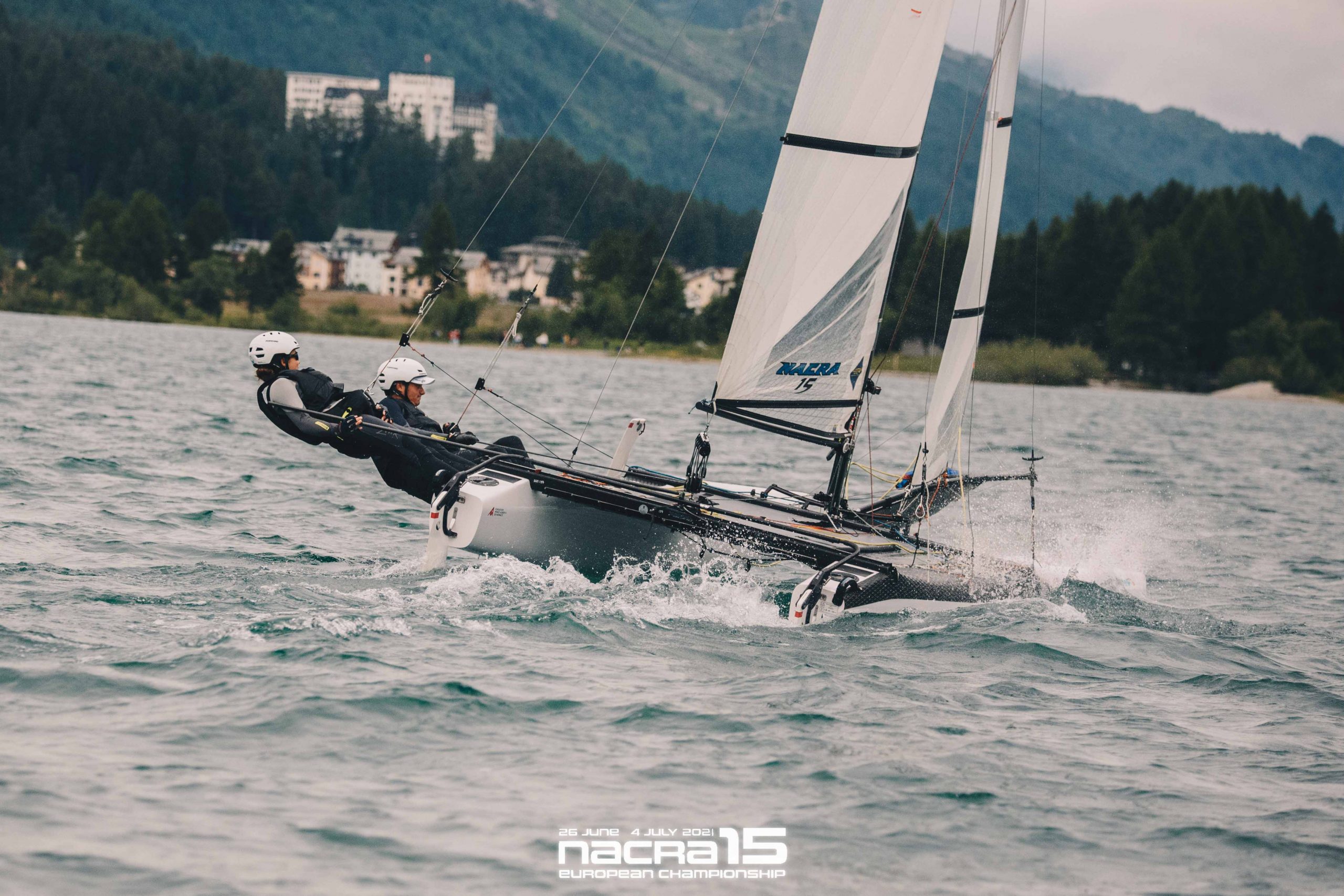 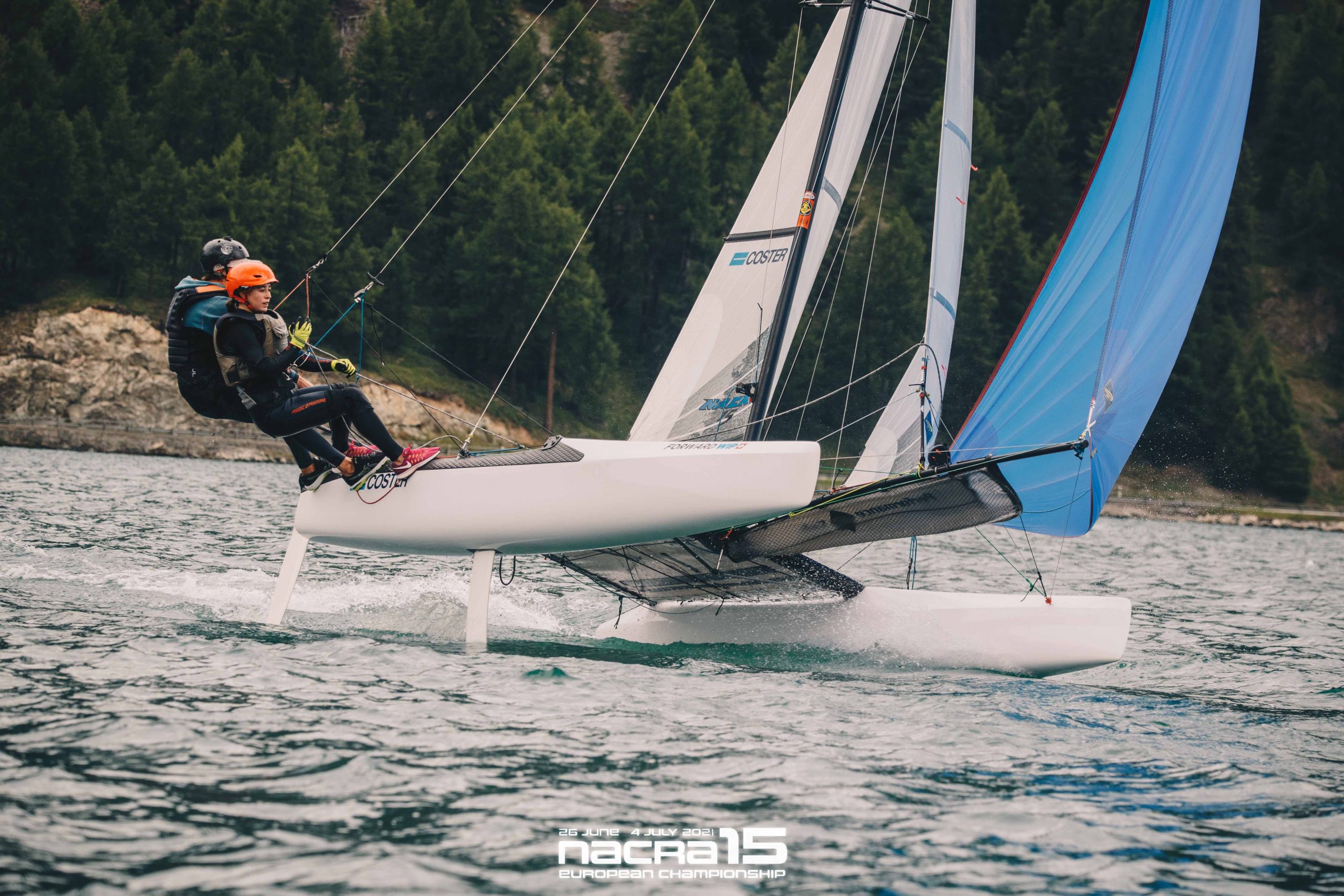 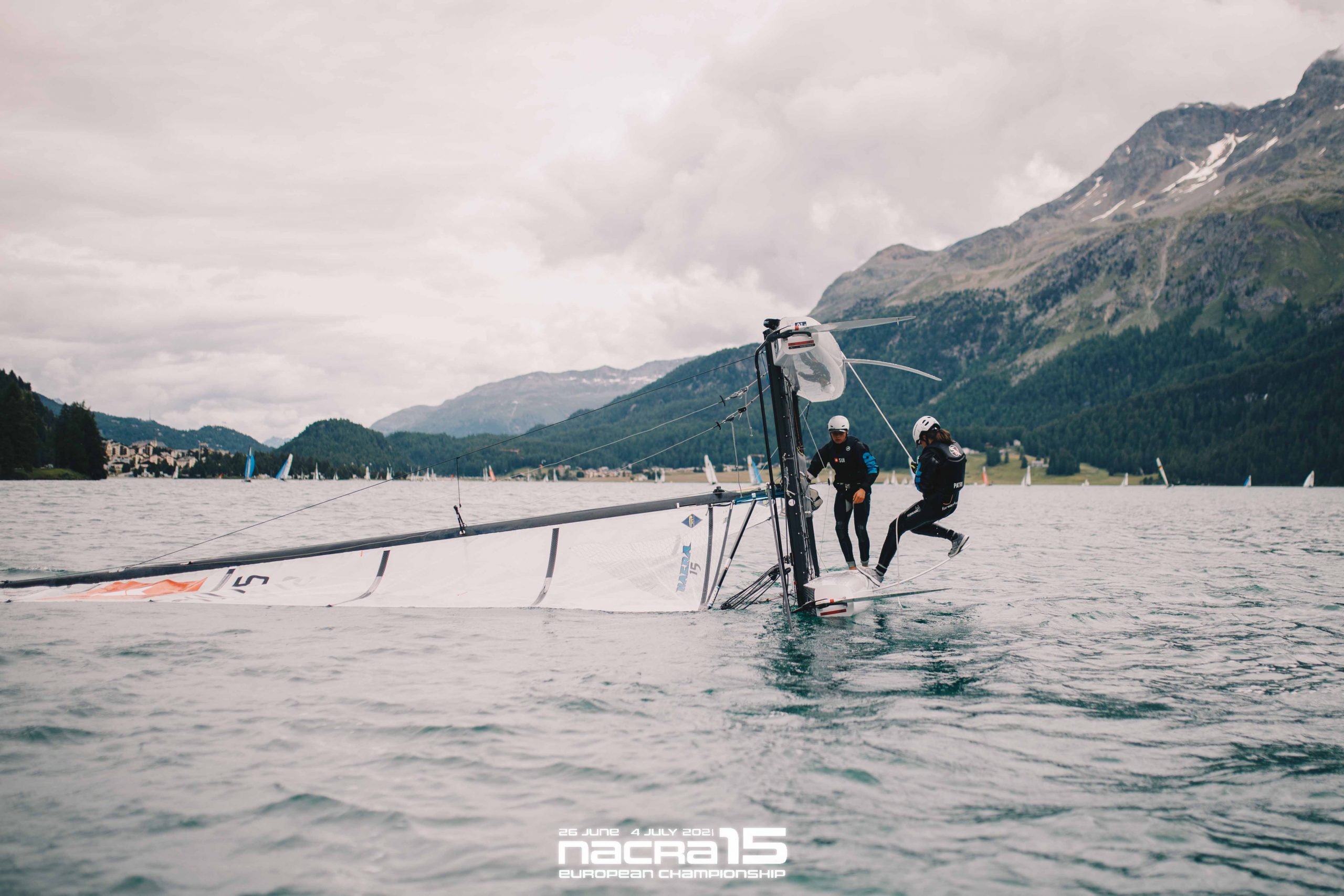 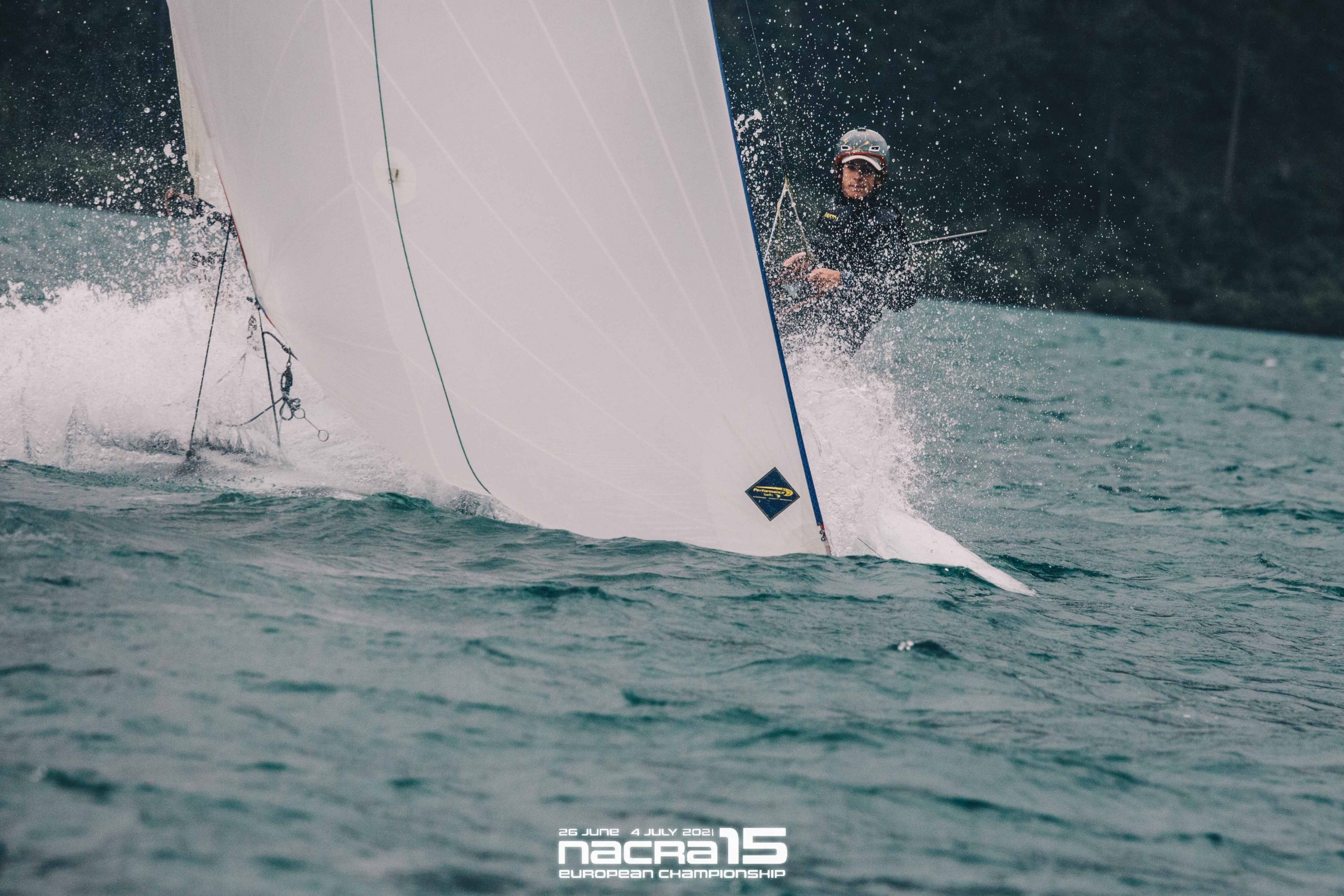 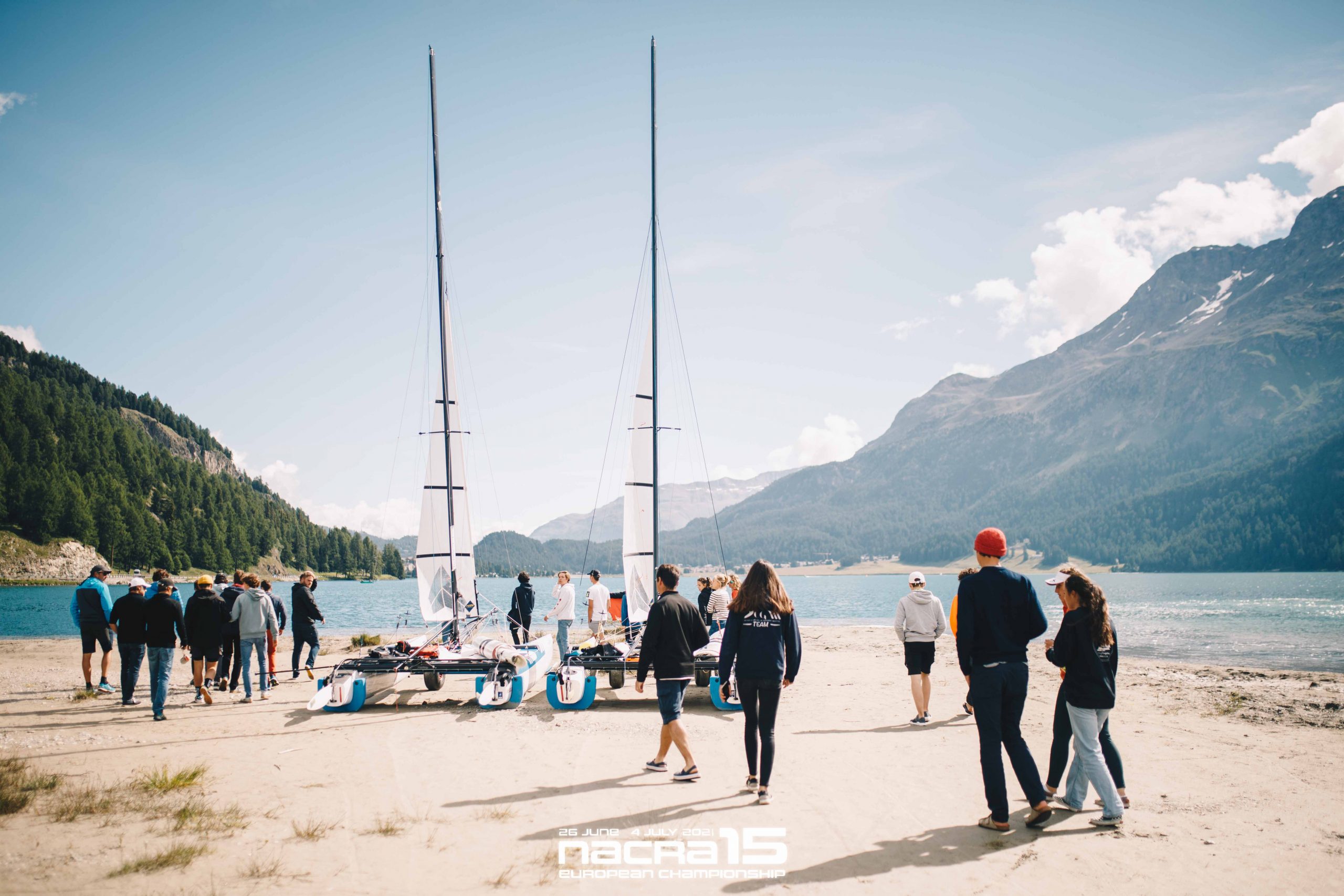 Silvaplana, Switzerland: After eight races in typical Silvaplana conditions with the Maloja wind (a thermal south-westerly wind) blowing from the south west, it was the French teams that took the first three places in the 2021 Open Nacra 15 European Championships.The favourites did not disappoint and French sailors placed first, second and third in the open ranking.

With wind gusts reaching 18 knots, it was Clément Matineau and Thomas Proust, 2018 Nacra 15 World Championships bronze medalists, that came out as winners. The consistent results of the male team from La Rochelle allowed them to win gold not only in the Open ranking but also the under 19 years ranking (U19).

Only three points separated them from the second team, Camille Rigaud and Julien Moutarde. The mixed team from Brittany, Manolo Geslin Grimaud and Marion Declef, equal on points with second took bronze. They missed out on silver due to a final race count-back.

Martineau commented, “We are very happy to win the European Championship in Silvaplana. It was a really good regatta in difficult shifty conditions, but our regularity paid off.”

Switzerland’s Nacra 15 champion Axel Grandjean and Noémie Fehlmann won two out the three races on Sunday and climbed to fourth position overall to complete the U19 podium with a bronze.

Fehlmann said, “This was our first International regatta together for a long time, and during the first races we were able to compare our level to the other competitors. After settling in, we were able to win three of total eight races which was great. We are super happy.”

The French again showed their strength in the U16 catagory, with Thipaine Ridea and Titouan Moreau taking gold. Silver went to Youan Champs and Gwilherm Cadic and the bronze went to the Belgium team of Mateo Leclercq and Leanoard Martens.

No surprise that the Nations Trophy was won by France, ahead of Belgium and Italy. The European Championship firmly mark the welcomed recommencement of international Nacra 15 events.