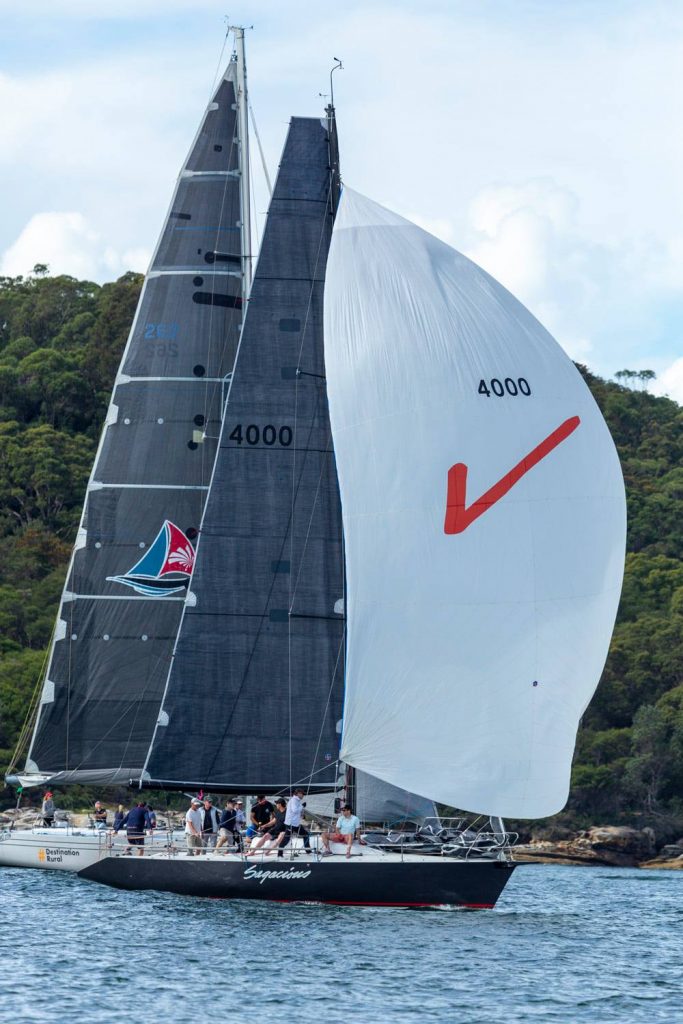 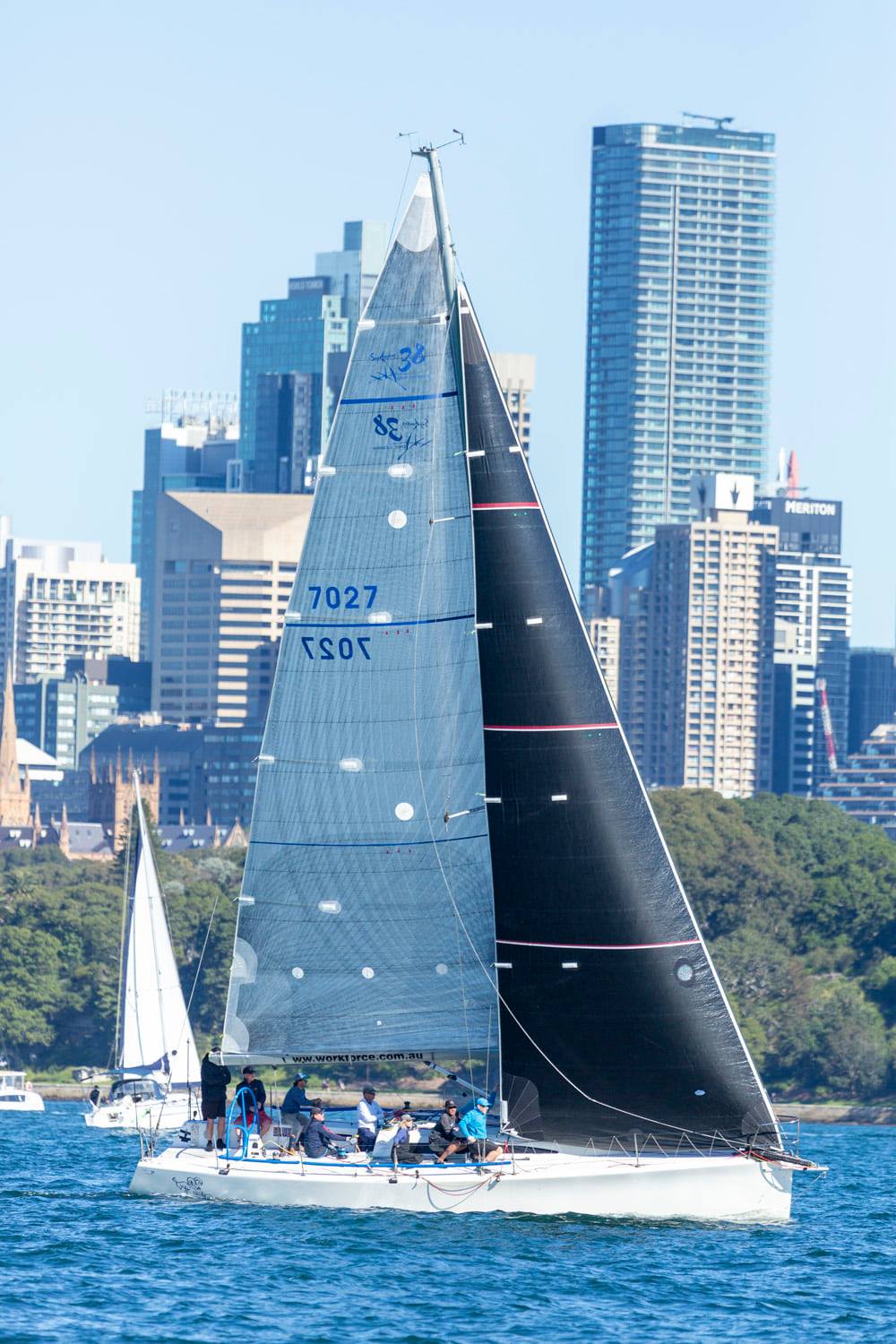 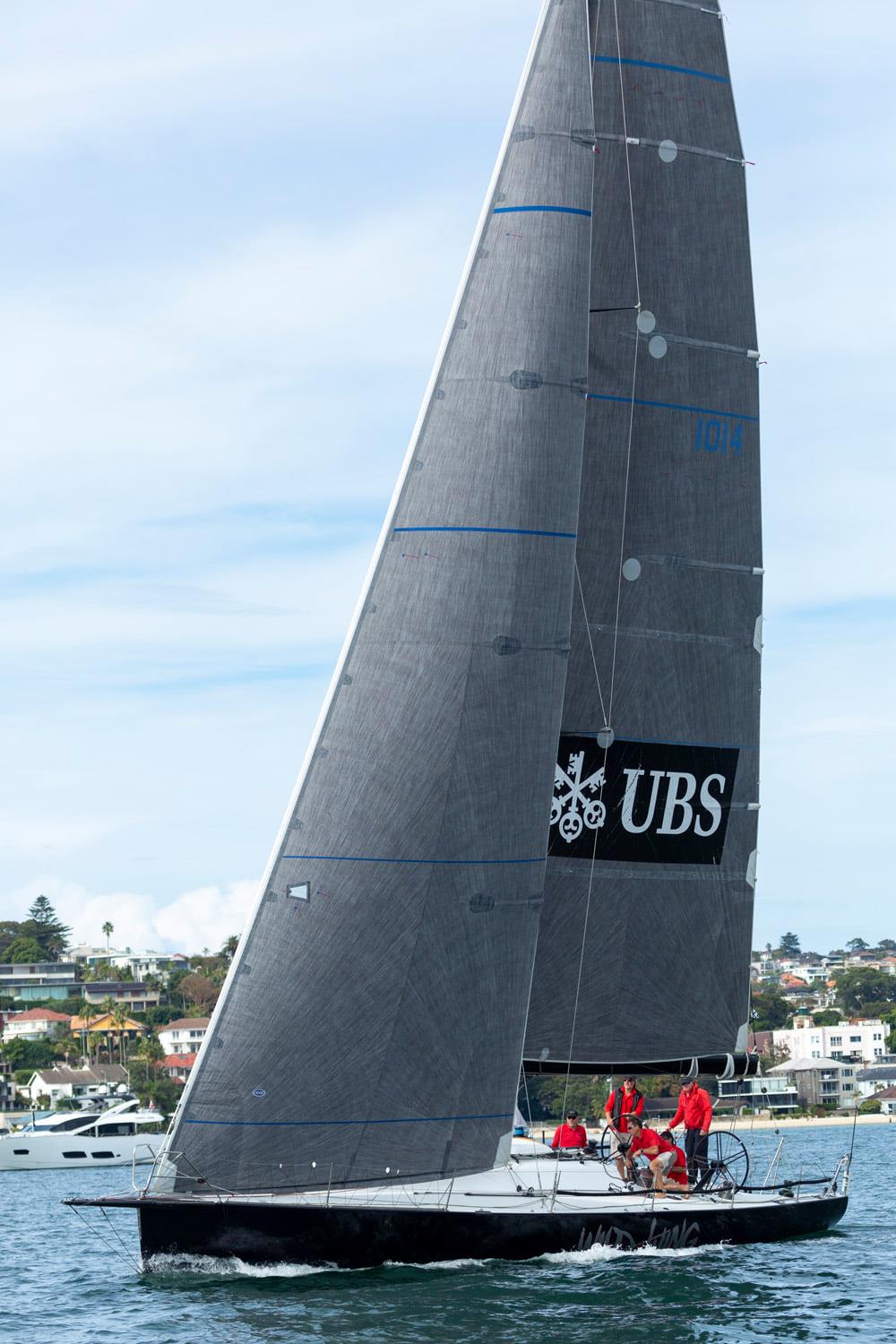 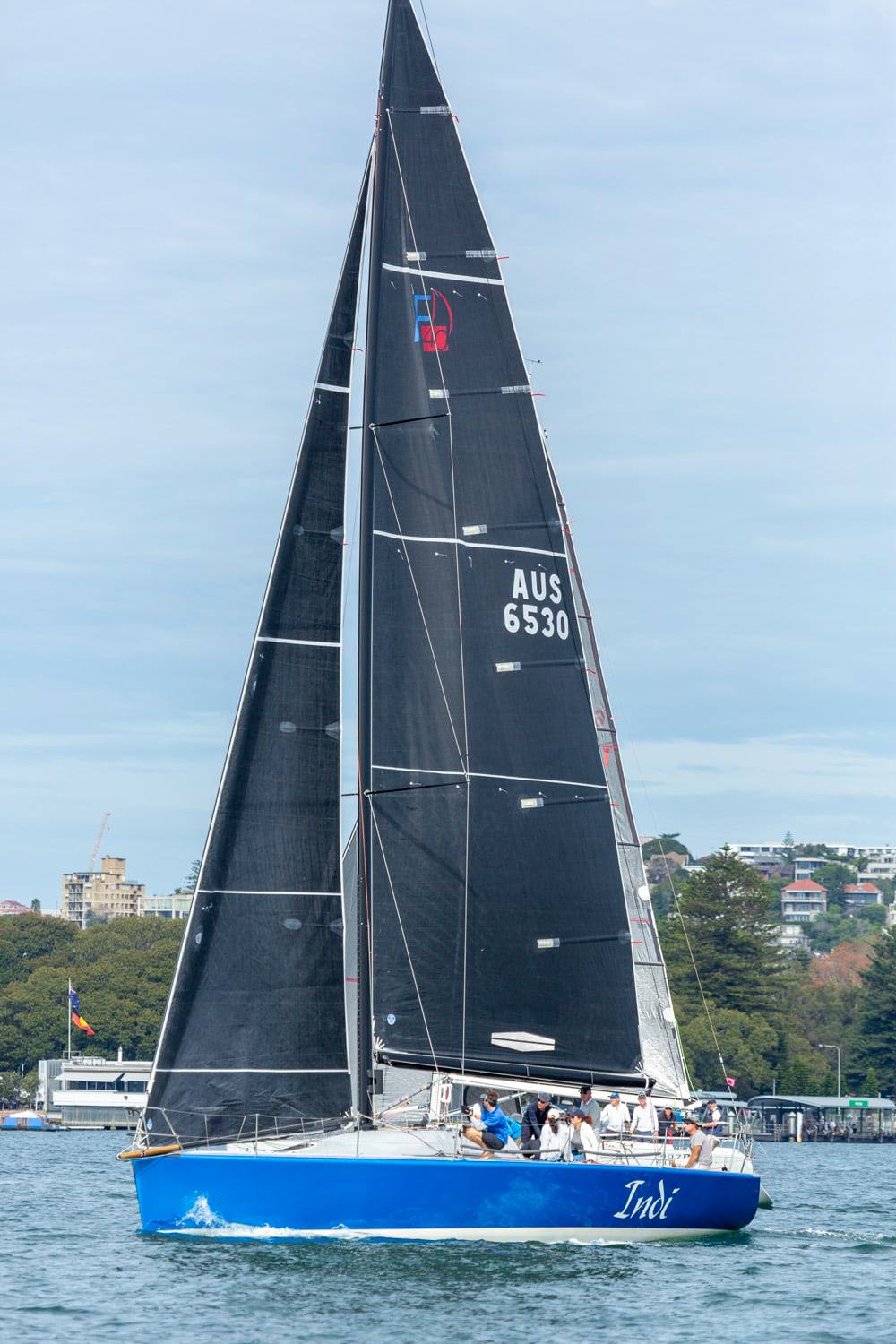 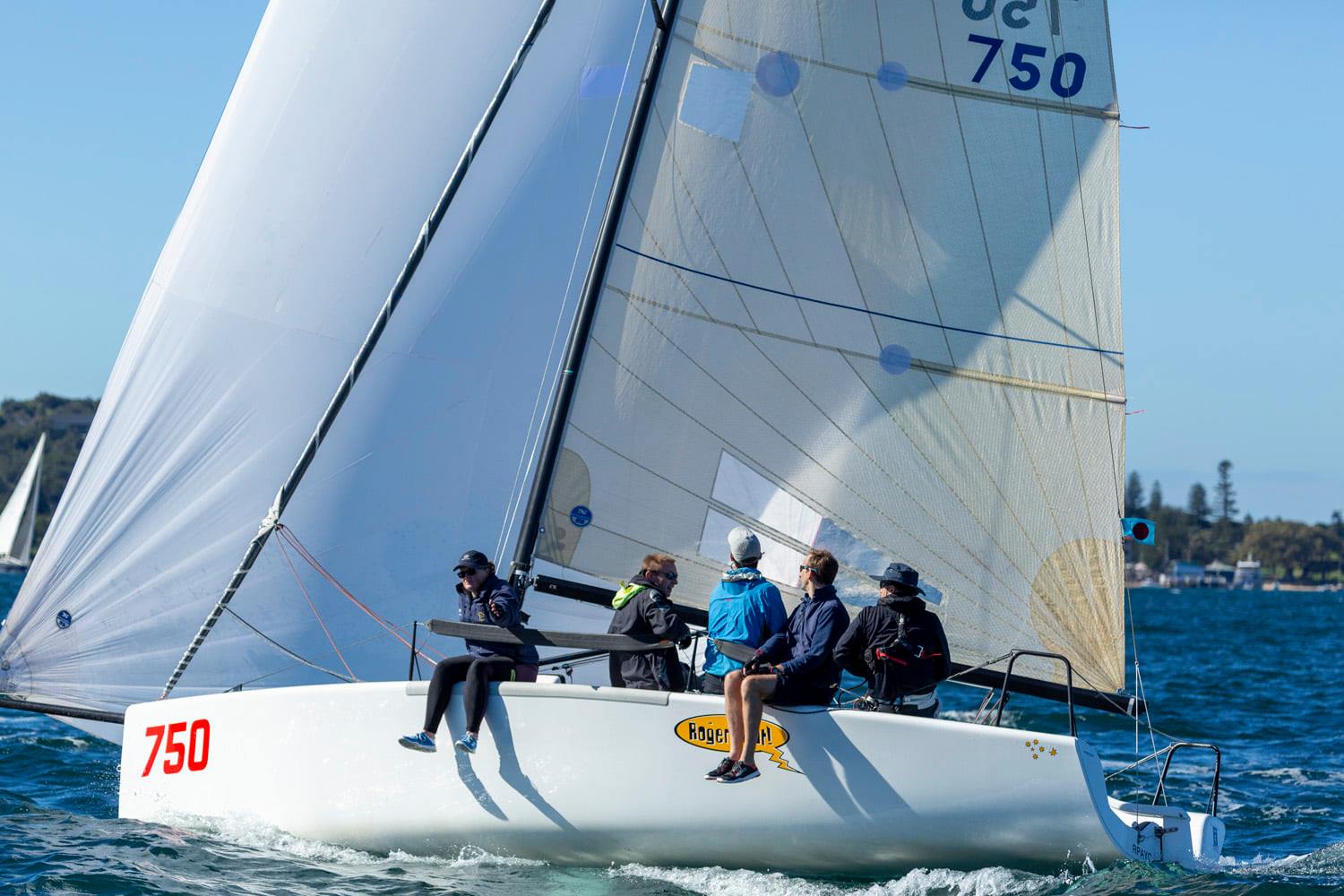 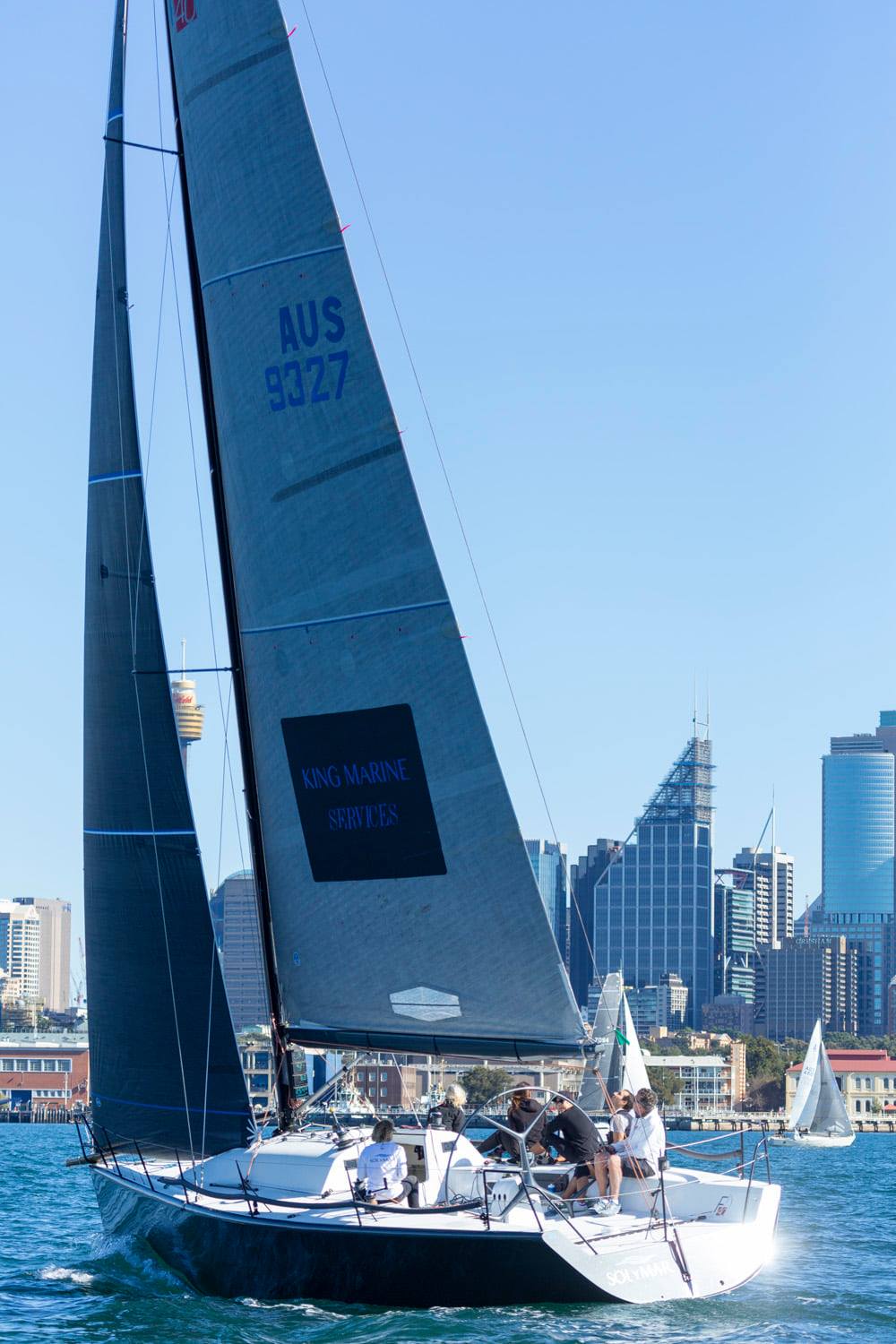 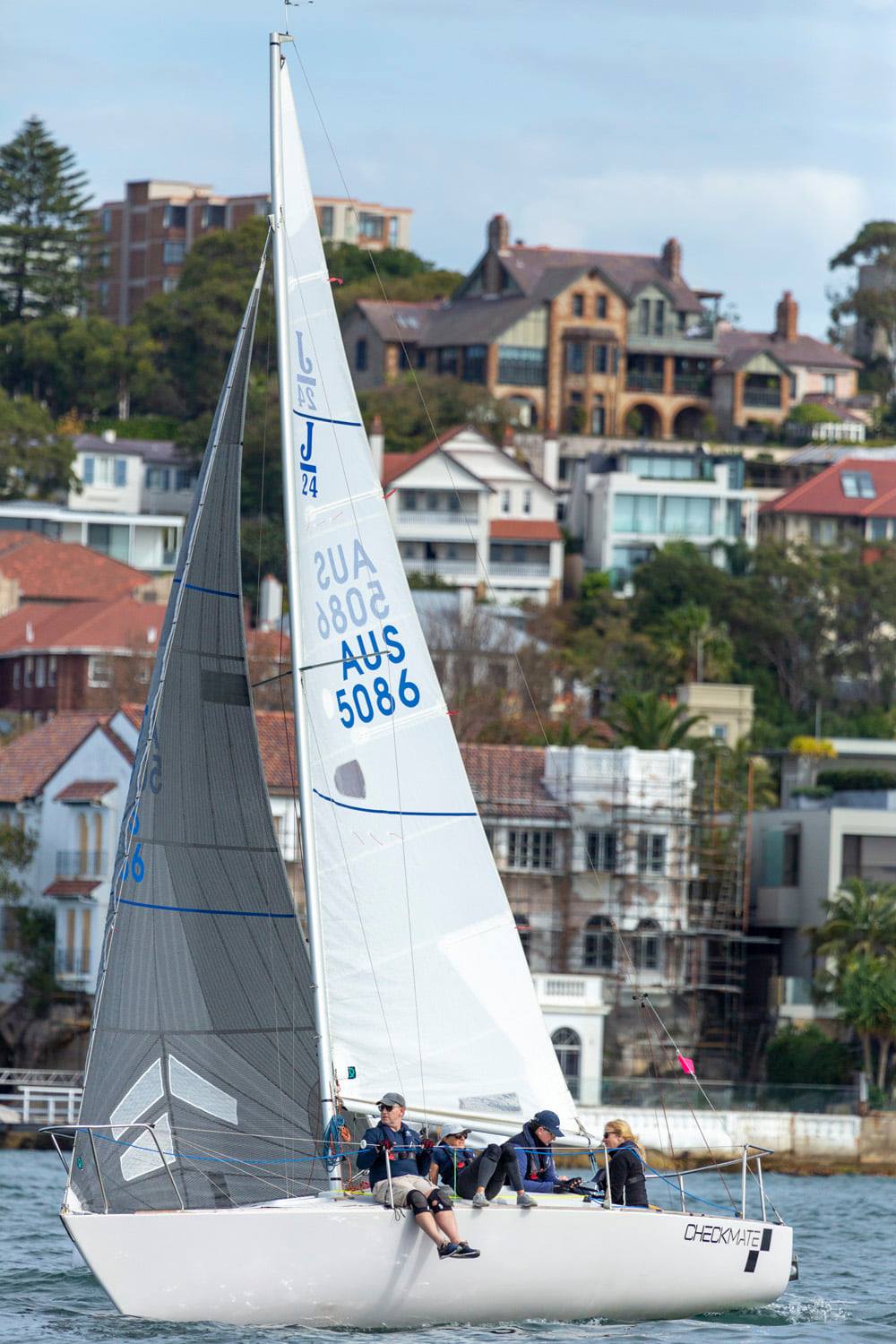 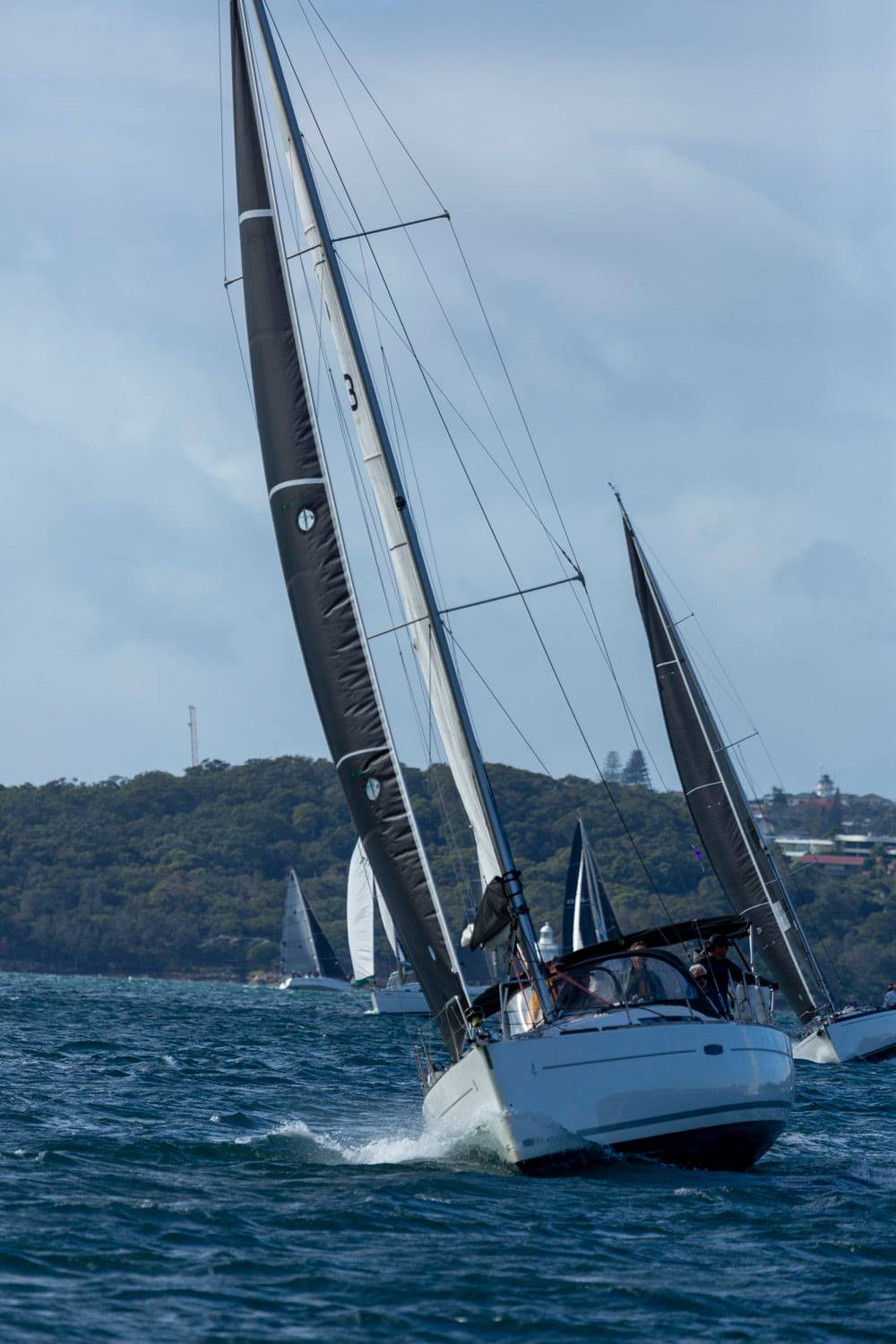 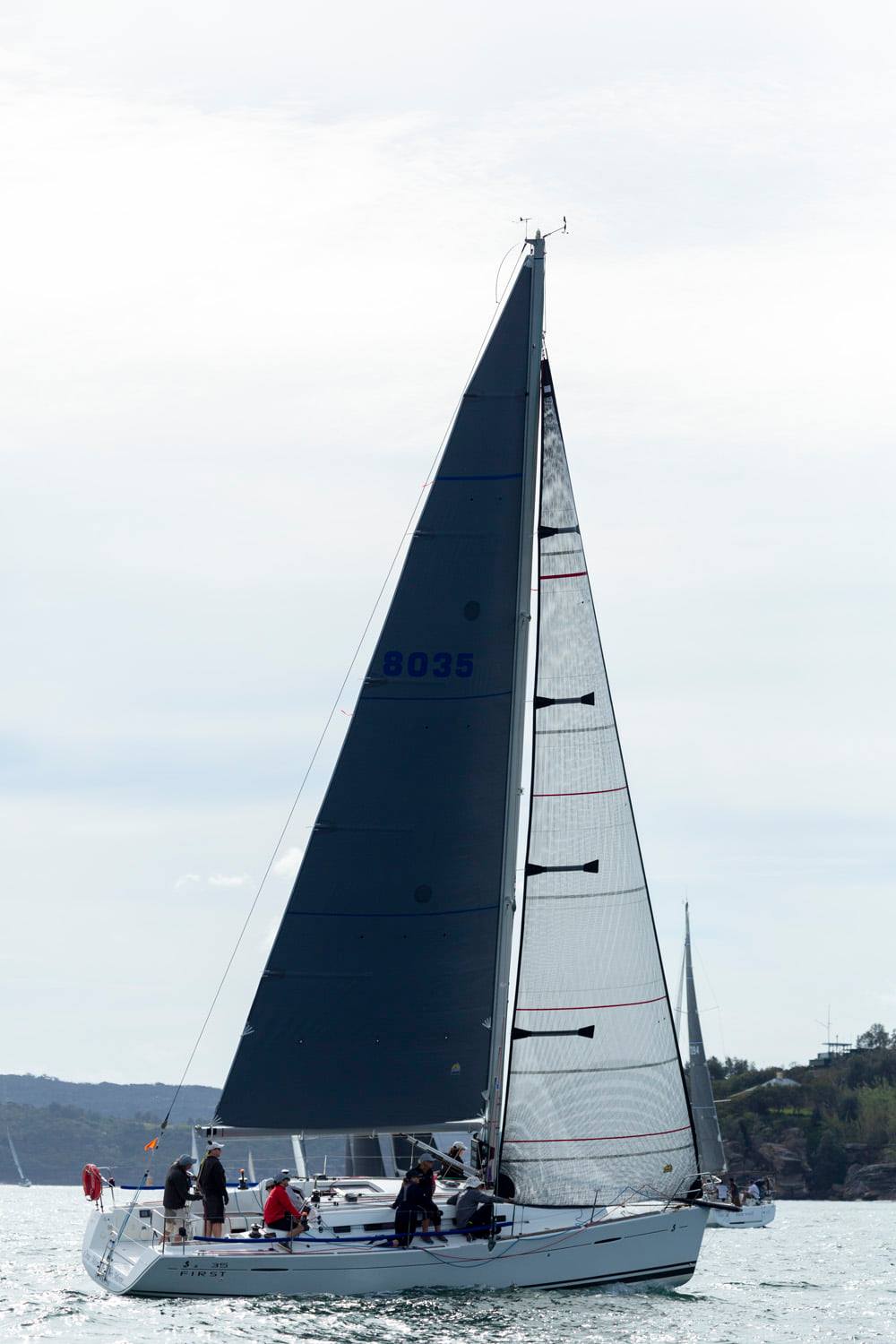 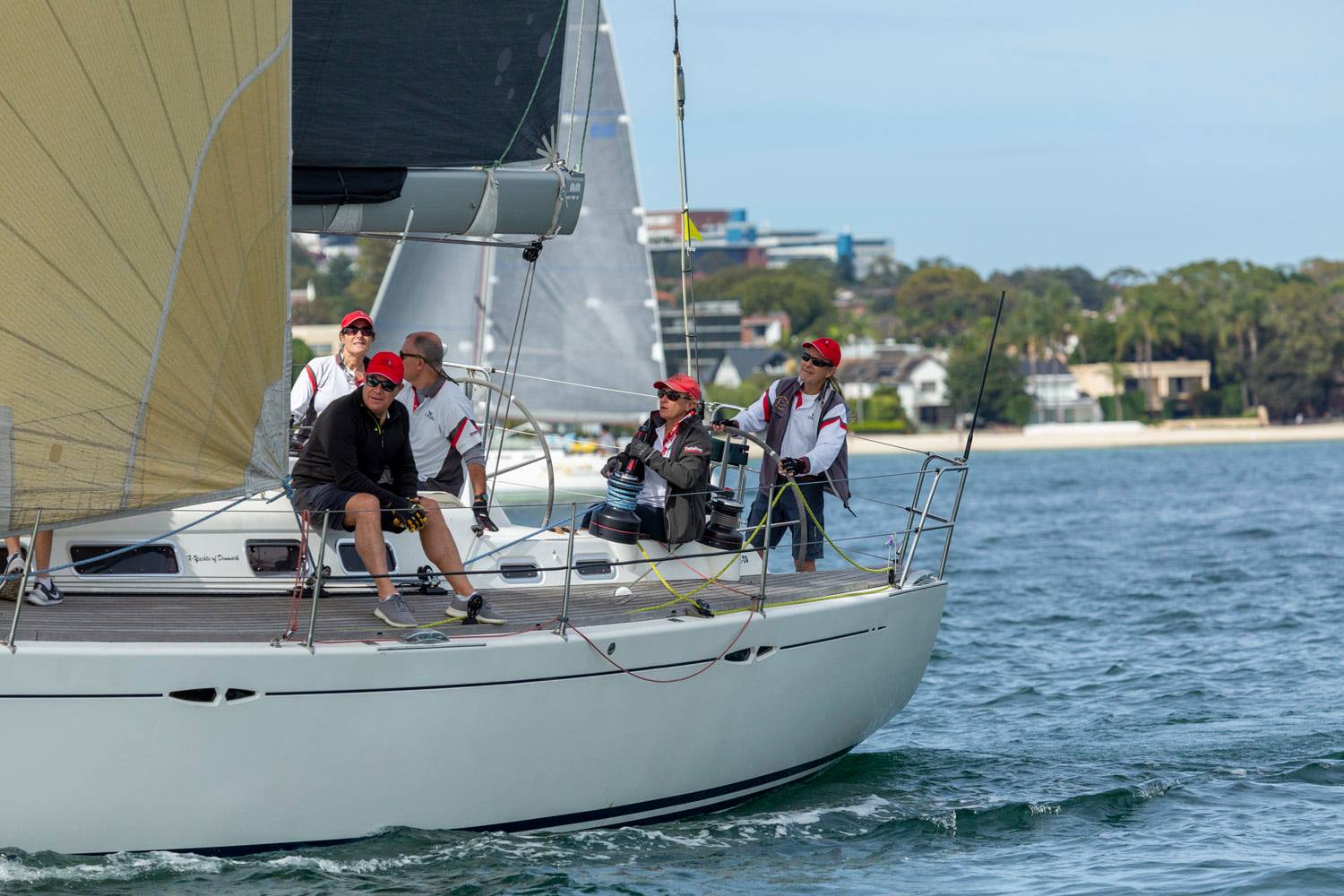 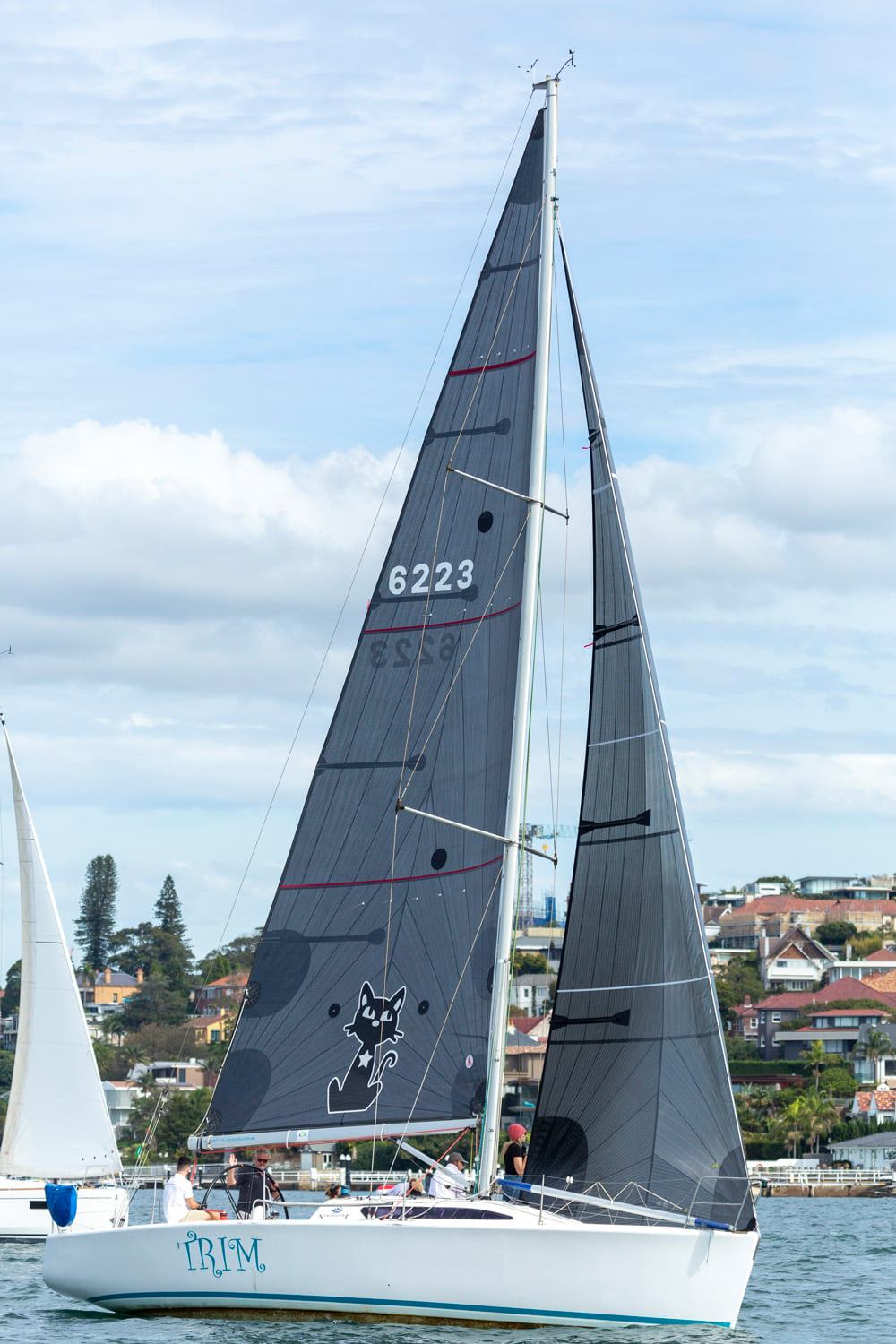 Congratulations to the 11 divisional winners from the 2021 Cruising Yacht Club of Australia’s Winter Series. With the final two races of the series abandoned due to COVID-19 restrictions, the winners were crowned from the seven completed pointscore races.

Adam Lavis’ Inglis/Dovell 50 Wild Thing got off to the perfect start with victory in Race 2 of the Winter Series. She went on to claim five podium finishes from seven races and surged into the overall lead thanks to consecutive second-place finishes in the final two pointscore races. Gordon Ketelbey’s TP52 Zen and David Gotze’s Lyons Cawse 60 Triton were hot on the heels of Wild Thing, finishing just one point back.

Consistency was the key for Les Goodridge’s X50 Wax Lyrical. Despite not winning a race, Wax Lyrical featured on the podium three times and was never lower than fifth, finishing second in the final race to overtake David De Coster’s Secret Men’s Business. Jonathan Linton’s Dehler 46 Llama II was third overall on 23 points.

12 of the 13 competitors in Division D were on the podium throughout the Winter Series. Ian Guanaria’s Beneteau First 35 One More No More took the overall lead after winning Race 4 and never looked back, reclaiming the Division D title she won in 2019. David Henry’s Sydney 36 Philosopher was third in Race 8 to pip Colin Geeves’ Beneteau First 34.7 Speedwell to second.

There was a thrilling tussle at the top of Division E throughout the Winter Series. David Ingram and Bradley Hastings’ Melges 24 Roger That finished on the podium in all eight races, scooping three pointscore wins in the process. Don Young’s Super 30 Krakatoa closed the gap with a first and second-place finish in the final two races to sit level on 10 points with Roger That. Roger That got the edge on a tie-breaker, with Krakatoa second overall and Rapid Transit (Andrew Wyllie, Beth Abbott and Michael McLean) third.

A tie-breaker was also needed to decide the Division F champion, with David Hundt’s Farr 40 Sagacious V getting the better of Charles Parry-Okeden’s Beneteau First 40.7 Crystal Cutter III. Sagacious V won three of the first four pointscore races, with 13 of the 15 competitors across the division claiming at least one podium finish during the series. Ted Tooher’s Beneteau First 47.7 Chancellor was second in each of the final two races to round out the overall pointscore podium.

Division G belonged to Fernando Tiglio’s J24 Checkmate. Checkmate won the first four races and although John Griffin’s Cheoy Lee 47ft Ketch Zara closed out the season strongly with three consecutive wins, Tiglio was second in each of those races to secure an impressive overall victory. Wendy Tuck’s J24 Pacatack was third on the back of four podium placings to start the series.

Mitch Gordon, Tony Clift and Daniel Hawkins’ The Goat made it back-to-back Winter Series wins in the Sydney 38 division. The 2020 champion was rewarded for her consistency, having finished on the podium in each of the pointscore races. Phil Herscovics’ Shine On was second after winning three of the seven pointscore races, while Larki Missiris’ Dal-Trans Wld1 – the Race 7 winner – was third overall.