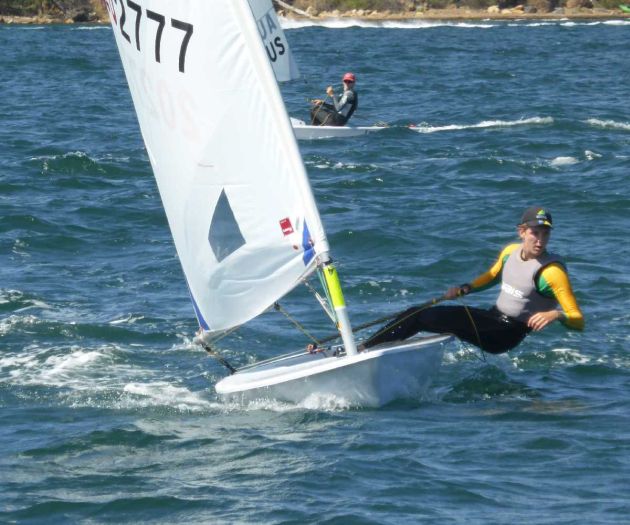 FSC had 26 laser sailors compete in the three Laser classes, with eight sailors in the Laser 4.7s, 11 Laser radial sailors and seven laser standard sailors competing against the best in the country for their classes National title.

The Laser 4.7 Class was a hotly contested class, with eight FSC sailors in the 52 boat fleet competing in four divisions: Open (all), Youth (under18), Junior (Under 16) and Female.

FSC Sailor Rome Featherstone won the Open and Youth (U18) 2016 Laser National Champion Title after leading the whole Regatta. Rome only took to the Laser 4.7 at the beginning of 2015 after a successful career in the optimist boat, and winning the 2014 Optimist Nationals. Closely following Rome, was fellow FSC Sailor Hayden Coote to take out second place in the laser 4.7 Open and first place for the Laser 4.7 Junior (Under 16). FSC Sailor Finn O’Dea earned a second place in the Laser 4.7 Junior (Under 16) Division. The Laser 4.7 Female Dvision was an all girls battle between FSC Sailors Hailey Johnson and Bee Allison. The Laser 4.7 Female 2016 Laser National Champion going to Hailey Johnson and a third place to Bee Allison.

The Laser Radial Class saw 11 FSC Sailors take on the best in the country in a fleet of 92, which was then divided in gold and silver to compete for the 2016 Laser Radial National title.

FSC Sailor and 2015 Youth World Laser Radial Champion Conor Nicholas had two race wins on the final day of racing to come from behind to claim the Laser Radial 2016 Laser National Champion Title by one point.

All of the Division results can be found via the below links.