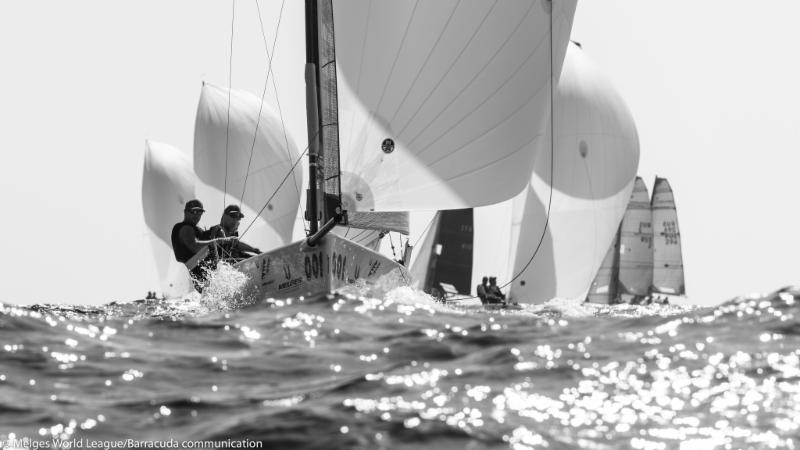 Cagliari, Italy: All it took was one last, wild ride on Saturday, the final day of competition at the 2018 Melges 20 World Championship hosted by Yacht Club Cagliari, to give class its second-ever, double, back-to-back world champion – Drew Freides' Pacific Yankee.

Filippo Pacinotti's Brontolo, with Manu Weiller as tactician, and crew members Federico Michetti and Silvia Morini, were runners up.

It was a hard fight on the final day, but what was key for Freides was his ability to stay ahead of Pacinotti and Rytov.

With the breeze coming from the east/south-east at 10-12 knots, the top three teams were separated by a very slim margin. While Pacinotti and Rytov chose the right side of the course, Freides went left. At the first weather mark, things were quite heated, as Freides rounded fourth behind Rytov in third, while Pacinotti was deep.

Just when it seemed that Pacinotti was out the game, his very experienced team clawed their way back into the top ten, finishing the race in sixth, behind Rytov in fifth.

With Freides in the winner seat, Mikhaylik had another great race, filling in the second place gap, with Krzysztof Krempec's Mag Tiny in third.

The 2019 World Championship happens April 4-7 in Miami, Florida, and will be hosted by the Coconut Grove Sailing Club.