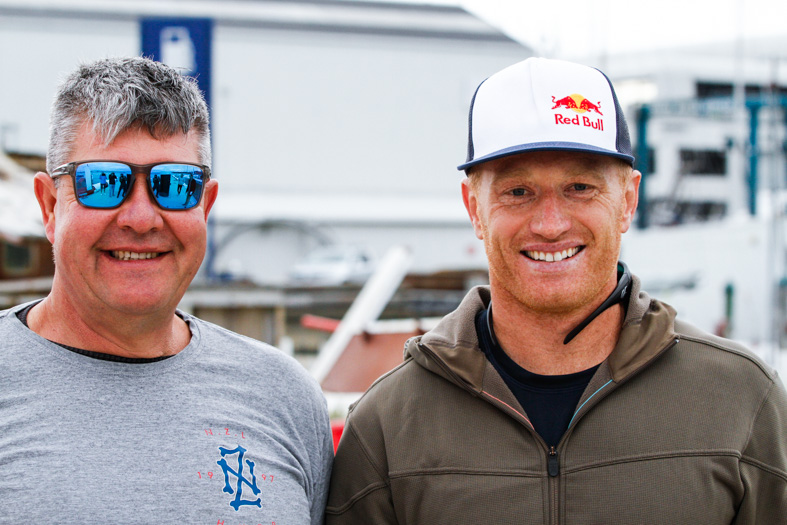 In a flurry of action and jostling for space on the start line, 150 yachts representing the spectrum of the New Zealand race fleet commenced the famous Auckland to Russell yacht race on Friday morning 20 October.

New Zealand yachting’s annual ice breaker, the PIC Coastal Classic is in its 35th year and kicks off the summer season with the opportunity to participate in the famous, iconic regatta.

The week’s weather predictions showed what looked set to be a very long race: a south-westerly that started well but was expected to dwindle during the day, just as the front runners were heading northwards and about to turn into the bay, meaning the first finishers were not expected until dinner time.

Instead a steady breeze was offered up for the first 100 nautical miles of the race, between Auckland and Cape Brett.

For Simon Hull and Frank Sailing (formerly TeamVodafone), who had invited Jimmy Spithill to join them for the race, a wait for wind at Brett was a nail biting moment: Simon’s big ORMA60 had overtaken its rival, the gigantic new MOD70 Beau Geste in the first hour of the race, and achieved their best ever time to Sail Rock.

At that point a new race record was on the cards. Frank Sailing set the current record of 5 hours 13 minutes and 21 seconds just three years ago in 2015.

But then things got more frustrating than a Labour Weekend traffic jam as the curse of the traditional Cape Brett ‘parking lot’ syndrome kicked in, with both boats wasting precious minutes waiting for breeze to reappear while the opportunity of a race record disappeared.

Eventually, careful tactical sailing gave Frank Racing the lead and they were able to gradually extend that on the 19nm upwind leg into Russell, to cross the finish line in a time of 6 hours, 4 minutes and 44 seconds.

Shane Bellingham’s 8.5m French built catamaran Charleston, one of the ten smallest boats in the fleet, was third to finish, in 8 hours, 18 minutes and 5 seconds – narrowly outside of the record window for its division.

One hundred and forty seven boats are still at sea.

The PIC Coastal Classic has been sponsored by PIC Insurance Brokers for five years. It is New Zealand’s biggest yacht race and one of the biggest of its type in the world.

Starting off Devonport Wharf in Auckland, the race finishes off Russell Wharf in the Bay of Islands. Supporting sponsors are 36° Brokers, B&G, Zhik, Railblaza, Doyle Stratis, Yachting NZ and Mount Gay Rum, creating a family of sponsors that help deliver this great race each year since 1984.