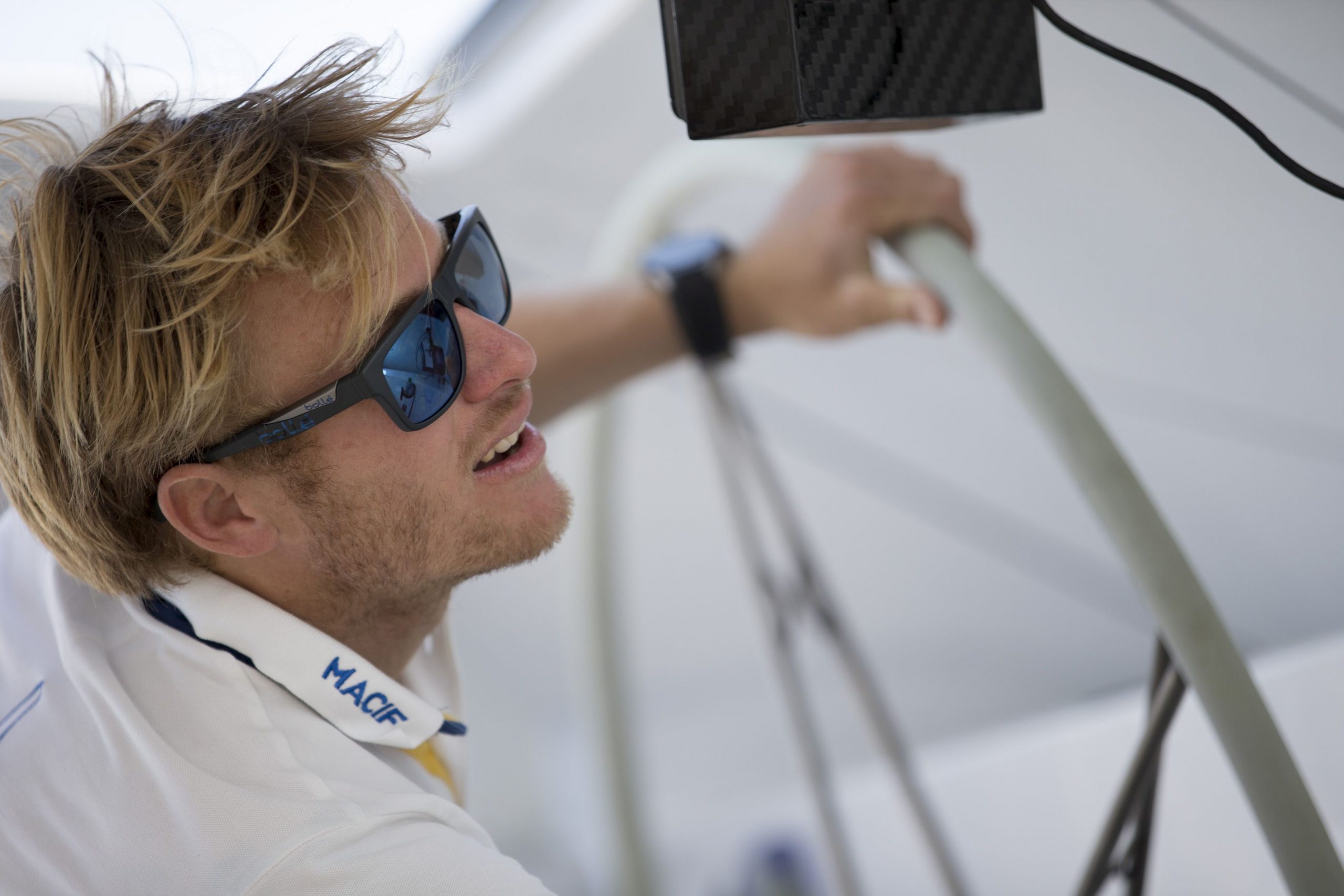 One week after passing the longitude of Cape horn, once again François Gabart has clocked up an extraordinary time at the equator, which he crossed this Sunday, 10 December, at 11:35 (UTC+1), 36 days, 1 hour and 30 minutes after the start in Ouessant.

The skipper of the MACIF trimaran now has a lead of 5 days, 13 hours and 23 minutes over the passage time of the current single-handed round the world record holder, Thomas Coville, who entered the northern hemisphere after 41 days, 14 hours and 53 minutes. This performance represents the second best time outright, with crew and single-handed combined, on the Ouessant-Equator course in the return direction. Only Francis Joyon and his five crewmen on IDEC Sport have achieved better to date (35 days, 4 hours and 09 minutes).

Although François Gabart was tossed about after rounding Cape Horn in very severe weather conditions due to a low off the Argentinian coast, his sail up the South Atlantic has been exceptional, since he has achieved the best time outright, crewed and single-handed combined, on the Cape Horn-Equator section, with a performance of 06 days, 22 hours and 15 minutes, improving the reference time held up until then by the crew of Banque Populaire V, in the Jules Verne Trophy 2011-2012, in 7 days, 4 hours and 27 minutes.

In so doing, he adds a new intermediary single-handed Equator-Equator record* to his list of performances, of 30 days, 4 hours and 45 minutes, held up until now by Thomas Coville, with 35 days, 21 hours and 39 minutes.

This means that as he approaches the last section of this round the world, the skipper of the MACIF trimaran seems to be in a good position to reach Ouessant before 23 December, at 13:09 (UTC+1), the final date and time to beat the single-handed round the world record held by Thomas Coville. However, the round the world is not over yet, as he still must sail through the doldrums, which is followed by a strong-looking trade wind and a high-pressure area in the Azores to go round.   All this with a boat and a sailor, who, despite the difficulties encountered, remain focussed on their original goal of reaching Ouessant as fast as possible.

(* subject to confirmation by the WSSRC)