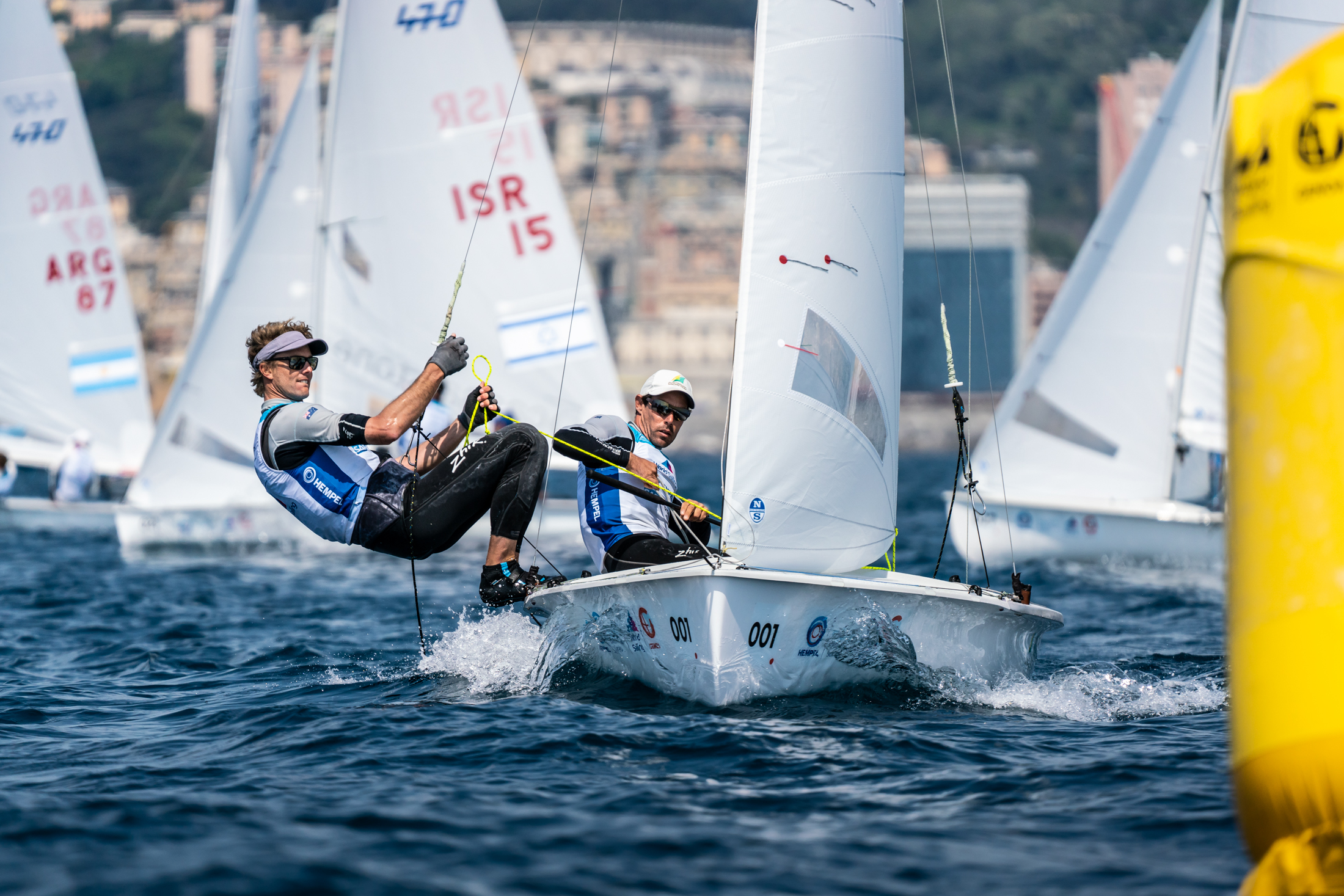 Australia’s Mat Belcher and Jamie Ryan finished just off the podium in fourth in the Men’s, missing out by four points, while the Australian Women’s team of Nia Jerwood and Monique De Vries, placed 17th

The sixth and final day of the 470 European Championship 2021 concluded in Vilamoura, Portugal in Medal Race mode.

Champagne sailing delivered three fantastic Medal Races, with plenty of action. Only the top 10 teams in each fleet sailed the Medal Race, so the best 60 sailors were out fighting for the podium positions.

Non-stop action all along the day, with the Men’s fleet providing dramatic action right up to the last minute. The 470 European Championship 2021 comes to its end with the following results:

The Open European Championship was won by Paul Snow-Hansen and Dan Willcox from New Zealand, who finished at the top of the scoreboard.

The European Championships were the last chance for the 470 sailors to meet and test before the Olympic Games in Enoshima in July. Competitors got a good workout as no races missed and there was a lot of fun and great spirit among everyone.

Full results and all information: https://2021europeans.470.org/en/default/races/race