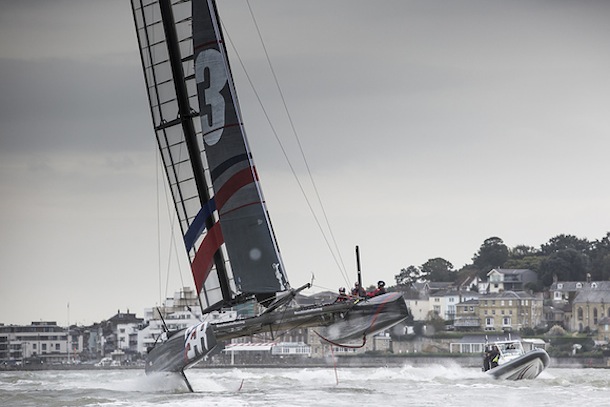 Australians can watch every regatta of the 35th America’s Cup on FOX SPORTS Australia, which has acquired exclusive rights to the event.

“With this agreement, FOX SPORTS has demonstrated a strong commitment to the America’s Cup,” said Harvey Schiller, the Commercial Commissioner of the event.

“Australian sailors like Jimmy Spithill and Tom Slingsby (ORACLE TEAM USA), and Glenn Ashby (Emirates Team New Zealand) and Nathan Outteridge (Artemis Racing) are playing important roles on their teams, and Australian prominence in the America’s Cup is at its highest point since the 1980s. We’re excited to be able to bring coverage of these national sailing heroes to Australian fans with FOX SPORTS.”

FOX SPORTS CEO, Patrick Delany, said: “Sailing by definition used to be boring but the development of the sport over the last two seasons has moved avant-garde, making it now one of the most prestigious events on the world sporting calendar. These 15-metre cats will hurtle around the racecourse at up to 85-kilometres per hour, all captured with state of art broadcasting technology and mind blowing graphics.

“Although most people are aware there is no Australian boat, we know that some of the boats are crewed and skippered by Australian and New Zealand athletes, bringing back the old rivalry with our Tasman friends.”

“It’s a seriously cool sport that we are thrilled to be the exclusive broadcast partner of,” Mr Delany concluded.