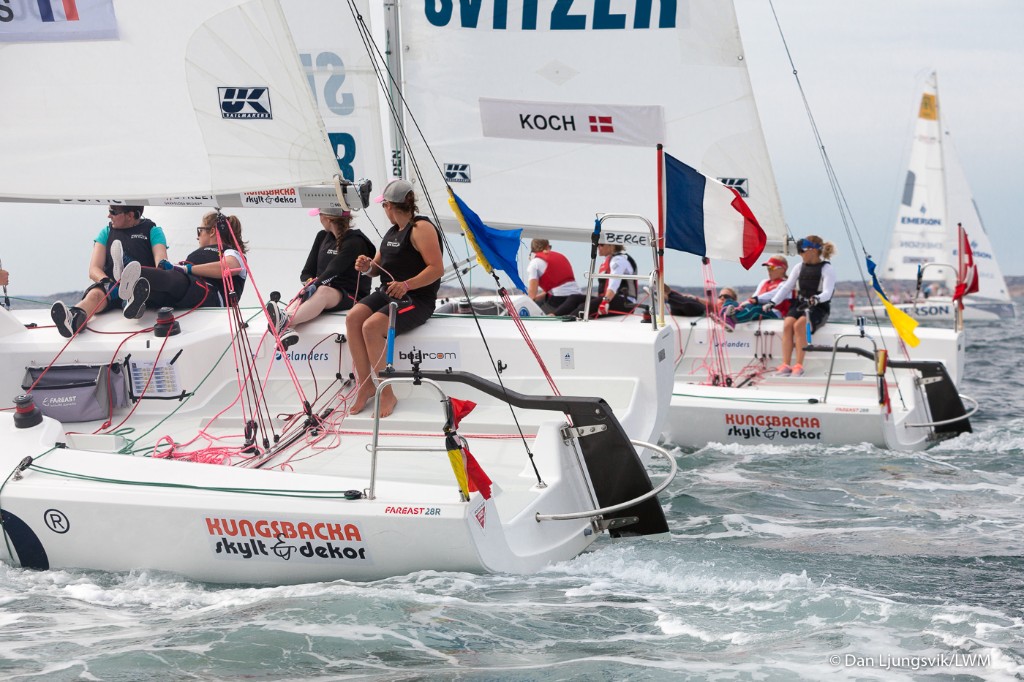 On Thursday, the round-robin ended in spectacular fashion and the quarter-finals kicked off with some fantastic match racing. On Friday, the race committee decided to cancel the competitions due to stormy winds and terminated the quarter-final stage. This means the results from yesterday stand.

Two Swedish teams are qualified. One of them is Anna Ostling and her crew – Team Anna, ranked number one in the world.

”We’ve felt more confident and we’ve developed our gennaker sailing that we struggled with last year. We’ve definitely taken a step forward this year but so have the other teams so tomorrow we need to go out and deliver,” says Linnea Wennergren, trimmer for Team Anna.

Team Bergqvist Match Racing with skipper Johanna Bergqvist is the other Swedish team in tomorrow’s semi-finals. They took second place in the last WIM Series in Helsinki earlier this summer, but they lost against Ostling in the Lysekil Women’s Match round-robin.

”If we get to race against Team Anna, I think it’s going to be an interesting match. We sail completely different and they challenge us, but we’ve taken them before,” says Isabelle Bergqvist, main/tactics in team Bergqvist Match Racing. ”It feels so good to have past quarter-finals, so we can show everyone what we’re made of.”

Last year’s finalist and winner of WIM Series 2017, Pauline Courtois and her Match in Pink by Nornady Elite Team also qualified for the semi-finals after two victories against Marinella Laaksonen (FIN) as well as Henriette Koch (DEN) won over Antonia Degerlund (FIN).

As the winner of the round robin stage, Koch’s team will get to select their opponent for their semi-final match – a secret that will be revealed in the morning meeting.