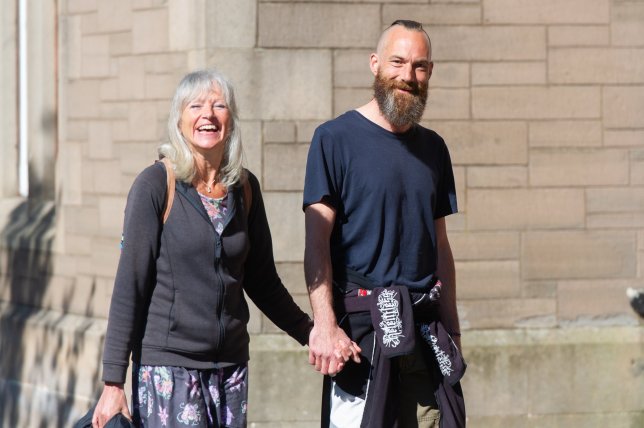 From our weird and wonderful file comes this story by Basit Mamood of Metro in the UK:

An ex-soldier has admitted taking a 27ft yacht on a bizarre nautical joyride.

Richard Gould, 42, and his partner follow a shamanic existence and he decided to take the boat to show it ‘some love’, a court has heard. The pair have been travelling by foot and sleeping under the sky for two years, guided by an ancient spiritual practice of transcendental energy.

Gould, an Afghanistan veteran, and partner Vivienne Duke, 52, sparked a land and sea operation to recover the £15,000 Osprey after going for a nautical joyride in the vessel last September. Officers tracked them to Lunan Bay, Angus, before Police Scotland’s specialist marine unit boarded the vessel and took the couple into the boat’s home port of Arbroath.

Both were later charged with theft of the yacht, however halfway through a Forfar Sheriff Court trial on Monday, Gould decided to change his plea to guilty, whereas Duke offered a not guilty plea.

Osprey’s owner, Fife man Michael Gray, said he only realised what had happened when he logged on to an Arbroath seafront webcam on September 22 and noticed the yacht was missing from its berth in the marina.

“I went to the harbourmaster to see if he had moved it. He was surprised it wasn’t there,” said the 60-year-old in evidence.

Police and the RNLI were both involved in the pursuit of the Osprey along the Angus coast. Gould’s solicitor Billy Rennie said his client regarded the offence as essentially ‘temporary deprivation’ of the yacht.

Read the rest of the story at Metro.