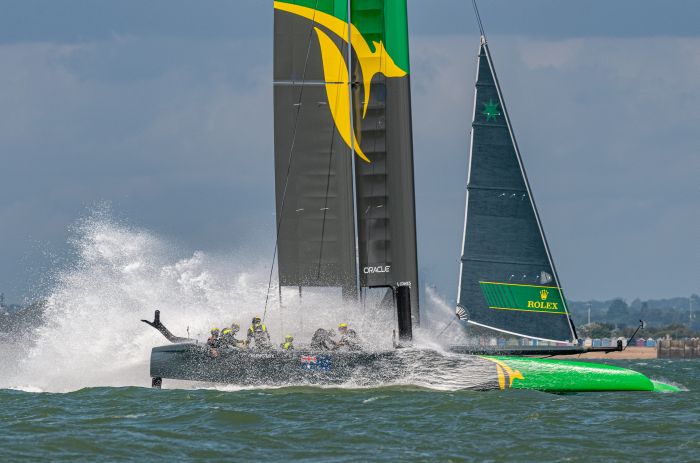 COWES, UK– August 7, 2019  –  The Australia SailGP Team’s revolutionary F50, emblazoned with a giant kangaroo, set sail on the Solent, UK, for the first time today, delivering show stopping drama and a glimpse of what to expect when the European debut SailGP event opens in Cowes, Isle of Wight, on 11 and 12 August.

During training the Aussies not only broke the sport’s coveted 50-knot speed barrier but set a new speed record for the SailGP league. The team flew their foiling 50-foot catamaran at 51.24 knots (94 kph), within the first hour of training, surpassing Great Britain’s recorded speed of 50.22 knots (93 kph) from the previous day.

“It was an awesome moment for the crew when we hit the 50-knot mark as it’s been something we’ve been trying to achieve all season. We were obviously disappointed that Great Britain broke through the barrier first as they hit the water before us, but we were pumped to be able to not only hit the 50-knot mark but actually beat Great Britain's speed and reach 51.24 knots on our first day on the water,” said Slingsby.

The action didn’t end there for the Aussies, when on route back to shore, the team experienced challenges during a low-speed gybe.  The outcome was a damaged wing-flap and a time crunch to remain in contention for Cowes SailGP. 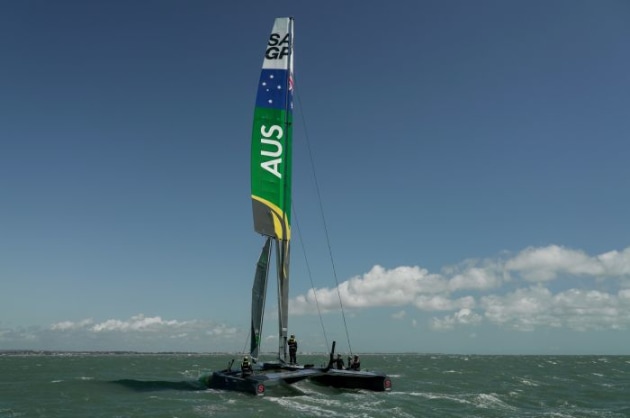 “The wing is broken and it’s going to take a few days to fix so we will miss training tomorrow and probably won’t sail until we race on the weekend. It’s unfortunate but it’s what happens when you only have two days of training scheduled and you break your gear on day one. We will be going into the event now with two hours of training compared to other teams who have been sailing for a week which is tough,” said Slingsby.

Now, with a deadline, the team will race against the clock to ensure the F50 will be back on the water to race, “we have an amazing technical team onshore here,” said Slingsby, “and they’re going to put in some long hours to help us get back out racing.”

The Australia SailGP Team is set to take on rival teams from China, France, Great Britain, Japan and the United States on Saturday, August 10 and Sunday, August 11 in front of the SailGP Grandstand along Cowes seafront.

All six teams will now be seeking to break 50 knots for the first time ever in a sailing race – truly setting the official record for SailGP – taking advantage of the strong sea breezes and tidal flows in Cowes, which is widely regarded as one of the world's top sailing venues.

Sailing fans based in the UK will have free access to the Cowes SailGP Race Village, offering a seafront view and live commentary of all of the races. Fans based in Australia can also follow all of the action of SailGP Cowes on the SailGP app and live on official broadcasters Fox Sports and Kayo Sports.