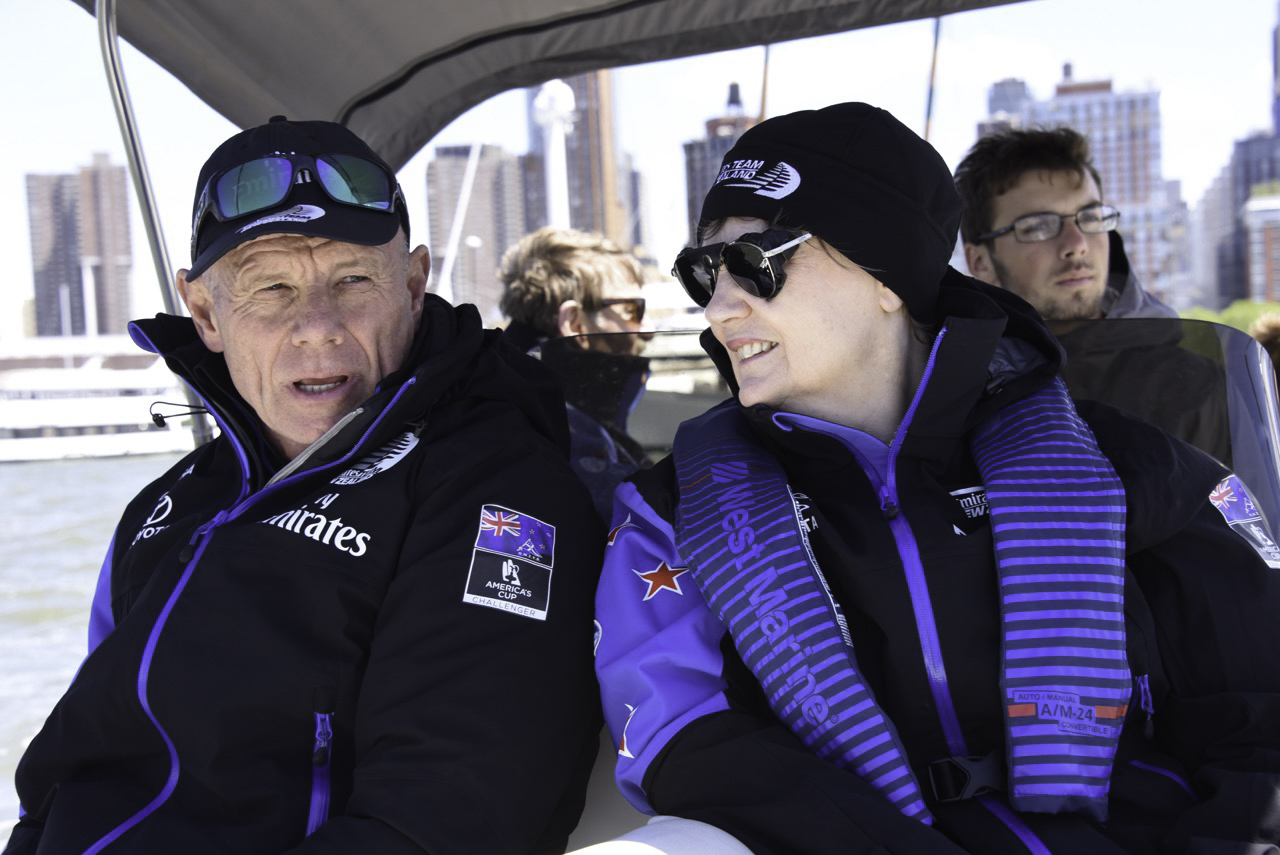 The former Prime Minister of New Zealand and Administrator of the United Nations Development Program has accepted the offer from Emirates Team New Zealand CEO Grant Dalton to become an ongoing advocate of the team and its objectives towards defending the America’s Cup in 2021 and beyond.

“I have always had the utmost respect for Helen and everything she has achieved and stood for. She has been a staunch supporter of Emirates Team New Zealand for a long time, and certainly since I joined the team in 2003 her ongoing support through its highs and lows has been a motivating factor for me personally, Dalton said.

“So it is a great honour to have been able to officially include her as part of Emirates Team New Zealand and Patron of the team.”

“I’m thrilled to become Patron of Emirates Team New Zealand in the run up to the America’s Cup defence in Auckland,” Helen Clark said. “They are tremendous ambassadors for New Zealand: as fair players and as a dedicated and resilient team, they embody values we hold dear in our country.

“As well, Emirates Team New Zealand’s efforts and profile build interest in New Zealand as a destination, an innovator and designer, an exporter of technology, and a good country with which do business.

“We are in to win the Cup again, and, as in the past, that will require a huge mobilisation of goodwill and support at home and abroad. I am happy to lend my voice and good offices to that effort.”