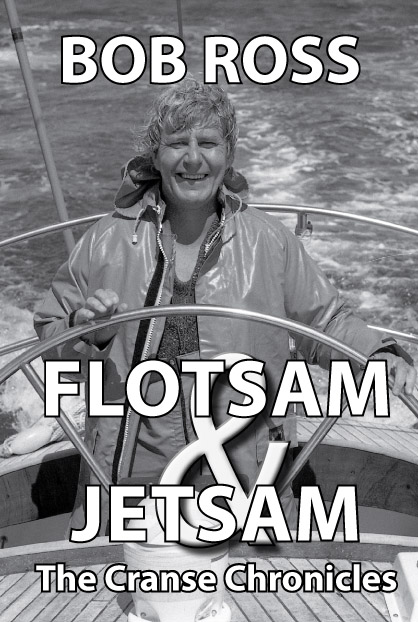 For more than 30 years, a collection of characters, curious situations and humorous bits and pieces has washed across the desk of sailing magazine editor and columnist Bob Ross and published in Australian Sailing magazine in Bob Cranse’s By the Way column.

Running since 1976, now the best of them have been rescued and collected together into Flotsam and Jetsam: The Cranse Chronicles.

This is the ideal short-read bunkside or bedside companion to restore a smile to the face at the end of a rough day on the water or on shore. Pick it up for a few laughs; put it down and save some for later.

As well as hundreds of stories and yarns, Ross’s photos enhance the text and bring to life many of the characters portrayed.

The 152 page book is available through Amazon as well as an e-book for Kindle.

Bob Ross has been employed in yachting media for most of his life, and in 1976 he co-founded Australian Sailing magazine, along with Ken McLachlan, which grew to become the leading competitive sailing magazine in Australia. When Bob was sailing correspondent for the Sydney Morning Herald, he also wrote for the Sydney Sun, but under the pseudonym of Bob Cranse. The name followed him to Australian Sailing where his irreverent column, By the Way, became a regular highlight. Bob is now retired, but still writes the column. Cranse’s column is now in its 40th year.

Some samples from the book can be found here with some of the photos reproduced above – click on the images to see more.

Published by Boatswain Books (boatswainbooks.uk) it is available in most countries through Amazon channels for £10, €13 or $15. Trade enquiries welcome.