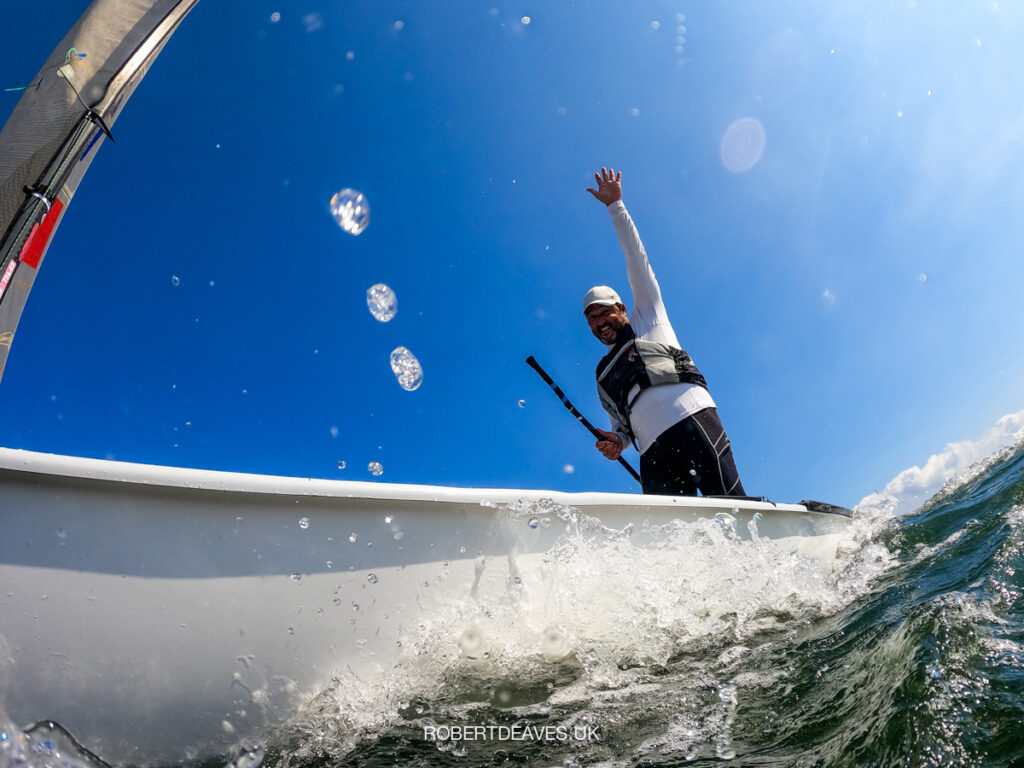 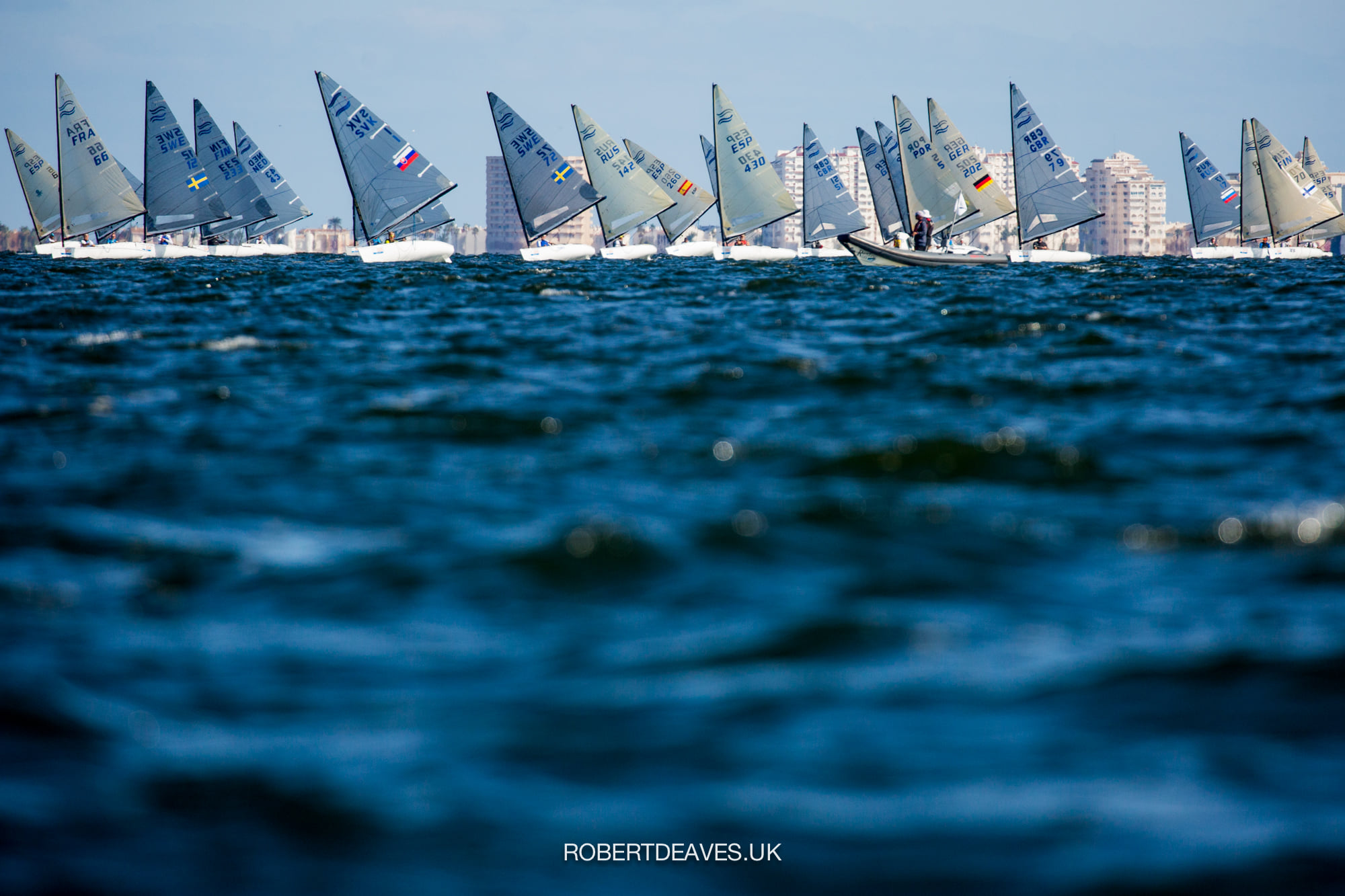 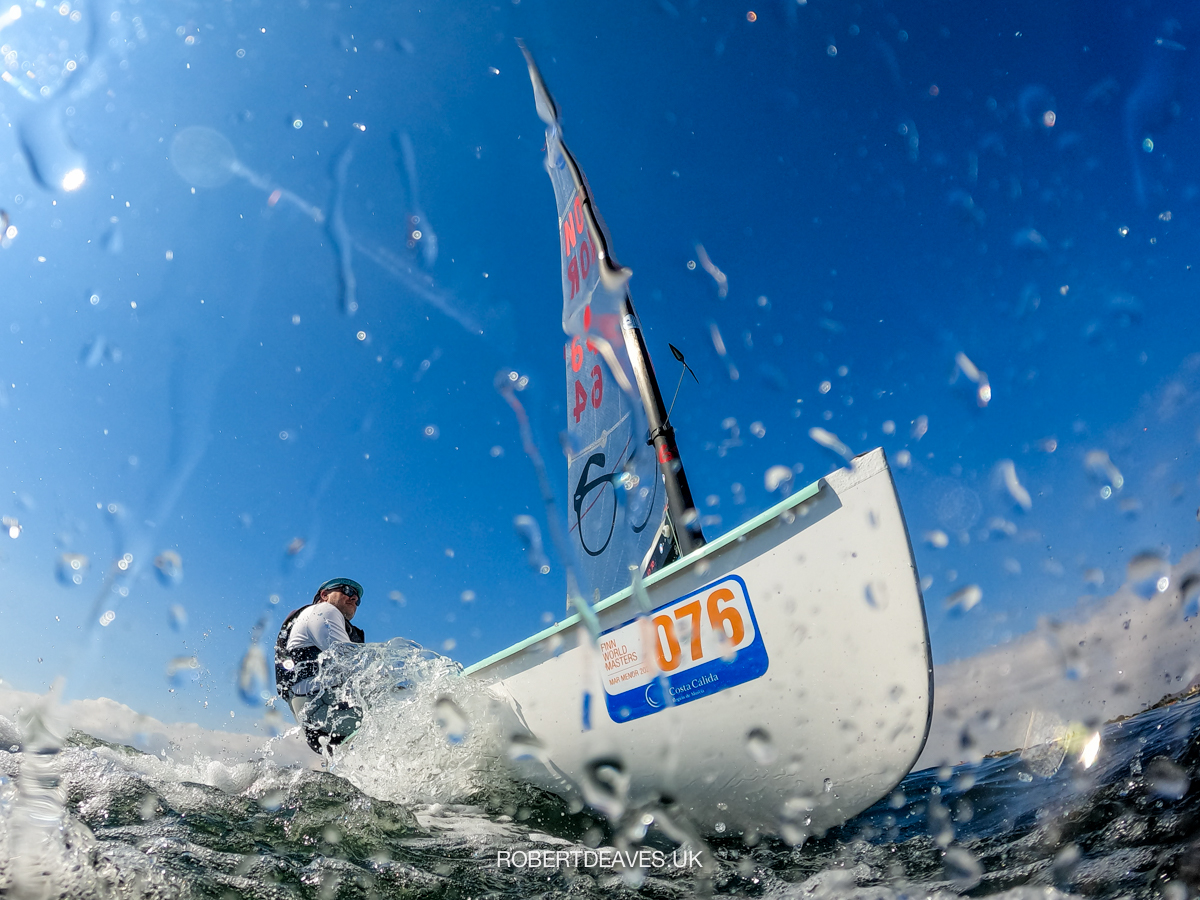 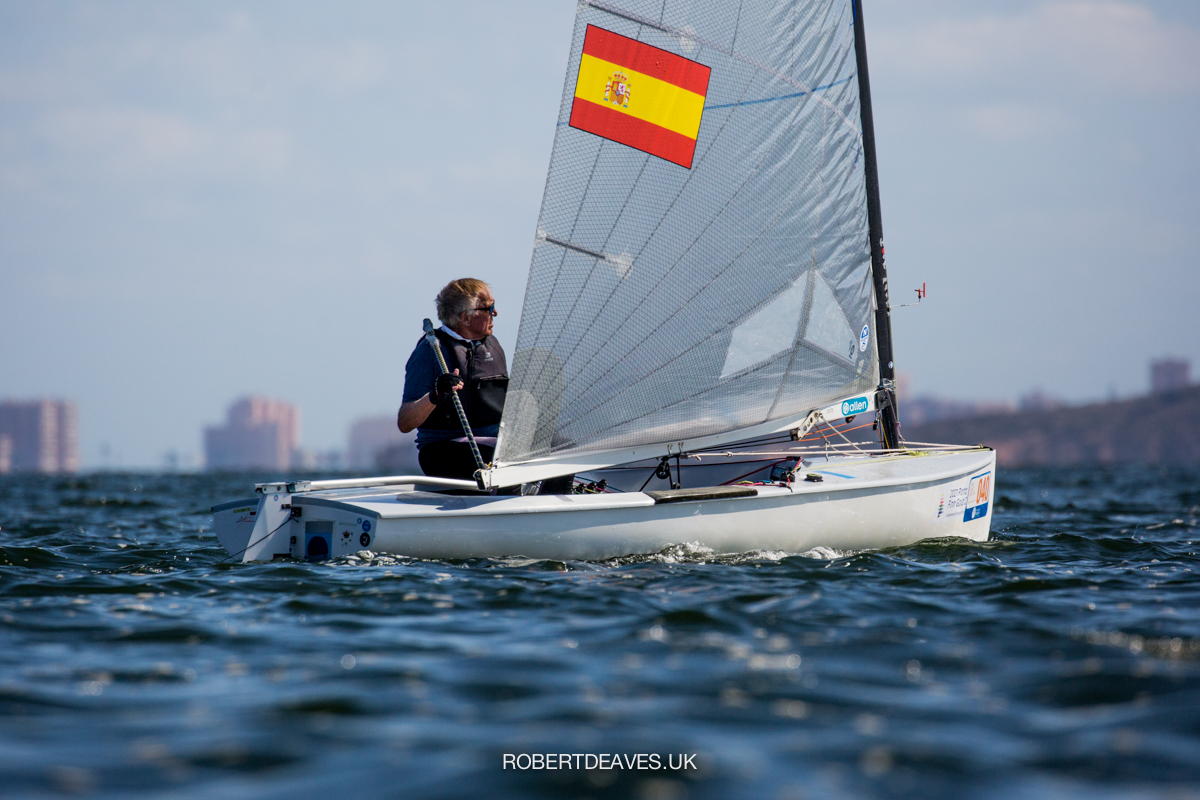 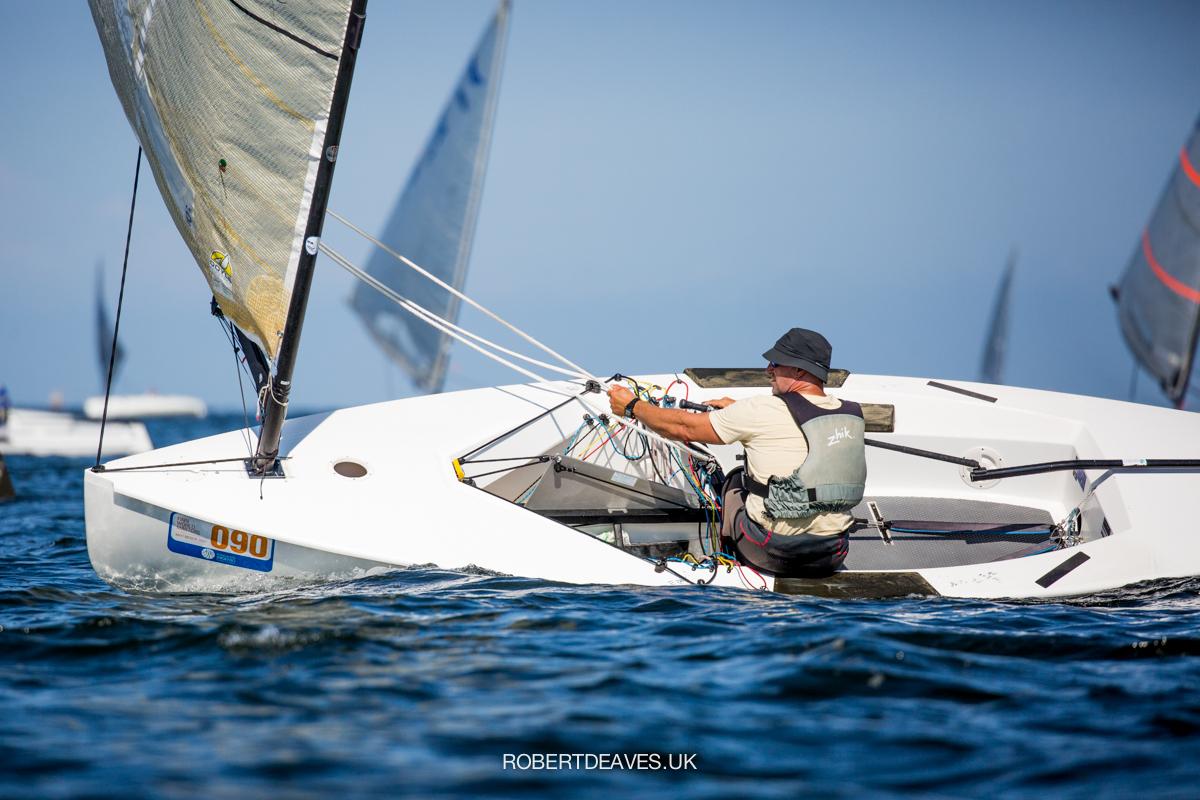 Only one race was scheduled on the third day of the 2021 Finn World Masters on Mar Menor, Murcia, Spain.

Anthony Nossiter, from Australia, led from start to finish in the light winds only to find he’d been black flagged for the second race running, handing the race win to Laurent Hay, from France, while Akos Lukats, from Hungary was second, and Mats Johnsson, from Sweden, third.

But overall after the discard comes into play, Valarian Lebrun, from France, maintains his lead, albeit now down to five points ahead of Filipe Silva, from Portugal, with David Terol, from Spain, in third, another six points back.

Under a searing sun, the wind remained absent for most of the morning, leading to a one-hour postponement ashore and a further wait on the water while the light breeze stabilised. Race five was started in 6-7 knots and built to perhaps 8-9 on the final downwind, but again the two sides of the course produced widely different conditions and some more surprise results.

Coming off the pin end, Nossiter made a huge jump on the fleet and was soon a country mile ahead. However, a check on the board as he crossed the finish line affirmed his worst fears and he now has two consecutive black flags.

In his place as winner, second across the line Hay took the race win to move up to fourth overall after suffering his own black flag yesterday. He also takes the lead in the Grand Master category.

Super Legend Richard Hart, from Britain, dropped to 78th, but is still the standout over 80-year-old here. Likewise, Greg Wilcox, from New Zealand dropped to 11th, but still leads the Grand Masters, though double Masters World champion John Greenwood, from Britain, has been closing the gap. Dutchman, Henk de Jager’s lead in the Legends has also dropped to just three points, so it is still very much game on in many age groups.

Tonight the 108 Masters from 20 countries will be enjoying the traditional Masters Dinner, along with the mid-week prizegiving at a top restaurant in town. A spectacular time is sure to be had by all.

Racing continues Thursday with two more races scheduled. A maximum of three more races are needed to complete the series, which concludes Friday.