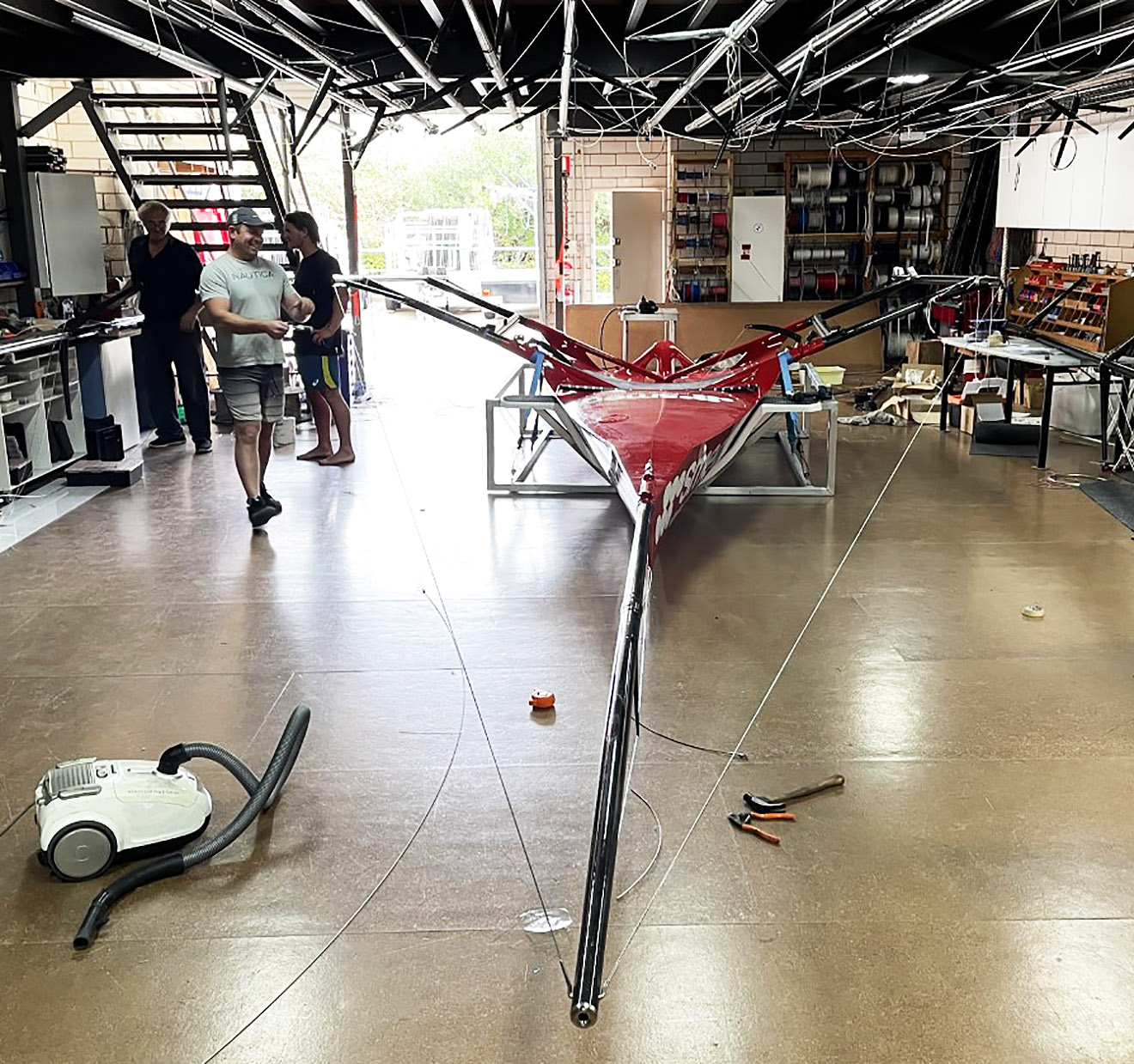 Despite the uncertainty around the Covid-19 pandemic situation in Sydney, the Australian 18 Footers League has been moving ahead at full speed in preparation for its 87th season of 18ft skiff racing on Sydney Harbour.

As the club’s opening race of the 2021-22 season, the Spring Championship – race one, gets closer to reality, it’s time to take a quick look at the teams.

The 2021-22 Smeg team is one of the four teams with a brand new Van Munster hull and will again have Ricky Bridge sailing on the sheet.

One crew change comes in the bow. The multi-winning JJ Giltinan champion Trent Barnabas has retired and this season is replaced by his son, Zac, who is having his first full season in the 18s.

Michael Coxon is keen to get back on the water for the new season after being locked-down for the past three months in Sydney, and the team is going full speed to get the new hull ready for racing.  “Last week was a busy weekend, at Baz Atkins’ loft,” said Coxon. “We’ve still got to fit the centreboard, run lines and sort wings, but it’s coming together well.  It has been fun, organised chaos.

“We’re looking forward to the strong competition we will get from our major rivals, but I’m also keen to see some of the new, young talent joining the fleet this year.”

Despite the favouritism, Smeg will certainly have a number of strong challenges for all major championships as well as the club’s championship and Season Point Score.

Jack Macartney’s Tech2 has won the past two Australian championships and will go into the new season with the same team of Charlie Gundy and Lewis Brake.

Another strong challenge is expected to come from the Marcus Ashley-Jones led Lazarus Capital Partners team.  Marcus will again have Jeronimo Harrison and Cam Gundy in the team and also has a new Van Munster hull.

Sean Langman, who holds the speed record of 2 days 19 hours 2 minutes 45 seconds between Sydney and Auckland, in the 60ft trimaran named Team Australia, has a new Van Munster hull for his 21-22 season Noakesailing campaign.

The other international champion is 2004 JJ Giltinan champion Rob Greenhalgh, who will skipper Finport Finance.  As well as being one of only three skippers from the northern hemisphere to win the world’s most prestigious 18s title, Rob won the 2006 Volvo Ocean Race on ABN Amro One, the 2007 Extreme Sailing Series and was also a member of the transatlantic record-breaking Comanche team.

The club’s two top officials, President John Winning and Commodore Simon Nearn, will again race in the 21-22 fleet.  John has a new Yandoo hull for his 37th season.  Simon has a combination of new sponsors and will race as Burrawang-Young Henrys.

John and his Yandoo team is the defending champion in both the Spring Championship and Season Point Score.