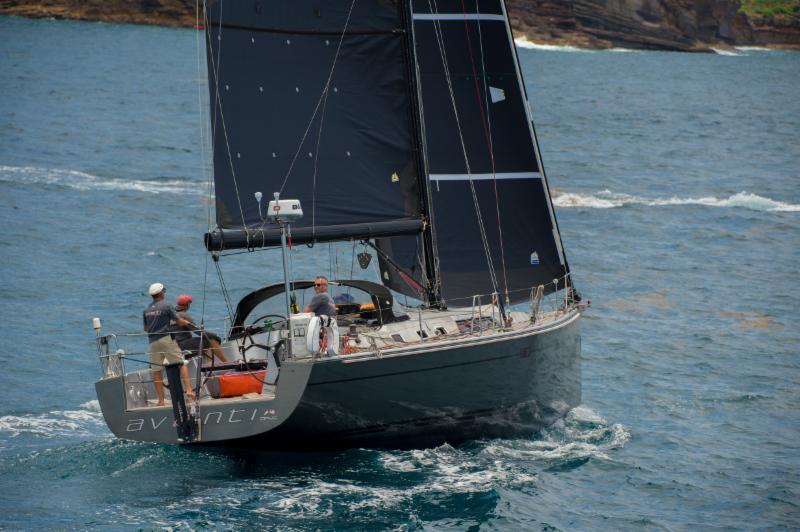 The Royal Bermuda Yacht Club was a popular venue last night as well over a hundred sailors gathered to share a few Gosling's Dark 'n Stormies and tales from their Antigua Bermuda Race.

At dawn on Friday May 19, Jeremi Jablonski's American Hanse 43, Avanti crossed the finish line off St. David's Light, Bermuda and the crew were delighted to find out that they were provisionally in second place overall for CSA and IRC.

“Fantastic!” exclaimed Jablonski after finishing the race. “It is a surprise because we have never raced in such a diverse fleet, so it is difficult to set your expectations when you are racing Volvo 70s, schooners and family cruising boats.

The weather had a tremendous impact on the performance of the fleet. We are one of the smallest and slowest boats and if it had been heavy weather it would have suited the bigger, faster boats.

In light airs, we were able to push really hard and maximize our performance without risk of breaking the boat. We are very tired, but also really pleased. The last time we were in Bermuda we had to divert here with a broken rudder. The people in Bermuda were so helpful then and it is great to be back here to meet them again.”

Nancy and Simon De Pietro's CNB 76, Lilla crossed the finish line on Thursday May 18th just before 16:30 ADT. During the last part of the race Lilla emerged as a potential overall winner, but the Irish-flagged boat – with a team mostly from America – ran out of breeze, taking hours to finally cross the finish line. Nancy De Pietro, skipper of Lilla spoke about her love for Antigua and Bermuda and their race:

“Lilla's sweet spot is 17 knots of breeze reaching, so we were quite impressed that she was doing so well downwind with spinnaker.

“Deep downwind is tricky, and we take a rating hit for poling out the asymmetric and that paid; we were making wind speed and sometimes harder, which was very rewarding. The crew work was fantastic.

“Seven of the crew had done the RORC Caribbean 600 together and many of us had done the Fastnet and Middle Sea Race together, and we really knitted in this race and the performance just got better and better.

“For me Bermuda is like a second home. Lilla has been to Bermuda many times and Dad was stationed here during the Korean War and he fell in love with it and bought a timeshare when I was 10 years old.

“I have a soft spot for Antigua and Bermuda, so this race was an obvious one for me. These days there are not many 900 mile races; they are usually 600. There is a big difference. You have to manage sleep well and you have to be patient and persevere.”

Four yachts are still racing in the Antigua Bermuda Race which is due to finish tomorrow when an awards ceremony will be held at the Royal Bermuda YC.