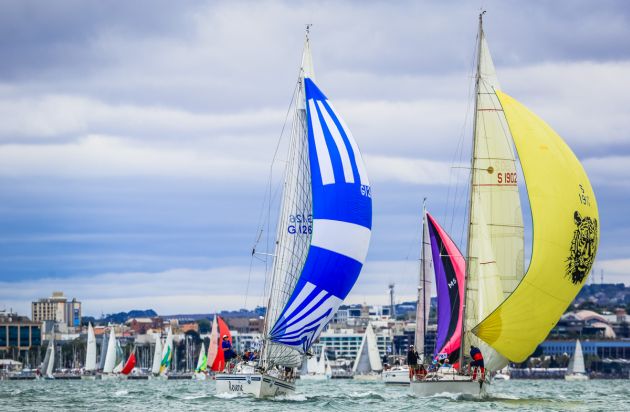 The Royal Geelong Yacht Club (RGYC) has announced the Festival of Sails regatta is moving back to its traditional place on the Australia Day weekend in January, as it celebrates its 175th anniversary in 2018.

According to Festival of Sails Chairman Peter Alexander, the club had listened carefully to feedback from competitors, RGYC members and a broad range of stakeholders and supporters and conceded that the move away from Australia Day didn’t work.

“It was a very big decision to make to move away from Australia Day this year, but it didn’t deliver the sort of results we were looking for,” he said. “Now we’re delighted that our partners and stakeholders are in agreement with us, that the Australia Day weekend is – and should remain – the home of the Festival.”

“The feedback from sailors was particularly loud and clear. They wanted their regatta back as an Australia Day celebration and we agree with them.”

Mr Alexander said 2018 was a particularly significant year for the event, as the largest sailing regatta in the Southern Hemisphere and one of Australia’s oldest sporting events celebrates its 175th anniversary.

“Our 175th birthday is a great reason to celebrate the history of this much loved sailing event and the Australia Day fireworks on Friday, January 26 2018 will be a fitting conclusion to the excitement of the annual opening Passage Race from Melbourne to Geelong that attracts hundreds of boats in a spectacular display on water.”

The Australian Yachting Championships to be hosted by Sandringham Yacht Club will now be held in the week preceding the Festival of Sails, from January 19 to 21, 2018.

“This is a terrific example of our sport working together to support a major event and we’re delighted to have the Sandringham Yacht Club and Australian Sailing working with us to make sure the Festival of Sails is a fabulous celebration in 2018,” said Mr Alexander.

“We’re extremely grateful for their flexibility and their assistance, and of course the ongoing support of the Victorian State Government and presenting partner Rex Gorell Land Rover.”

It has been announced that the 2018 Cadel Evans Great Ocean Road Race will be run on Sunday, January 28.

Victorian Minister for Tourism and Major Events, John Eren said that he looked forward to the blockbuster weekend of sport and celebration in Geelong over the Australia Day period.

“Hosting major events brings significant profile and economic benefit to Victoria and to the region and a weekend where you can witness some of the best cyclists and some of the best sailing in the world will no doubt attract great crowds to our beautiful foreshore and showcase our sporting credentials to the world.”

Chairman Peter Alexander said the Festival organisers were aware that having two significant events being run over the same weekend may potentially cause some logistical challenges.

“However, we’re confident we can work through these with our stakeholders and the organisers of the Cadel Evans Great Ocean Road Race to ensure we maximize the benefits of these two great sporting events for the region,” he said.

“We’re now confident that the 2018 Festival of Sails will truly be an event not to be missed and a fitting celebration of a 175th milestone for the sport of sailing.”