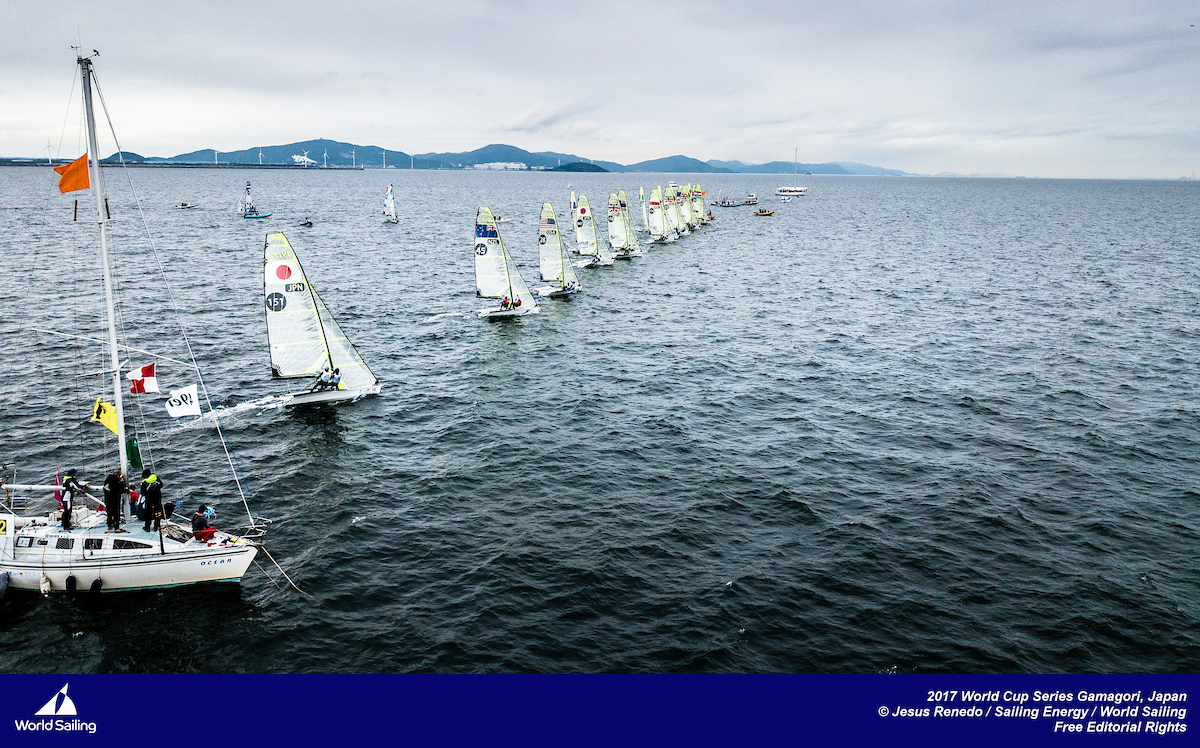 he line-up for the first Medal Races, on Saturday 21 October, was confirmed today at the World Cup Series Japan in Gamagori.

The day got off to an all too familiar start, for this week, with the wind once again largely absent. The northerly breeze picked up considerably though, and all eight Olympic sailing events made their way out to race just before midday.

Pawel Tarnowski sailed the conditions the best in the Men's RS:X, improving on his third place finish in the first race, with two firsts in the day's other two races. His excellent day out on the water means he climbs to first place with a one point advantage over China's Mengfan Gao.

Afterwards a cheery Tarnowski exclaimed, “Finally, we could get some good racing in, having waited for long periods of time this week.

“We had three very hard races with a lot of pumping, a lot of wind changes and gusts. It was really challenging but I was able to gain some nice points.”

When asked about contending with the nerves of competing in a Medal Race, Tarnowski explained, “For sure, Medal Races bring more pressure than the qualifying series.

“We will prepare well, like we always do, and hopefully we get some nice wind. I would love to have another day like today.”

The Women's fleet also completed three races on their final qualifying day. It is Japanese sailors Fujiko Onishi and Megumi Komine at the summit of the leader board, who will be dreaming of winning medals on home waters. Hei Man H V Chan, of Hong Kong, is third.

The 49er and 49erFX fleets also have their Medal Races tomorrow, so competition was fierce, with sailors pushing as hard as they could to achieve the highest possible finishes.

In the Women's fleet it is tight at the top, as just four points separate the top three pairings. France's Lili Sebesi and Albane Dubois lead by three points. Sayoko Harada and Sera Nahamatsu (JPN) lie second with Victoria Travascio and Maria Branz from Argentina, third.

The remaining four Olympic sailing events will decide their Medal Race fates tomorrow, Saturday, on the final day of their qualifying racing.

The first Medal Races are scheduled to begin at 12:00 local time on Saturday 21 October.

There will be another four Medal Races on Sunday 22 October bringing the week to a close before the series heads to Miami, USA.