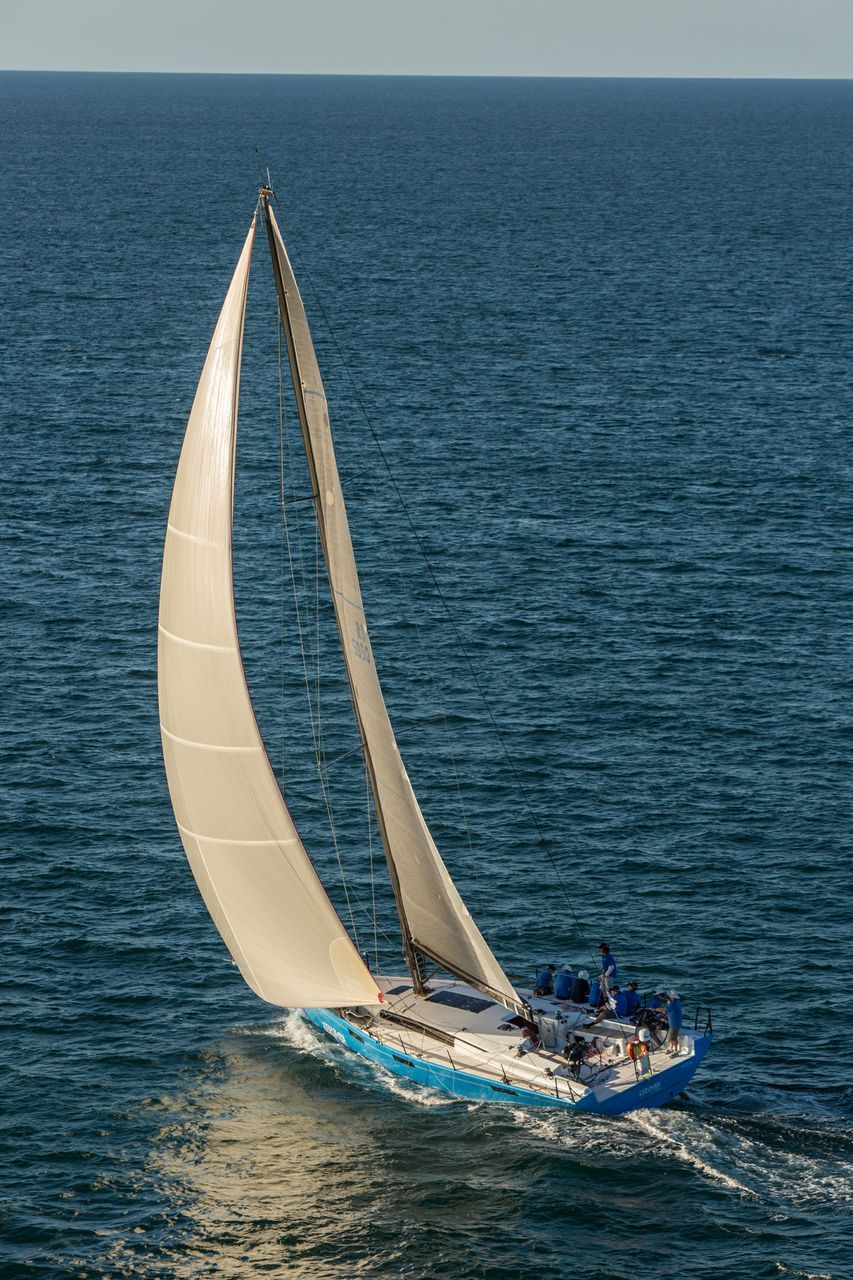 Kermuba is one of the first entries in the Round Australia Yacht Race. Photo supplied.

I was told once that when two yachts are sailing in the same direction, then you have a race.  Based on that solid theory, WE HAVE A RACE.

The first entry was Tam Faragher's Kerumba.  Kerumba is a Kerr 50RC built in 2012.  It was a previous edition of the race that was planned that had Tam build the boat.  Unfortunately that event didn't take place as the complexity and cost for entrants escalated and made it totally unviable.  Tam has been campaigning Kerumba out of the Royal Queensland Yacht Squadron and has been quietly hoping another event would surface. Kerumba will be racing in the Pit Stop version meaning his crew will be able to make a tactical decision on when and where to pit around the country.  But one thing is certain, the race around Australia is a dream of Tam's and completing the course with his friends, whom he calls crew, will be a highlight for all.

Our second entry came in not long after.  Darren Drew's Top Gun is a bit older, yet was also built for an around Australia Yacht Race.  It was built in 1987 for the 1988 Bicentennial Around Australia Yacht Race, however never made it to the start line.  In 2010 it was picked up in Hong Kong by Gavin LeSuer who had competed in the 88 race on-board the 40ft Cat John West.  He bought it with the intention of entering it in the failed 2014 Around Australia Race.  When that race was called off, Darren bought the boat and has campaigned it on the east coast since.  So for this boat, it is third time lucky.

Darren will be joined by good mate Tim Shipton who is known as 'Iceman' on the boat for his cool head under pressure.  Top gun will be racing with a crew of 4, with the other two slots to be announced at a later date.  They will compete in the non-stop Multihull division, and Darren says it is all about the achievement of having raced around the country.  He has told his wife that he wants to do this as 'The Special Achievement in sailing in his life'.

So it seems that our vision to help people live their dreams is coming true.  This isn't just about racing for so many people.  This is a special dream that so few will ever achieve.  That is why we created this race, to create a very special event where finishing is victory in itself.  To say you've sailed around Australia, that is something to be proud of.  Dare to Dream.