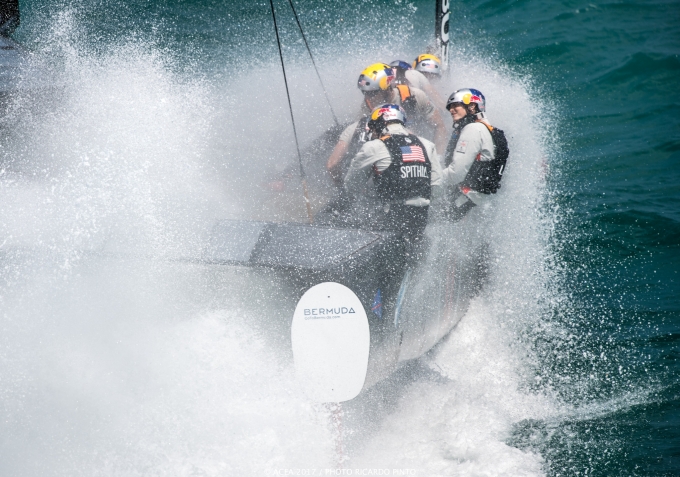 The America’s Cup Event Authority (ACEA), and America’s Cup Race Management (ACRM), have announced that the strong winds in Bermuda have meant that day one of the Louis Vuitton America’s Cup Qualifiers and the Official Opening Ceremony of the 35th America’s Cup have had to be postponed.

Forecasts indicate that winds may gust over 30 knots during the afternoon and evening, so with the safety of the sailors and spectators as the key priority, ACEA and ACRM have decided to postpone Friday’s events. Saturday 27th May and the days following are all forecast to have significantly improved weather conditions, so the four races scheduled to take place on Friday 26th May will now be added to the race schedules for the subsequent days.

Sir Russell Coutts, CEO of the ACEA, said, “We are obviously disappointed that the strong winds mean we have had to postpone day one of the 35th America’s Cup. This is clearly a decision we have not taken lightly and appreciate the inconvenience caused to the sellout crowd. Our primary concern however, is always safety for everyone involved in the America’s Cup. We are adding an hour to the race window on both Saturday and Sunday to run extra races with the aim of getting back on schedule. There are still tickets available at the weekend, although not in all categories, so we are hoping Friday’s ticket holders will still get the chance to enjoy what should be an incredible opening weekend.”