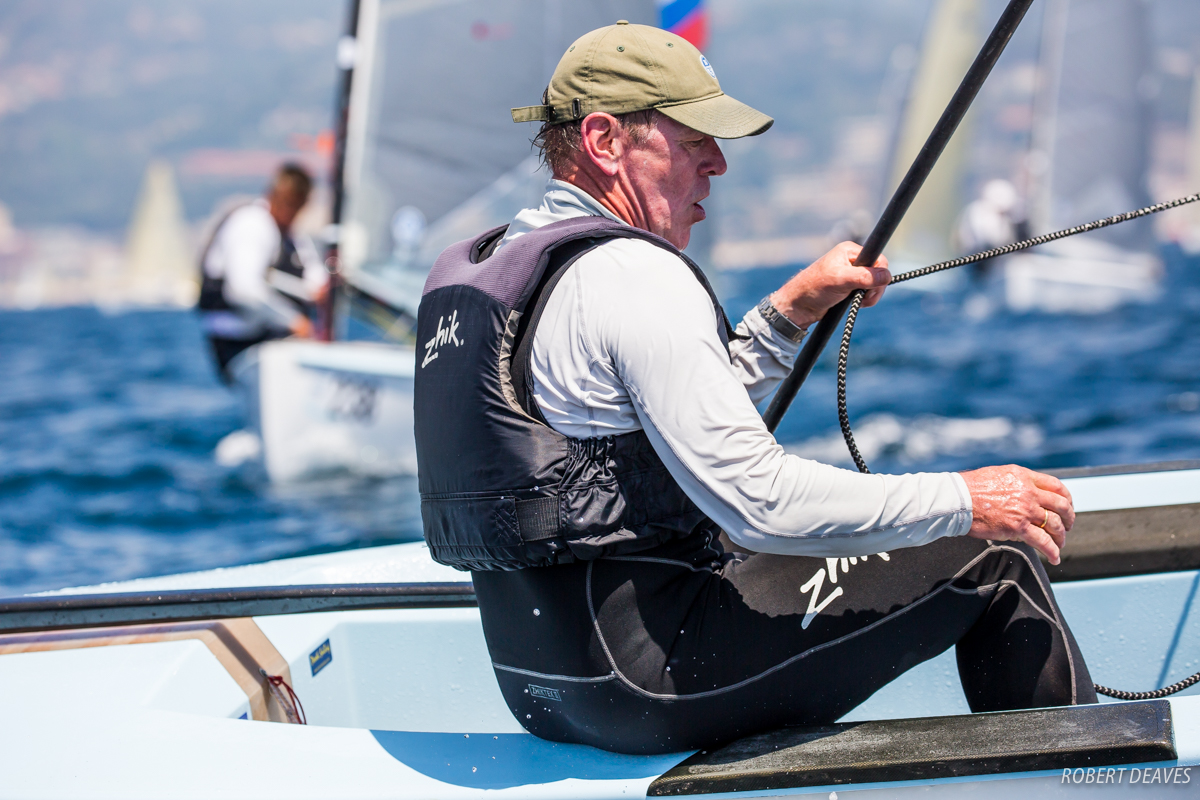 Finn sailors from 28 countries are taking part, with the largest numbers coming from Germany – more than twice the numbers of any other country. In addition, The Netherlands, Denmark, Britain, Sweden and Switzerland are fielding large teams, but there are also entries from far afield including Argentina, Australia, Brazil, North America and for the first time ever, a competitor from Iceland.

While none of the winners from 2018 are defending their Masters titles, there are still several former champions in the fleet including six times winner, Michael Maier, three times winner, André Budzien and two times winner, John Greenwood. The fleet though is boosted by several first time Masters who will surely be making headlines at the front of the fleet.

Former Olympic campaigner Anthony Nossiter will be sailing his first Finn World Masters as will one of Finland’s top Finn sailors from the 1990s, Ville Aalto-Setälä. There is an interesting mix of sailors of all ages taking part from Masters (40-49), Grand Masters (50-59), Grand Grand Masters (60-69), Legends (70+) and Super Legends (80+), with again lots of new names appearing.

Skovshoved Havn is one of the three facilities operated by the Royal Danish Yacht Club. It is around 4km north of Hellerup, and is the fourth largest harbour in Denmark, with more than 600 berths. The RDYC has had facilities at the harbour since 1942, but it recently underwent a huge expansion. The area in which the harbour is located is reputed to be the richest part of Denmark, and with the sandy is beaches is an area popular for outdoor activities and sports. The Finn World Masters is taking over almost the whole area next week with camping, race village and boat and trailer storage. It is a massive operation.

Denmark has a long history of success in the Finn, so it is something of an anomaly that the World Masters has never been held here before. In fact the only time a Danish sailor has won the event was in 1985, when, then pro sailor Jørgen Lindhardtsen turned up and won every race.

Fixing this discrepancy has been a long time coming, so the Finn World Masters is delighted at finally having a championship in Denmark. This year will also mark the introduction of two new awards – the Masters Nations Cup, for the leading nation, and the Sailing Club Trophy, for the leading sailing club represented.

With the Danish Nationals having just been held at the same club, 57 sailors have got a taste of what is to come. The winner was former world champion, Thomas Schmid, from Germany, from Hein van Egmond, of The Netherlands and Christoph Christen, from Switzerland, after a seven race series.

Forty-nine years after this event was created, it has almost become a movement, rather than a sailing event. It brings together a huge range of sailors from across the world. Some move straight into the Masters fleet after finishing their Olympic campaigning, while some return to the class after many years away. All are drawn by the large fleets, great friendships and intense competition. It is a unique event in sailing, a unique fleet, and a unique experience.

Sunday marks the practice race, followed by five days of fleet racing. Eight races are scheduled from Monday 10 to Friday 14 June, with an innovative new random fleet selection format being trialled to make sure there are no ties at the end of the week, removing the need for the unpopular medal race. Registration and measurement starts on Friday 7 June with the Opening Ceremony on Sunday 9, June. Check out all the links below to follow the event.