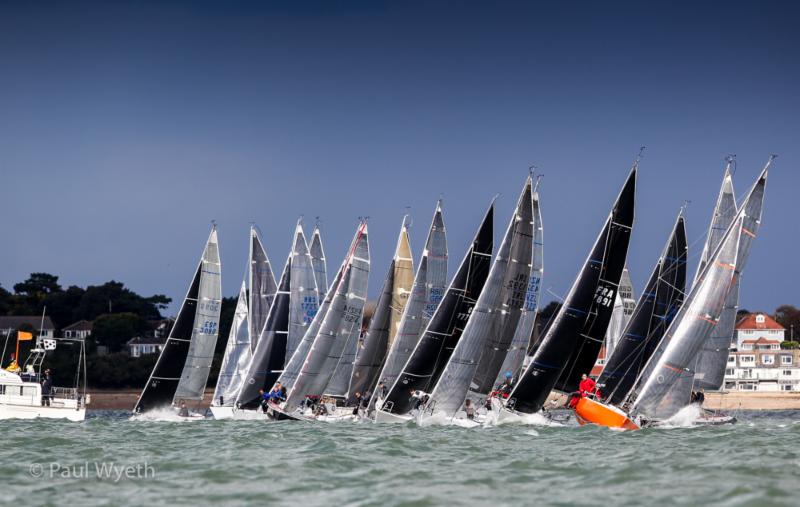 The pinnacle event of the quarter ton class season, the Quarter Ton Cup, starts in less than a week, and it’s set to be an open stage with all of the fleet capable of winning races when the competition gets underway 10-12 June.

One entry in particular has piqued the interest of sailing enthusiasts, with the return of the 1980 Quarter Ton Cup winning boat Bullit. In the true spirit of the class, Bullit was recently discovered in Tahiti and has been brought back to the UK by the reigning Quarter Ton Cup champion Sam Laidlaw, where it has been through a major refit to restore it to its former glory.

It has been a herculean effort by the refit team, led by Brett Aarons, to get the boat race-ready and we’ll have to wait and see if they can make it to the start line in time.

The fleet is known for the diversity of its competitors with a number of younger crews entering the class each year to take on the old guard as well as compete alongside some big names of the sport on a level playing field.

Amongst the most experienced of the quarter ton competitors is Derek Morland and Tim Rees, both having competed in the first revived Quarter Ton Cup in 2005 as well as many editions since then. This year the duo will race Genie, a boat borrowed from Peter Morton who will be racing Innuendo.

2019 also sees the return of more familiar faces to the line-up with Olivia Dowling in Catch and Sweden’s Rikard Melander in Alice, both set to make a welcome return to the Quarter Ton Cup after being absent for the last few editions.

Three days of inshore racing with nine closely contested windward leeward races on the Solent are planned for the fleet which is renowned for its intense competition. PRO Stuart Childerley expects to see some tough competition on the water, and believes the pressure will be sustained from start to finish.

“I expect the competition to be very close,” commented Childerley. “The leader will gradually appear as the series progresses. That boat will be the boat that makes the least mistakes and sails the shortest distance at the best speed possible.

“I think the class is special because there’s a broad range of sailing backgrounds amongst the teams and the boats are all different, yet several of the boats in the fleet should have good expectations.”

The fleet will be based at Cowes Yacht Haven with a full racing and social programme planned including the official prize giving on Wednesday evening.