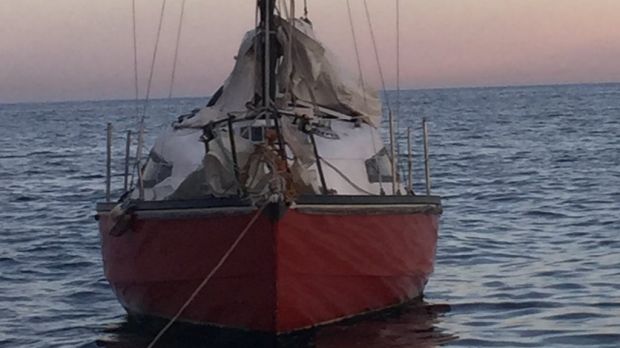 The sailor who was presumed dead in waters off Port Stephens before walking into a police station to report he was alive and well last week has narrowly avoided arrest charges.

Ian McRobert, from Tasmania, was feared dead after his yacht was found drifting near Samurai Beach and, after a two day search, no trace of him was found.

But just days after he informed Newcastle police he was alive, the 48-year-old was reportedly found carrying a knife on a public train and became aggressive towards transit police when questioned about it. McRobert was issued an infringement notice at Toongabbi railway station for travelling without a ticket.

McRobert’s 26-foot yacht, named FireFly, was found drifting in open water about one nautical mile east of Samurai Beach on May 17.

A sailor passing by found the yacht with the sails unfurled and radio on. He towed the yacht to deeper water and anchored it before calling police. Port Stephens Water Police attended the location of the anchored yacht about 4pm.

A kayak understood to have originated from the yacht was found about one nautical mile south of where FireFly was found. No one was found with the kayak.

Continue reading this bizarre tale here, including the investiogation into how the yacht ended up on Samurai Beach.