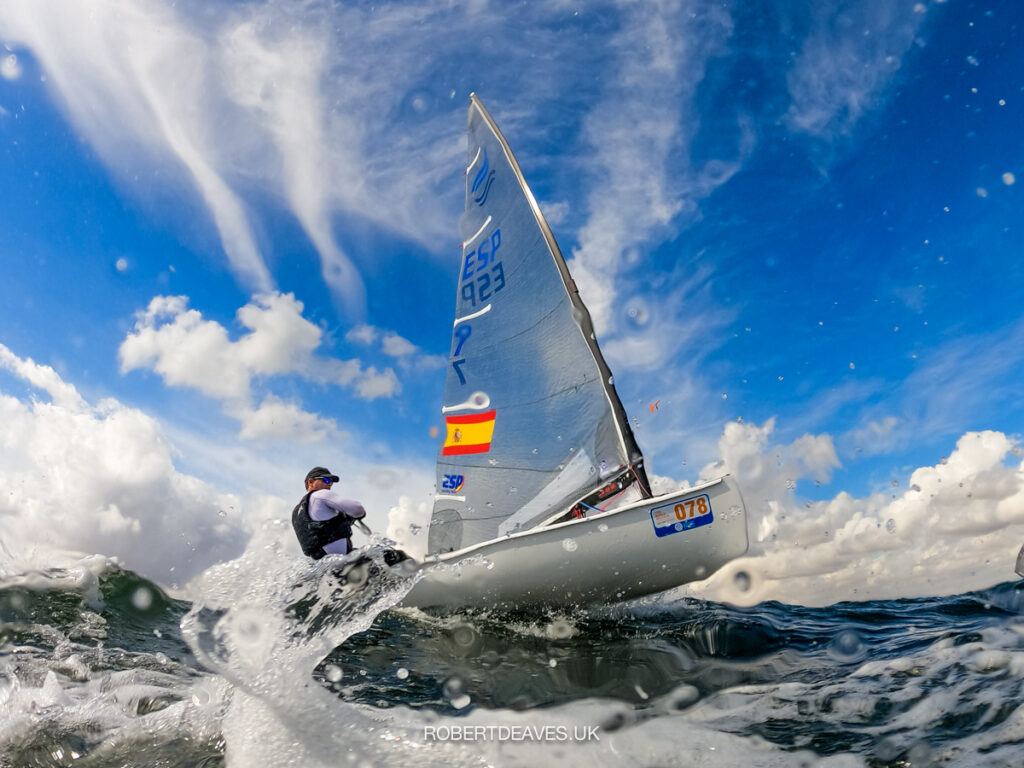 Stellar conditions on the first day of racing at the Finn World Masters. Pic - Robert Deaves 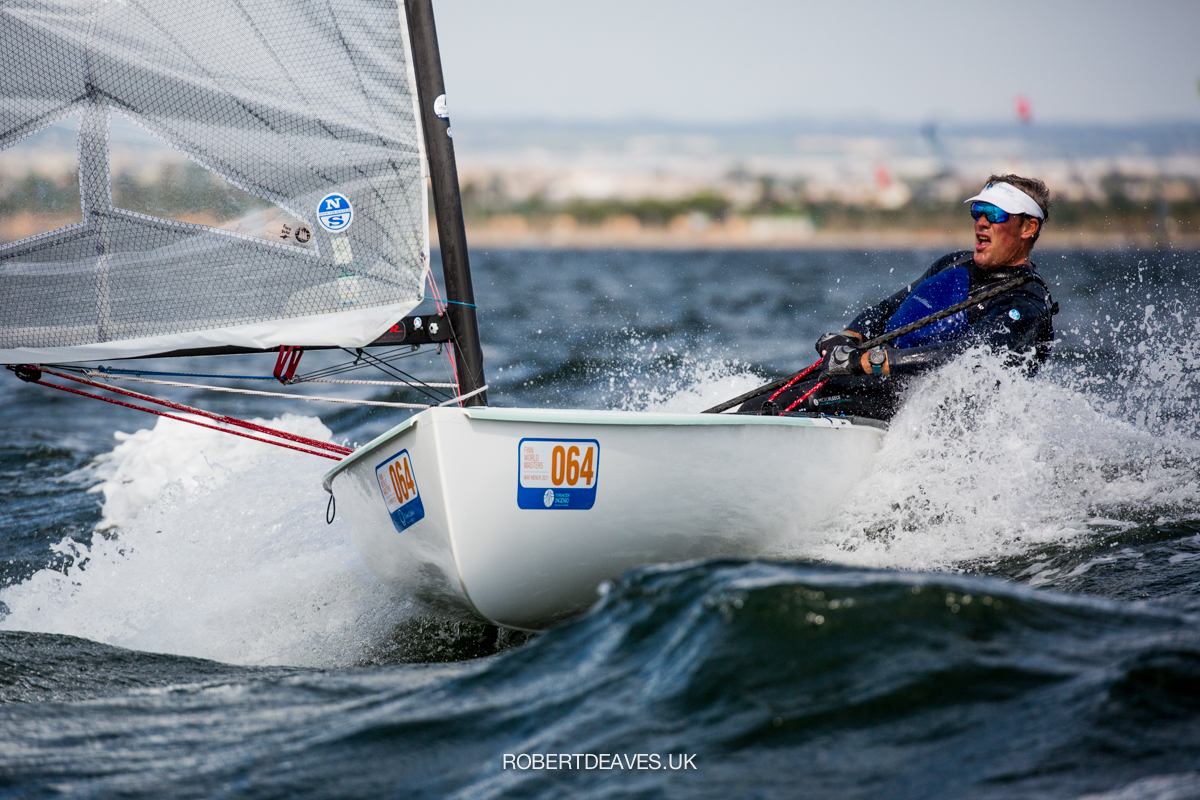 Finn racing doesn’t get much better than the opening day of the 2021 Finn World Masters on Mar Menor, in Murcia, Spain.

With 12-18 knots of wind and in 25 degrees, two races were sailed in near perfect conditions. France’s Valerian Lebrun took both race wins to take the early lead from Filipe Silva, from Portugal, and Anthony Nossiter, from Australia. 108 Finn Masters from 20 countries are taking part in the 50th Finn World Masters.

Reading the wind today was the key with frequent shifts and lots of pressure changes. Karel von Hellemond, from The Netherlands led at the top in Race 1, but by the gate Paul McKenzie, from Australia, had taken the lead. He maintained that lead at the second top mark but both Silva and Lebrun were close behind.

Lebrun has just come from two years of training for Olympic selection and was clearly the best downwind, moving ahead of McKenzie on the final leg.

Extending to the finish, he took the win, with McKenzie just holding off Silva to take second. After just two hours sleep following an overnight drive from the Sail GP in Cadiz, Nossiter crossed in fourth place.

Enthusiastic starting in the second race left quite a few boats with a black flag disqualification, including a few of the top boats, elevating many of the top 20 higher than they expected.

Bettering his first race performance, Lebrun put on a master class to lead all the way for a large win. Behind him places were changing but in a slightly reduced breeze though still with a tricky chop, Silva came through for second with Nossiter in third.

Extending away for a big win, Lebrun stamped his authority on the fleet in the biggest breeze expected this week. It remains to be seen whether he can maintain this level during the rest of the week when lighter winds are forecast.

Exhausted sailors reached the shore, just 15 minutes from the race area, to be greeted by a wonderful paella served in the boat park, with, you guessed it, more free beer. The Finn Masters are being well and truly spoiled by the locals and their fantastic hospitality.