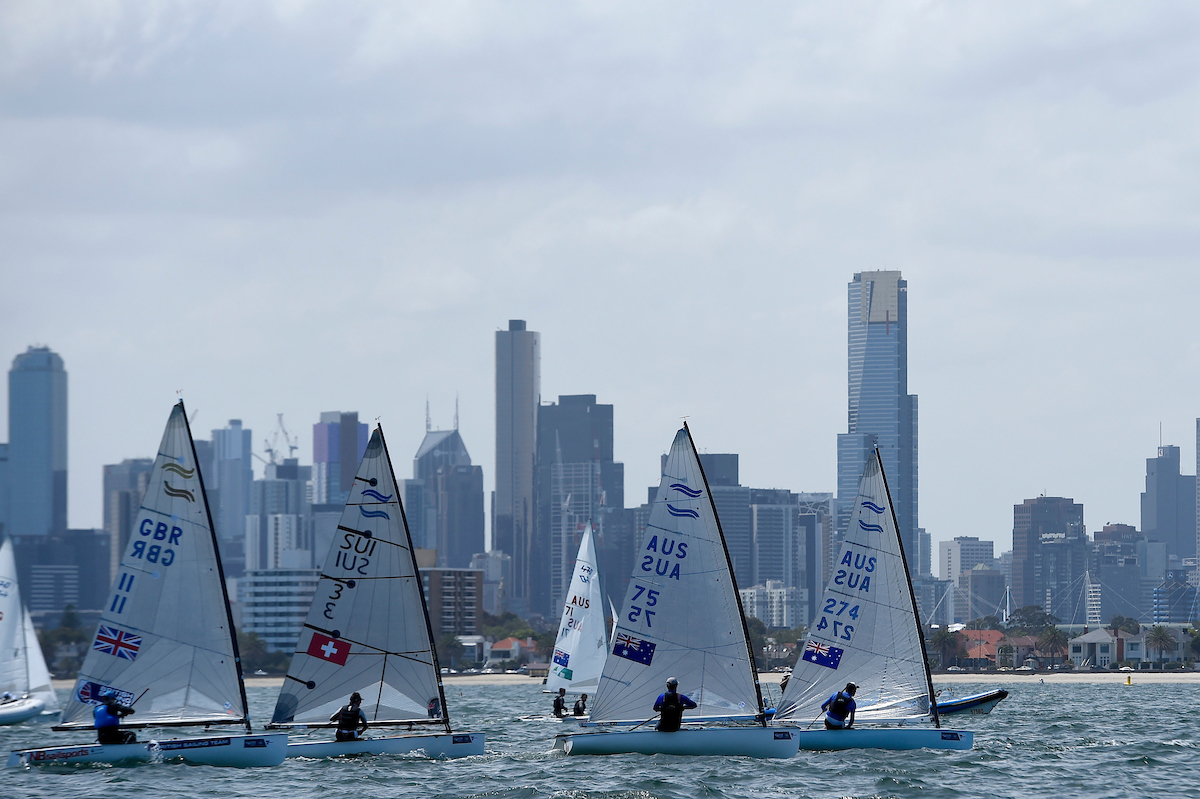 The world’s best Olympic sailors will be heading down under at the end of the year to contest the 2019 Finn Gold Cup, the World Championship for the Olympic Finn Class.

The 64th Finn Gold Cup will run from 13 to 21 December 2019 out of Royal Brighton Yacht Club in Melbourne, Australia and will be the penultimate World Championship and the Olympic Oceania qualifier ahead of the 2020 Tokyo Olympic Games.

First up, all eyes will be on the 2019 Finn Gold Cup though, with the regatta the last chance for Oceania’s Finn sailors, including Australia, to secure the final Oceania spot to qualify for the Tokyo 2020 Olympic Games.

Whether it is to qualify for the Tokyo 2020 Olympic Games, to prepare for the Olympics, for a once in a lifetime sailing summer, or as spectator to watch the world’s best sailors battling it out on Port Phillip, the Finn Gold Cup will be a regatta not to be missed.

It will be the first time the event has come to Royal Brighton Yacht Club, which is the perfect venue given the club’s strong tradition with Olympic and off the beach sailing, its history as one of the host clubs for the 1956 Olympic Games, host to numerous World Championships as well as home of the annual Sail Melbourne International regatta, with the club boasting fantastic waters to sail in.

Royal Brighton Yacht Club is also home to one of Australia’s greatest yachtsman, John Bertrand AO, who skippered Australia II to victory in the 1983 America’s Cup and who also won the bronze medal in the Finn class at the 1976 Olympic Games in Montreal.

“I’m a proud patron of the 2019 Finn Gold Cup and the Finn is close to my heart. Some of our best friends over the years have come from the Finn class and the quality of the people is absolutely outstanding and we are looking forward to welcoming everyone from around the world. It’s a fantastic location to come and sail and it’s going to be an exciting summer,” John Bertrand said.

“We’ll have six world championships here on Port Phillip in 2019 and in early 2020 and the conditions are fantastic for racing and the facilities at the Royal Brighton Yacht Club are world class. I was talking to Olympic champion Giles Scott (Great Britain’s Finn Class Olympic Champion Rio 2016) at Sail Melbourne International last year and he was just blown away by the facilities and the comradeship and how they were welcomed here as well as the racing out on Port Phillip Bay. When people travel and they come here, they just love the environment that we have.”

It is the fourth time that Victoria will host the Finn Gold Cup after 1995, 1999, 2008 and now 2019, which is more than any other location in the event's 64-year history. The class is once again attracted to the great sailing conditions, wind and waves, that Melbourne is famous for.

The 2019 Finn Gold Cup Notice of Race (NoR) has now been published with entries open until the end of October 2019. More information, including the entry form, is available at http://2019.finngoldcup.org/.

The 2019 Finn Gold Cup will be the start to Melbourne’s 2020 Summer of Sailing with Port Phillip hosting a series of Olympic class World Championships over the months December 2019 to March 2020.

The Finn Gold Cup will be followed in January (17-21) by Sail Melbourne International, Australia’s premier event for Olympic class sailing. In February, the Laser and Laser Radial World Championships are coming to Sandringham Yacht Club, while the 49er/FX- and Nacra 17 World Championships will be hosted by Royal Geelong Yacht Club.

The 2020 Summer of Sailing will give sailors from around the world the opportunity to escape the Northern Hemisphere winter as well as winter at the Olympic sailing venue in Japan and head down under for a couple of months of world class summer training and racing in the lead up to the Tokyo 2020 Olympic Games.

Melbourne’s Summer of Sailing 2020 and the 2019 Finn Gold Cup is proudly supported by the Victorian State Government.

Find out more about the 2019 Finn Gold Cup on the event website HERE.