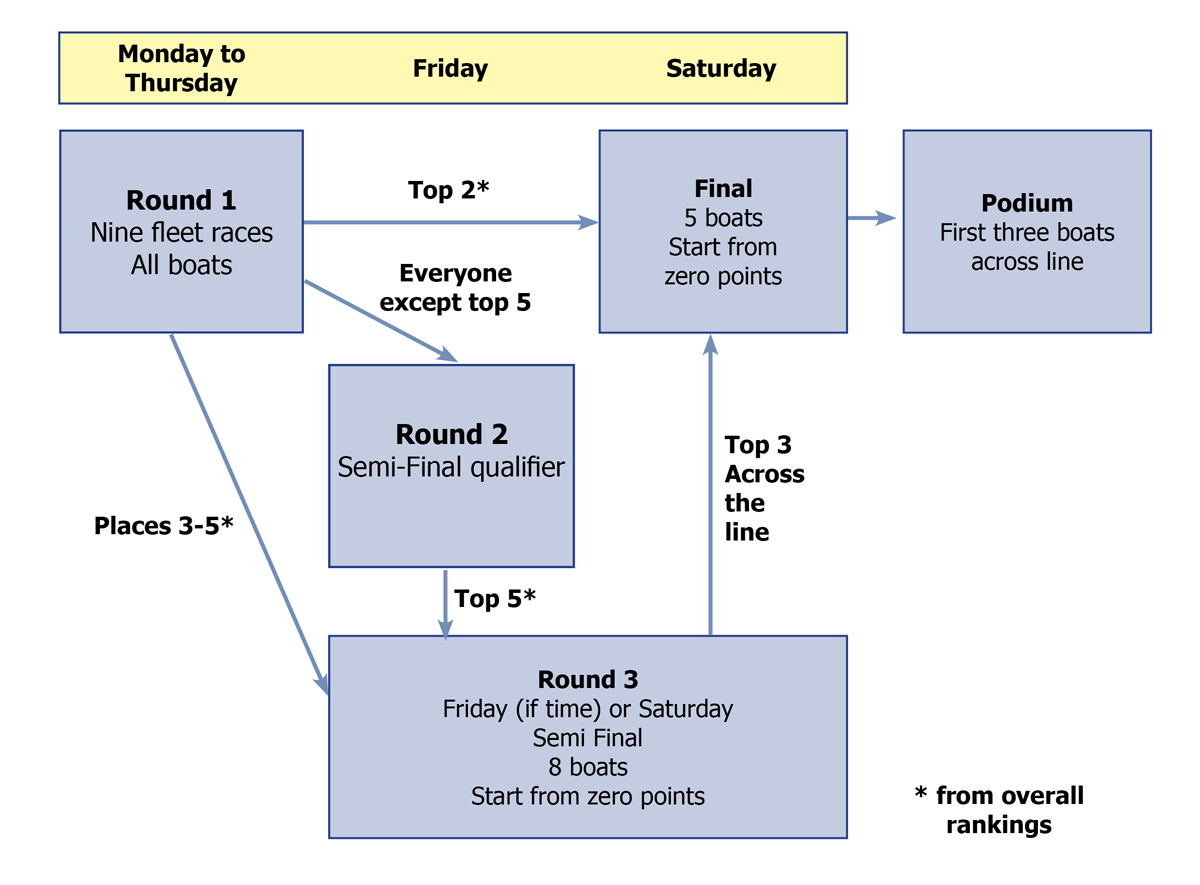 The Finn Class will be testing a new format at the 48th Trofeo Princesa Sofía IBEROSTAR, which begins in just two weeks time. This is in response to discussions that the winner of events should be decided on the final race, or even first across the line.

The format that will be used in Palma is one of several on the table and will allow the class and World Sailing to better understand the consequences and processes of introducing such a system.

The format in Palma will enable all sailors to sail a minimum of five days, while keeping the last day for the Final.

• Round 1 – Opening Series: A series of nine fleet races will be held from Monday to Thursday in one group. The top two boats in the series will proceed directly to the Final while the next three boats will proceed to Round 3 – The Semi-Final.

• Round 3 – Semi-Final: The Semi-Final, with eight boats (three from Round 1 and five from Round 2) will be sailed on Friday (if time) or else on Saturday. All boats will start on zero points. The top three across the line will proceed to the Final.

• Final: The Final will be sailed on Saturday with five boats (two from Round 1, three from Round 3). All boats will start on zero points. The podium will be decided by the finishing order.

After the event, a survey will be carried out by the class to gather feedback from sailors, coaches and media.