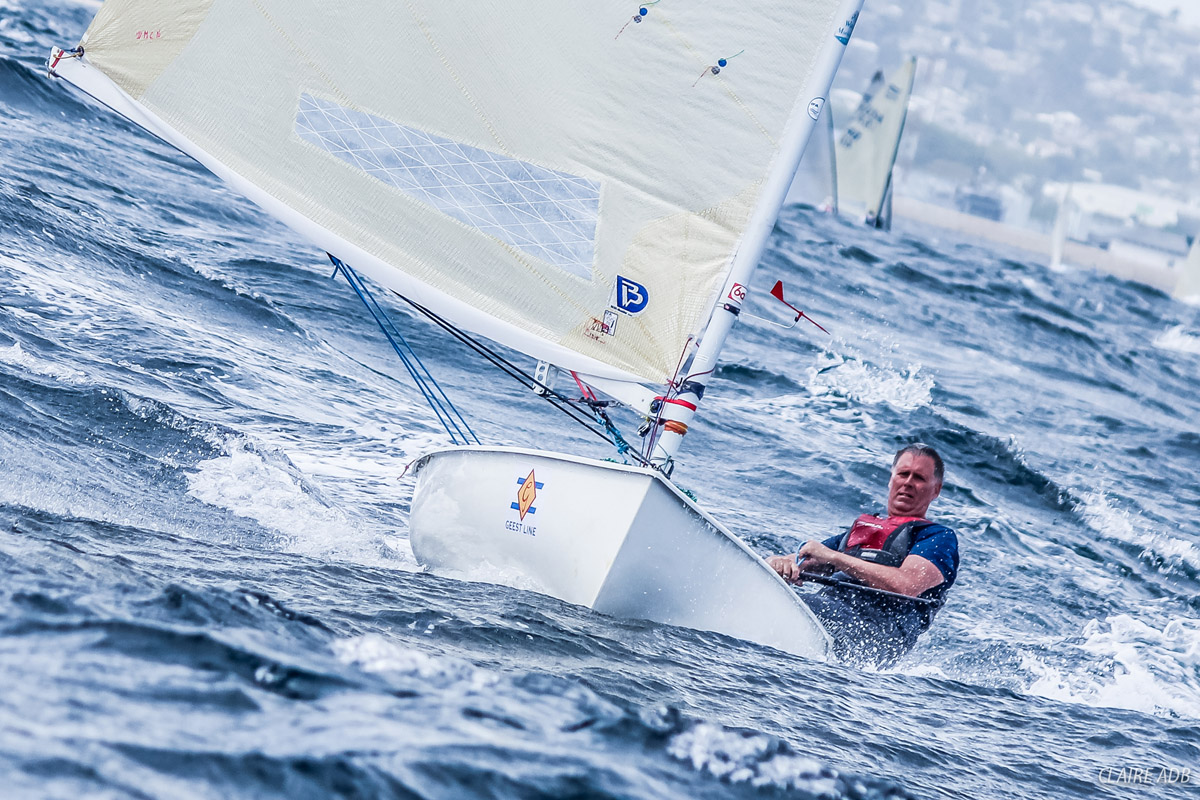 The Finn has been the dinghy of choice for generations of sailors seeking to challenge themselves to the limits of their sailing skills and their physical endurance and has a culture that embraces sailors of all ages and a camaraderie that lasts a lifetime.

It is a class that is proud of its incredible history and legacy as well as its amazing sailors. And it is looking forward to a promising future, wherever that future may lie.

The Finn Class refuses to be discouraged by the results of last month’s World Sailing Conference in Bermuda, and is anticipating some great events and great competition over the coming year.

A fantastic year of Finn racing, of which the obvious highlight is the 2020 Olympic Games in Tokyo, begins next month with the 2019 Finn Gold Cup in Melbourne, and culminates with the Finn European Masters in Gdynia next September.

Around 60 Finn sailors are expected in Melbourne, Australia, for the world championship, which begins on Friday 13 December. Most of those already qualified for Tokyo will be present, as well as a few still looking for one of the remaining five spots.

The first of those five places will be decided next week at the South American Continental Qualifier at the 2019 Copa Brasil, in Rio de Janiero. Then the Oceania place gets decided at the Finn Gold Cup, closely followed by the North American qualifier at the 2020 Sailing World Cup Miami in January. Finally the African and European Continental Qualifier will be at the 2020 Sailing World Cup Genoa.

Those events will quickly be followed by the 2020 Finn Gold Cup in Palma, Mallorca, and the 2020 European Championship in Gdynia, Poland, just before the Olympics begins. Further details will be published on both those events very shortly.

And with entries for the 50th Anniversary Finn World Masters, in the Netherlands, already approaching 100, it is going to be a very exciting few months with plenty of opportunities for everyone to take part in or watch some great racing.

Future Direction
While the decision to drop the Finn from the Olympics is hard and, perhaps, life changing for a few hundred young athletes, the Finn class remains strong with worldwide fleets and dedicated sailors, as well as, of course, being a fantastic boat to sail.

There is no doubt that the Finn will have a bright and happy future, even while it undergoes some restructuring. It will be a future in which thousands of sailors worldwide continue to regard the Finn as the ultimate singlehanded dinghy.

The Finn is the toughest test of a true sailor and still one of the best platforms that any young sailor can utilise to advance their sailing career to wherever that may lead.

Technical, strategic and tactical knowledge within the class are beyond measure. Nothing has or will change that and this knowledge base will continue to be expanded as the sailors continue to find better and faster ways to sail the boat. The class will continue to expand the science of sailing as it has done for the past seven decades.

The IFA executive is putting together a strategy to take the class forward. It is looking at introducing new admin processes, as well as new event structures and circuits. The change in the administration of the class this week is the first step on a long-term plan to make sure that Finn sailing and Finn events remain as attractive and as relevant as they have been for seventy years.

There will necessarily be some rationalisation in the annual calendar to continue to ensure Finn sailing remains affordable and attractive to as many sailors as possible. There is a lot of work to do and the class will seek to engage with Finn sailors in many countries to make sure everything is on the right track.

We need to help put all this together and plan a future for the class that is sustainable and offers the potential for growth. We plan to take the Class in new directions and provide new opportunities. We plan to ensure that not only can the class survive outside the Olympics but that it continues to thrive.

New Administration for the Finn Class
On November 13, the Executive Committee of the International Finn Association decided to appoint Robert Deaves as Class Secretary for the period up to the 2020 IFA AGM in Palma, during the Finn Gold Cup. He will share the class management with Paul McKenzie, who will take on the role of Finance and Membership Secretariat.

Between them, Deaves and McKenzie will oversee the class management until May 2020, when a new strategy will be presented, looking at the structure and policy of the Finn Class for the coming years. The rest of the Executive remain unchanged.

The President of the International Finn Association, Balazs Hajdu commented, “Paul and Robert are two of the most experienced Finn sailors in the world, with extensive knowledge of the boat, the fleets and the sailors.

“Robert has been on the Executive Committee for 22 years, and before that was Secretary of the British Finn Association for 10 years. Paul has sailed Finns since the early 1990s, was an Olympian in 1996 and came back in 2014 as a Master. He is a past IFA Treasurer and is now also the Chairman of the Technical Committee.

“I cannot think that our class could be in safer hands over the coming months as we work through this transition period,” Hajdu ended.