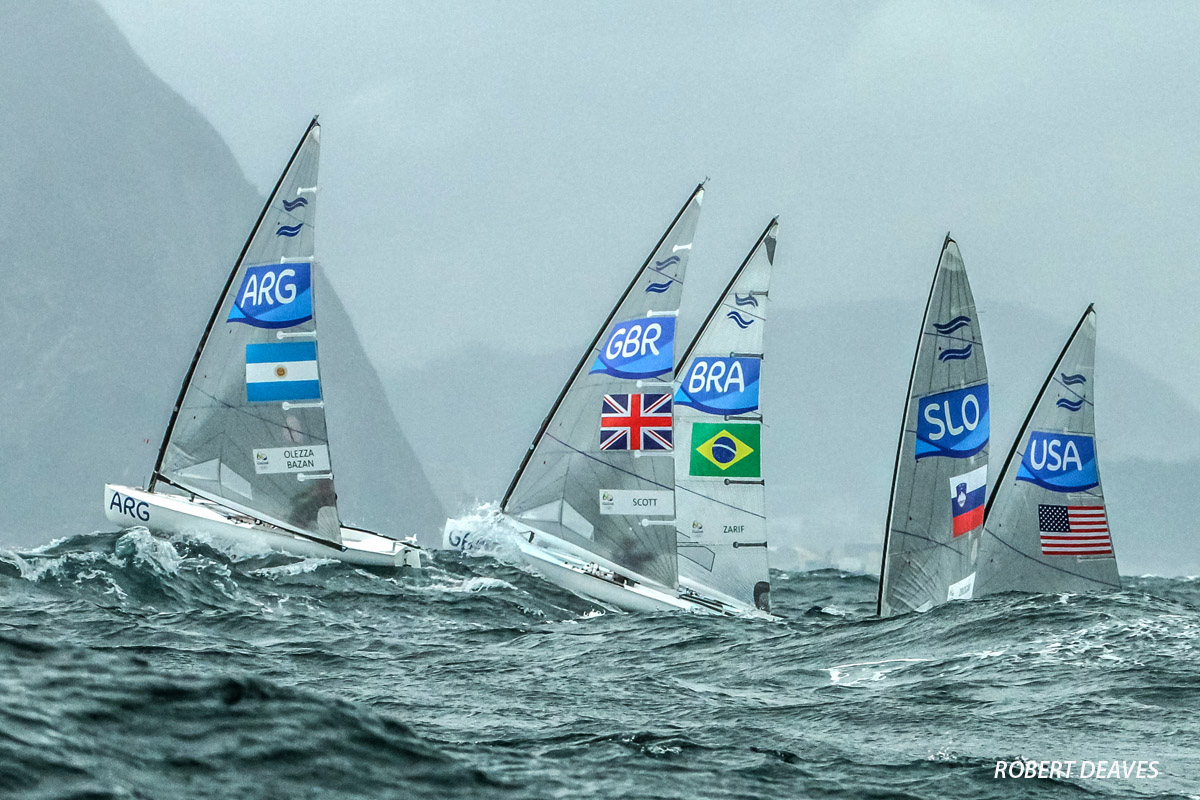 Following an extended period of reflection and careful deliberation, the Finn class is today announcing details of its plans to try to 'rebalance the slate.

Within the slate of Olympic Sailing events voted for in Sarasota in 2018, there is an imbalance in sailor’s physiques, a key policy of the World Sailing Council from its November 2017 meetings and a key IOC recommendation.

The Finn class is trying to redress this imbalance by working on several Submissions for the November Conference in Bermuda this year that will rebalance the Olympic Slate, providing events suitable for both Heavyweight Men and Lightweight Women.

Many people, both inside and outside of World Sailing, are unhappy that the introduction of these new events has resulted in the loss of the Finn, Olympic Sailing's Blue Riband event, its Marathon. The boat that has delivered a succession of heroic Olympians and sailing legends over 17 successive Summer Games; Elvstrøm, Ainslie, Coutts, Lööf, Bertrand, Lemieux… The list goes on.

With the elimination of the Finn, men over 85kg no longer have a chance to compete at the Olympics within Sailing.

The confused process leading up to the Sarasota voting, however, was a rush to judgement that also limits the opportunities for lightweight women.

In order to support the IOC and World Sailing’s stated goal to promote inclusion, the International Finn Association is working on a series of submissions for November to rebalance the Olympic Events, providing options for both Heavyweight Men and Lightweight Women.

The Sarasota Conference was not an easy one for World Sailing, but we have the opportunity in Bermuda this November to rethink and fine-tune decisions made last year under very difficult conditions.

The submissions from the IFA will not mean removing the innovative new events that World Sailing is working so hard to introduce. They would, however, mean that Kiteboarding becomes a Men's event matched by a female Windsurfing event.

It means the Mixed Two Person Dinghy becomes a Women’s event, matched by the reintroduction of the One Person Dinghy (Heavyweight Men). It will be a balanced slate that allows for the widest possible spread of participation across genders, weights and nations within the constraints laid down by the IOC.

The IFA is looking forward to continuing to work closely with all the people who have expressed so much support for the fantastic athletes that exist within the class. These are competitors who will form the backbone of sailing for generations to come.

The Finn class is building a strong base of support for the changes that are being proposed, and these proposals will be published in full at a later date.

If you believe you can help and are not already in contact with us then please do not hesitate to get in touch (finn@finnclass.org) to help us build a better balanced and more representative slate of Olympic events for 2024.