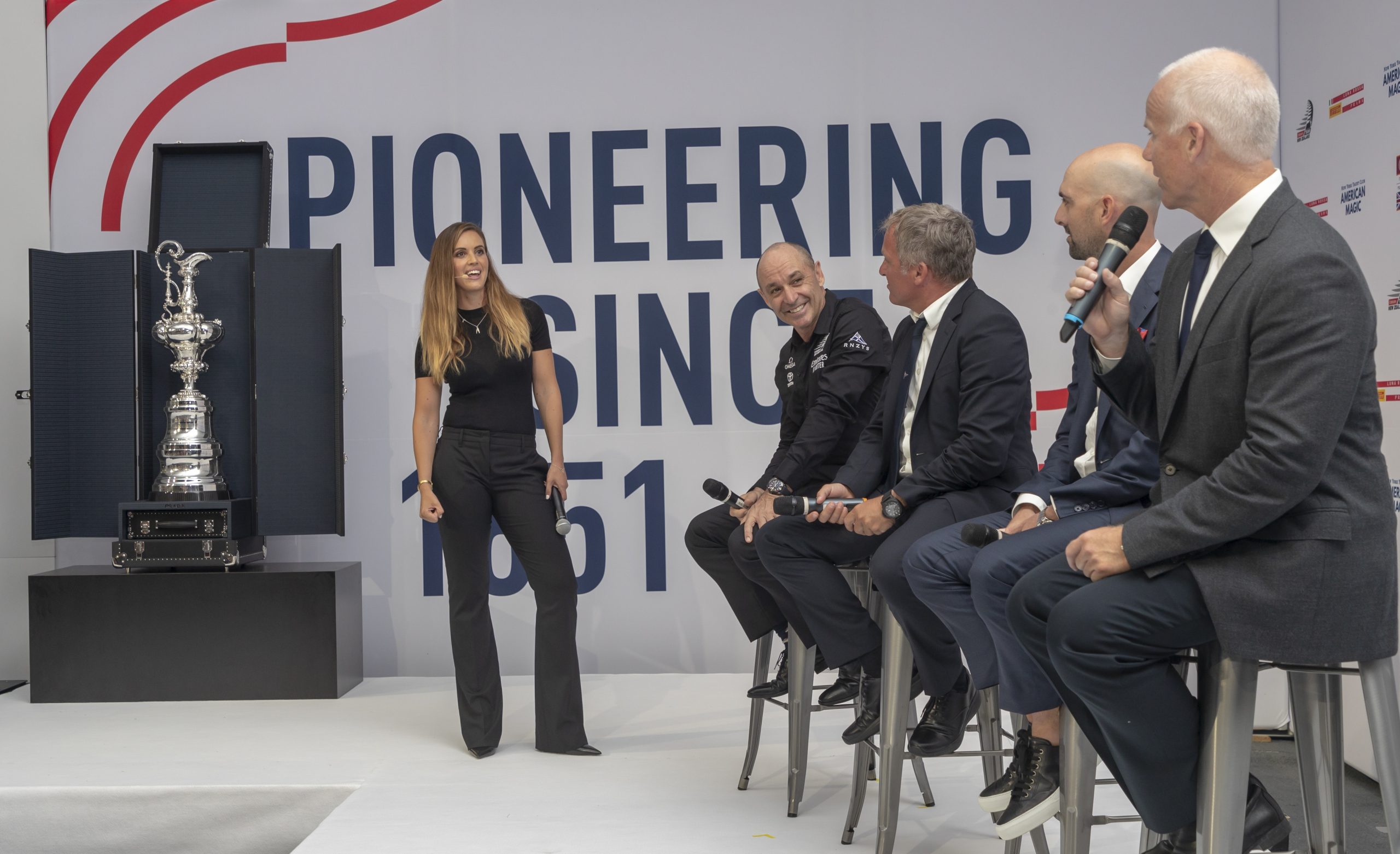 Representing the Luna Rossa Prada Pirelli Team – which has its official team base in Cagliari – renowned Italian sailor Vasco Vascotto (ITA) said the venue would be perfect for the five teams to race their cutting-edge AC75s for the first time.

“Sardinia has a well-established reputation as a premiere yacht racing venue,” Vascotto said. “That’s one of the reasons we chose the island as the base for our challenge for the 36th America’s Cup. We are looking forward to welcoming the other teams and the America’s Cup World Series fans for what should be a spectacular opening event.”

Representing the Defender of the America’s Cup, Emirates Team New Zealand’s Chief Operating Officer Kevin Shoebridge (NZL) highlighted the importance of the ACWS event in Sardinia for all the teams.

“Like all regattas there will be teams that come away satisfied and those that don’t,” Shoebridge said. “The significant thing about this regatta is that it will give a very clear idea of where each of the teams are in their designs and preparations for the main events in 2021.

“However with only eight months between Sardinia and the start of the Prada Cup and 10 months until the America’s Cup Match, it gives very little time to make necessary changes for teams to make sure they are up to speed.”

During the event, North Sails, a world leader in sail-making and high-performance sportswear, was announced as the Official Clothing Partner to the 36th America’s Cup.

The company has been involved in the America’s Cup for almost four decades, with the brand’s sail technology having powered 12 boats to victory since 1980. As the sportswear division looks to grow internationally, North Sails will create an innovative America’s Cup range to celebrate the competition.

Vicente Castellano, North Sails Apparel Executive Chairman, said: “It is a very exciting time for North Sails as we continue to invest in the brand globally and the America’s Cup embodies values that resonate very closely with us.

“We look forward to launching an America’s Cup collection crafted entirely from recycled materials, inspired by this high-performance sport and our passion to protect the oceans for future generations. Many thanks to everyone at the America’s Cup and Prada for all their support.”

Also revealed was the new Prada Cup ocean sustainability initiative Ocean Attitude, which features a partnership with the United Nations Educational, Scientific and Cultural Organization (UNESCO) as part of its Decade of Ocean Science for Sustainable Development program which will be launched in 2021.

Speaking by video link, Julian Barbière of UNESCO’s Intergovernmental Oceanographic Commission had this to say: “Promoting ocean sustainability is not a choice: the very survival of this planet depends on the health of the ocean. Ocean science is key to inform decision-making and to promote sustainable innovation.

“The sailing world, thanks to the wide audience that it can reach, can offer a powerful platform to advocate, educate, promote innovative solutions, and engage with the private sector.

Commenting on the Newport evening event Patrizio Bertelli – Chairman of Luna Rossa Prada Pirelli Team and CEO of the Prada Group, commented, “It has been wonderful to see so many friends and past competitors of the America’s Cup here this evening. We have celebrated the incredible legacy of the event we are all so passionate about and got a glimpse of what the future holds for the 36th edition of the America’s Cup.

“It will be great to soon have the first generation of the AC75s out on the water sailing, as we look forward to April 2020 when the teams will race for the first time at the America’s Cup World Series in Cagliari, Sardinia.”