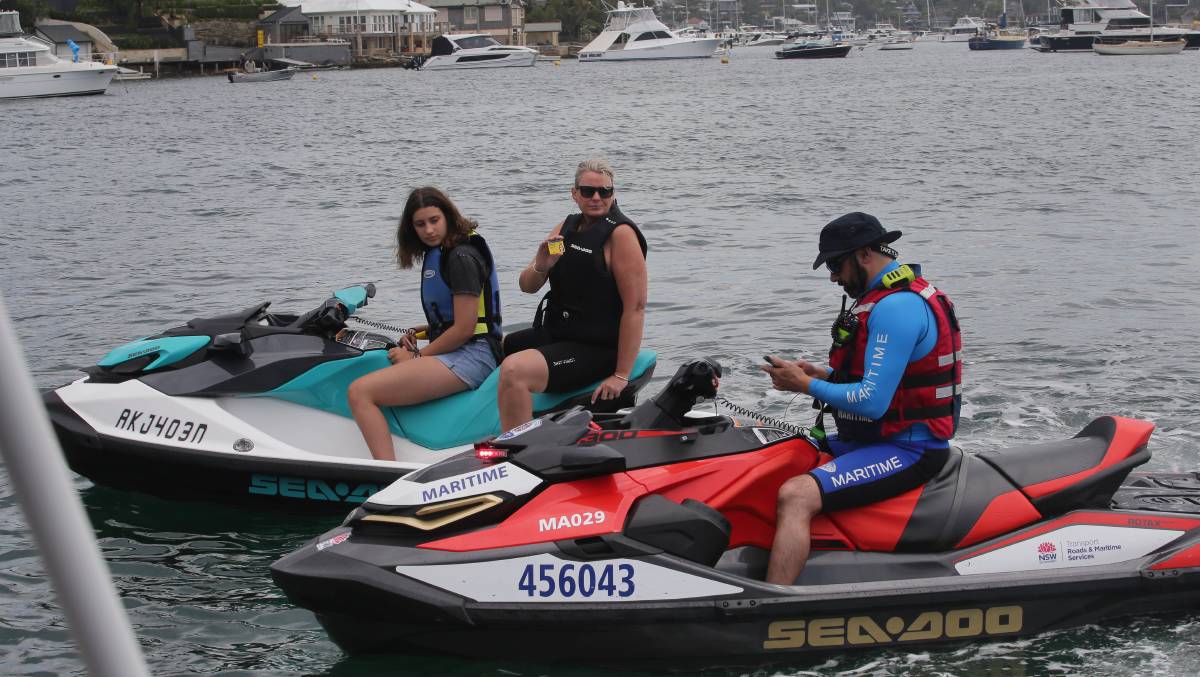 A NSW Maritime inspector carries out a licence check on Port Hacking during operation Tow the Line. Picture: John Veage.

Twenty-nine fines of up to $500 were handed out for unsafe and antisocial behaviour by jet-ski riders and “boaties” on Botany Bay, Georges River and Port Hacking last weekend.

The most common offences were speeding, not carrying correct safety equipment and not wearing a lifejacket when boating alone.

In addition to fines, 21 official cautions were issued.

The operation, called Tow the Line, was also conducted on other waterways in Sydney and the Central Coast.

Read the full story at The Leader.