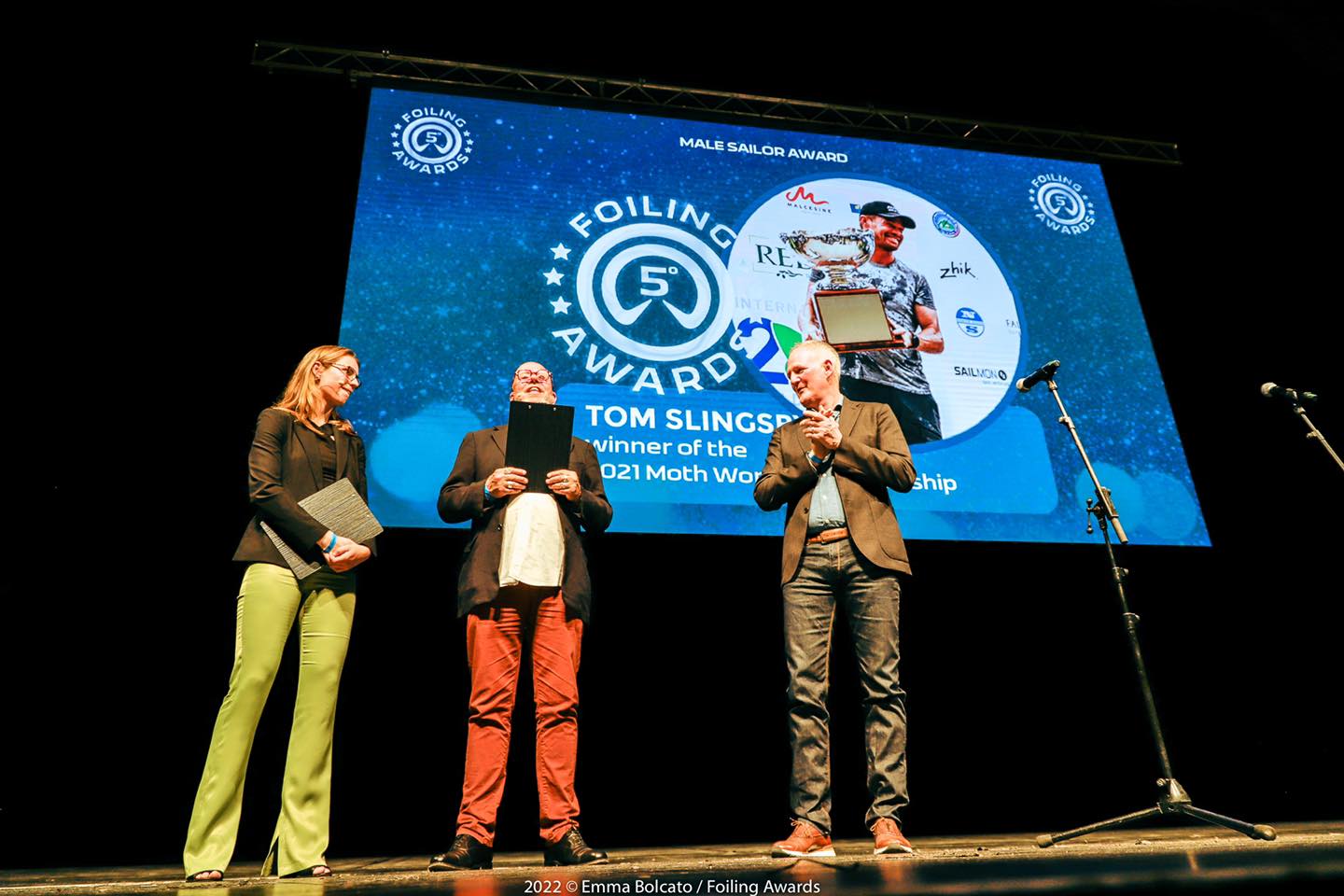 Tom Slingsby is the male foiling sailor of the year. Pic - Emma Bolcato

The fifth edition of the Foiling Awards was held in the wonderful hall of the Teatro Arcimboldi in Milan, in an atmosphere appropriate for the Oscars of flying boating.

After a year of absence due to the pandemic, the awards this year took into consideration the achievements between 2020 and 2021.

Here are your winners:

One of the best sailors that you can come across on the starting line of any regatta, she dominated the Moth World Championship in Malcesine; she is an inspiration for all girls wanting to fly.

A deserved victory. Tom won the Moth World Championship in Malcesine in imperative fashion and then dedicated himself to the Australian team involved in SailGP, guiding it to victory.

The nomination was linked to the successes in the GC32 circuit, but this achievement above all rewards Alinghi’s return as a challenger to the America’s Cup.

The success of the first edition of the America’s Cup with flying monohulls is there for all to see. A big boost for the Foiling world.

We saw the hull leave the yard in Valencia, now we can’t wait to see it fly.

For the full story, see: https://www.sail-world.com/news/248569/5th-edition-of-the-Foiling-Awards