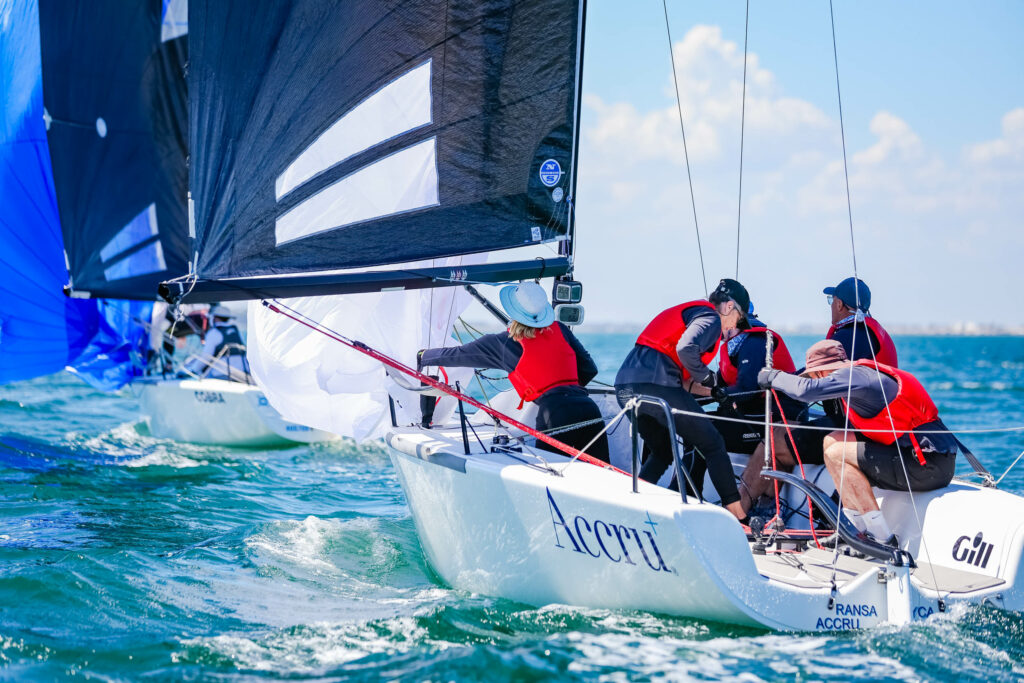 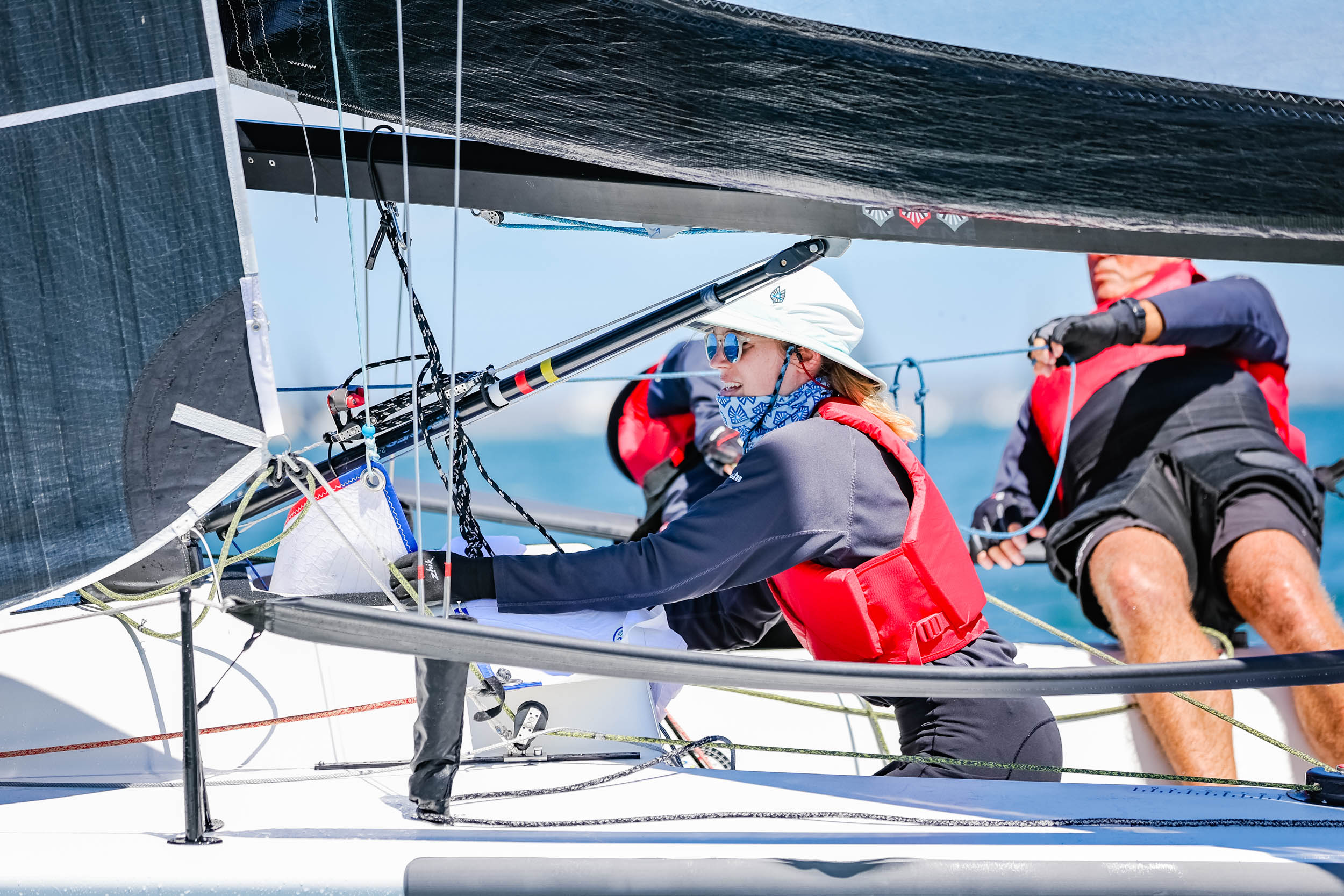 The wind increased throughout the day. Pic - Salty Dingo 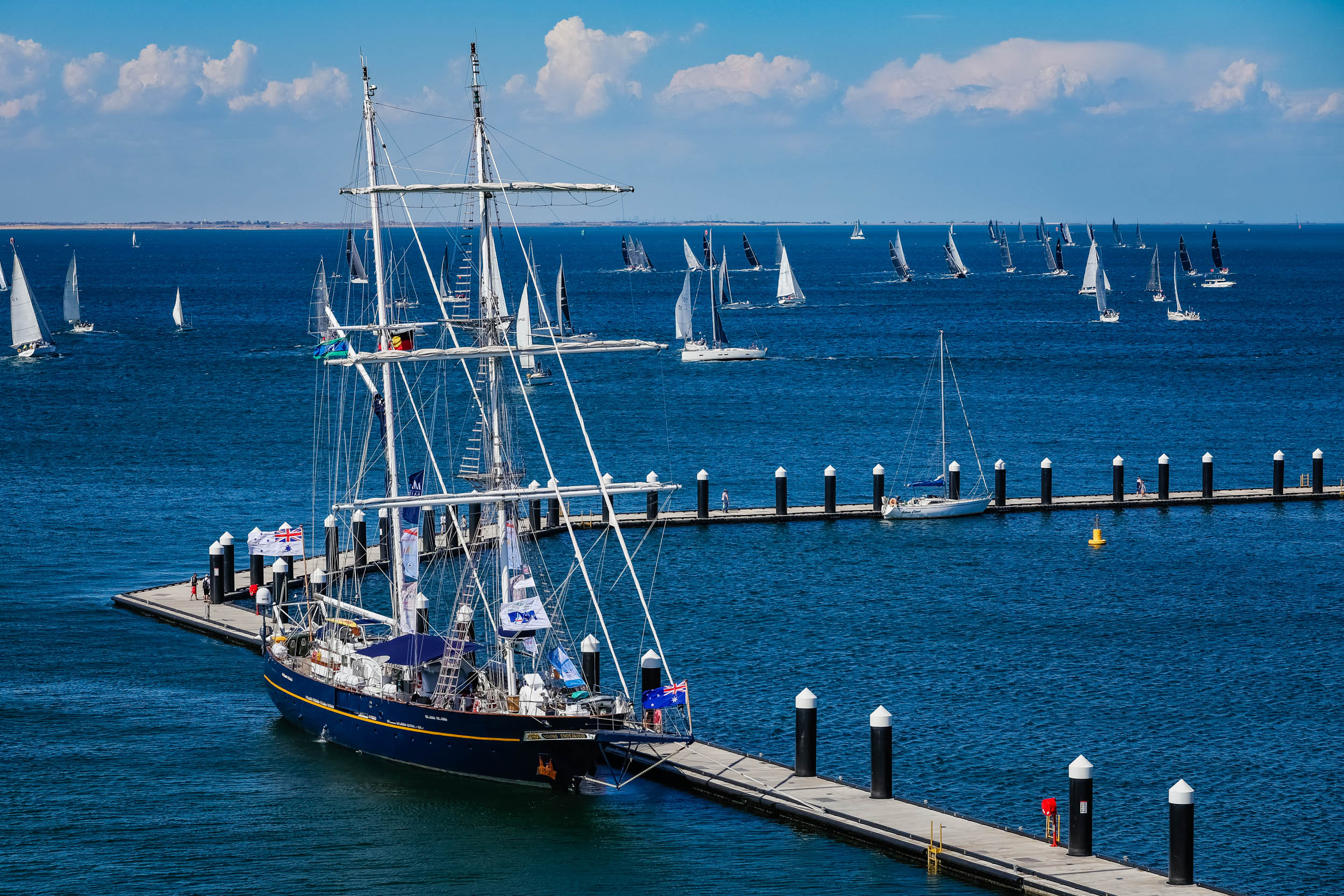 After a slow start to day three of Geelong’s Festival of Sails, the action picked up throughout the afternoon with the sailors heading out just after lunch in a building sea breeze.

The racing yachts, multihulls, cruising boats and double handers started off in a six to eight knot south easterly wind which increased to almost 15 knots by the end of the race. The fleets took on a mark laid short course around Corio Bay with plenty of Code Zero action to keep the crews earning their lunch.

Sailors returned to their berths for a short break to recharge, refuel and replenish their esky’s before heading back out to the waters of Geelong for the twilight race. The wind had kicked up a notch reaching over 18 knots across the bay and treated the competitors to a sensational sail to round out the third day of racing.

In the Passage Rating Series it’s Ray Robert’s team on Maritimo who are leading the charge in the current AMS standings in Division 1 followed closely by Ikon skippered by Bruce McCraken from Hobson Bay Yacht Club. AMS Division 2 is being dominated by Sandringham Yacht Club team Xpresso and it’s the Northshore 38 Laurelle that is currently leading in AMS Division 3.

Festival of Sail’s sponsor Rohan Veal from 38 South Boat Sales is aboard Xpresso and is thoroughly enjoying the racing. “This is the best ever Festival of Sails, the passage race was perfect, the weather has been perfect, there are lots of boats and we’ve been getting some good results,” Veal shared.

Local boat Solera secured a win in the Corio Bay race today, skipper Stuart Richardson is competing in his seventh Festival of Sails but first one on Solera. “Today’s racing was much better even though we had to wait a while we got the gun and had a win,” Richardson said.

Richardson sails regular twilights in Geelong but always enjoys the festival’s atmosphere and great racing, “It’s the comradery and the competition between the boats that you see every year here and it’s a great bay to race in.”

The Melges 24 and Guyon Wilson Class also had a delayed start to their racing but completed all three of their scheduled races. It’s Royal Geelong Yacht Club’s Chris Manton that leads in the Guyon Wilson Class winning all races in the series so far. Things are heating up in the Australian Melges 24 Championships with the team aboard Accru continuing their charge and edging five points ahead of second place rivals Panther skippered by Stephan O’Rourke.

Victoria continues to deliver sunshine and afternoon winds following another spectacular day on Corio Bay. There is one more day of tight racing on the water to come with plenty of entertainment on the shore to continue the festival atmosphere into the final day.