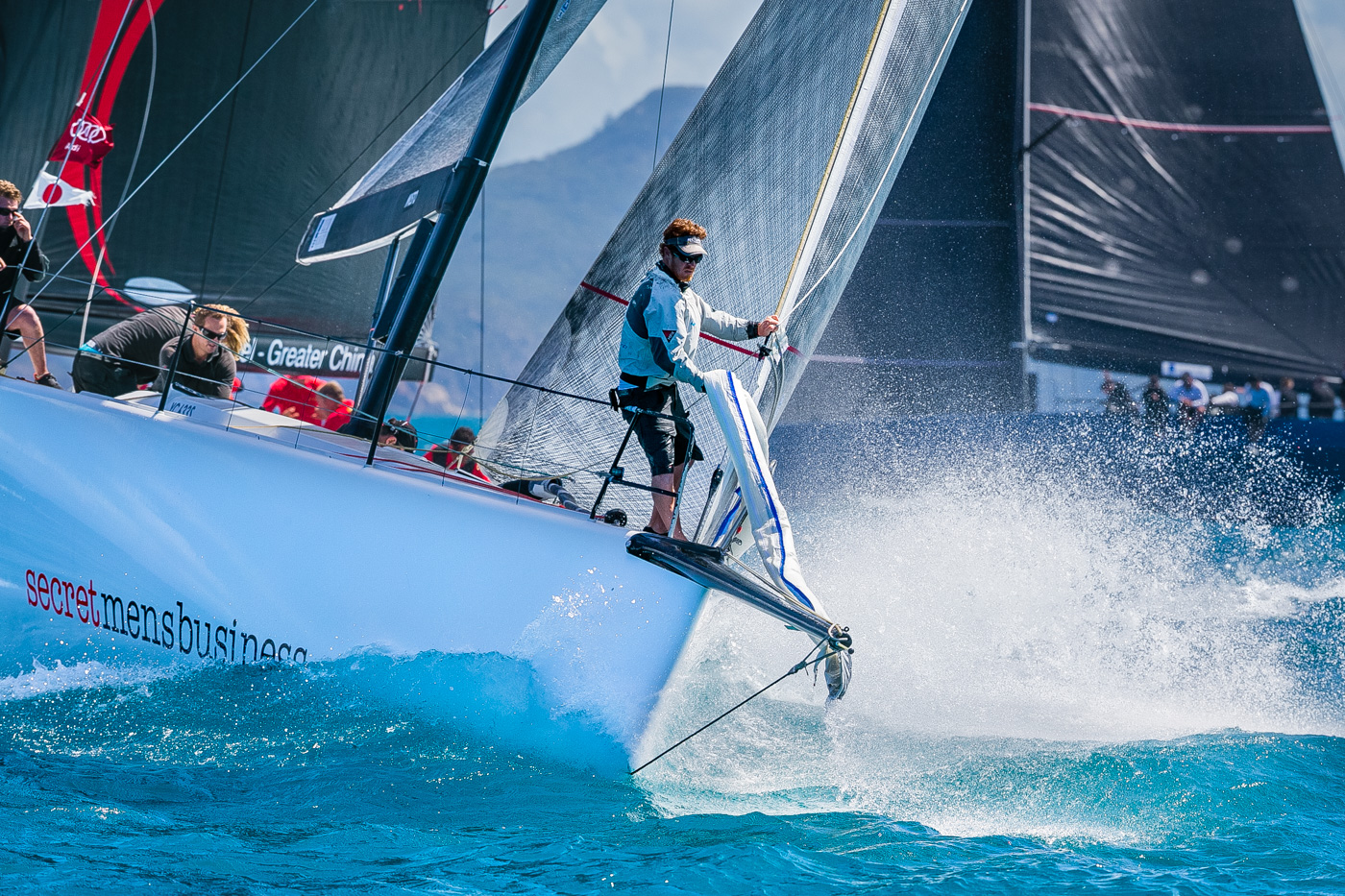 A couple of Rolex Sydney Hobart retirements who thought they were making their way to Geelong via Hobart town are still on track to be part of the grand prix Rating Series at the Festival of Sails later this month.

“We have our regatta mainsail ready and we are coming back with vengeance at Geelong,” Kirby promises. He’s fired up for two reasons; one his cut-short Hobart and the other is the chance to meet up again with Rob Date’s racy red 52-footer, Scarlet Runner.

The pair went toe-to-toe in the 2014 Sydney Hobart and finished first and second in IRC division 1 at the end of 628 nautical miles, Patrice the better boat on the day. The two crews keenly await the chance to meet again at the Festival of Sails presented by Rex Gorell Land Rover, January 22 – 26, 2016.

With many more regatta and bluewater miles added to the boat’s log since Patrice’s one and only Festival appearance, the skipper and his Melbourne contingent are eager for a second go. Matt Johns, who looked after the former Victorian based Living Doll and now lives in Queensland, and local guru, sailing master Barney Walker, will be part of Kirby’s southern effort to put right some some unfinished business.

“We came to Geelong two years ago when the boat was brand new and finished second in IRC division 1. We’ve come a long way since then,” Kirby warns his challengers. On the location he added: “Geelong is a great racing location with good breezes and smooth water sailing on a very fair racetrack. We really enjoy the carnival feel on the waterfront; the event’s come a long way.”

Davis once owned a Farr 30 and he and Baker as his crew enjoyed the choice between the one design format and handicap club racing. Given there is talk of a Sydney Hobart Race in the future they needed a bigger offshore boat and the Farr 40 met their criteria at a reasonable cost.

The pair had Nutcracker II completely refitted for relaunch last June. The crew is still settling in making the Rolex Farr 40 World Championship in Sydney next month unrealistic, however Baker says the desire to compete internationally in a few years’ time, either in Australia or overseas, is there.

“The Farr 40 had a lot of appeal given its been around for so long and is still popular thanks to a really strong association with well organised events,” Baker said. “We look forward to meeting and racing against the other Victorian crew at Geelong. It will be handy to go up against another Farr 40, to gauge where we are at.”

Festival of Sails entries close Friday January 15 and after this date a late fee will apply. Enter here.

Entries stand at 195 and the milestone of 200 boats is only days away.