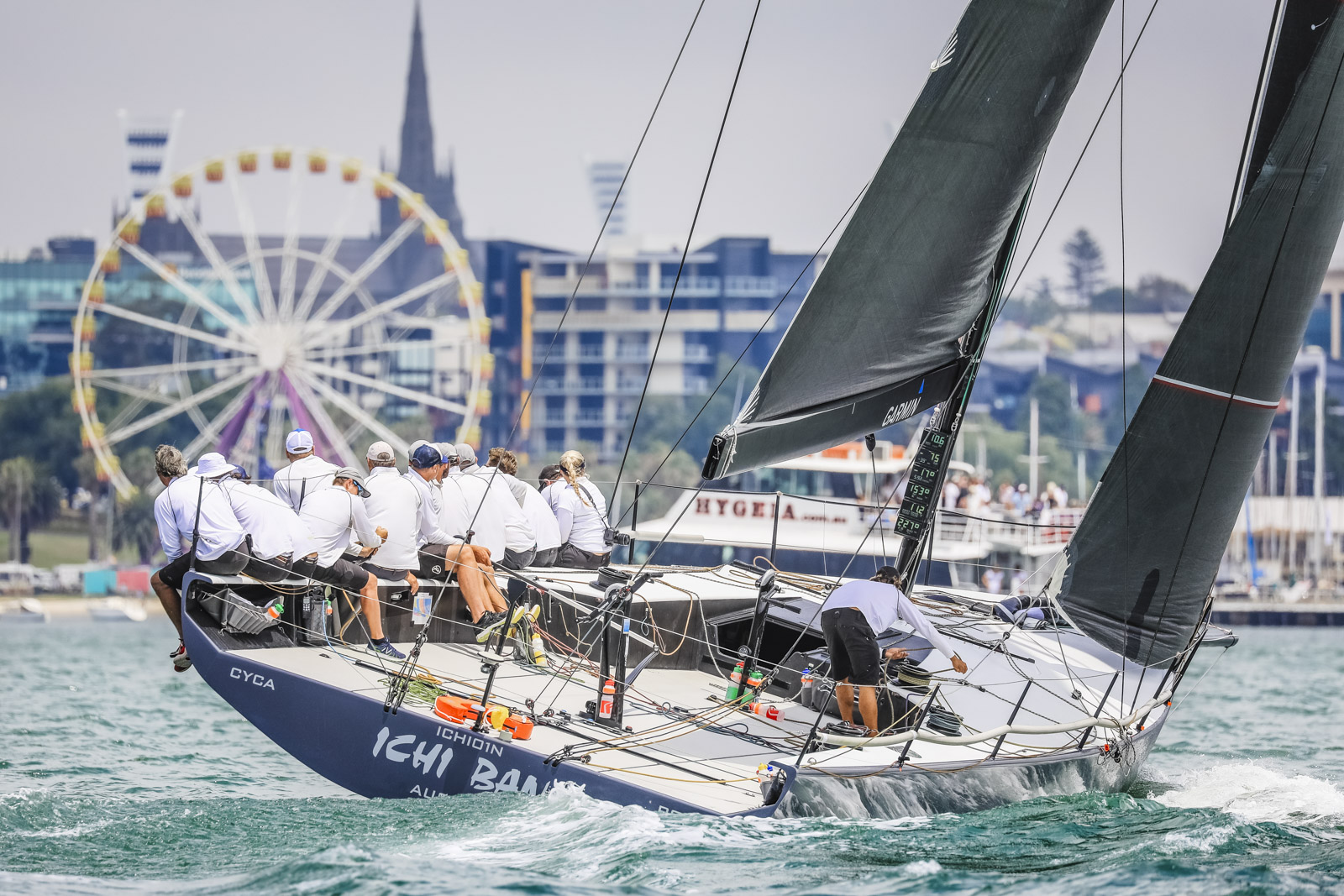 Matt Allen’s TP52 Ichi Ban picked up an Australia Day honour when the Sydney champion finished the Festival of Sails’ traditional Melbourne to Geelong Passage Race first among the monohulls in a time of four hours 13 minutes.

Thousands of people are enjoying picnics, live music and water sports along the Geelong foreshore as the Melbourne to Passage Race fleet of more than 250 boats finish one by one, bringing around 2,800 sailors to the regional city.

Ichi Ban skipper Matt Allen put his trusty 2IC Gordon Maguire and regular team in charge while he attended an Australia Day event in Sydney. He will re-join them on Saturday January 27 when Rating Series 1 Division heads out for short course racing on outer Corio Bay.

‘It was great to get here with breeze; it was a bit light on in the middle section of the race,” Maguire said. “We had a transition period in the middle, just after the first rounding mark where we sat still for half an hour. We definitely lost time there but then spotted the new breeze from the sou’east and positioned ourselves for it.”

The morning start was a drifter, two rows of boats struggling to keep sails full in the barest whisper of a northerly wind under grey skies and a mist that blurred the Melbourne city skyline. Principal Race Officer Denis Thompson described the 32-nautical mile festival opener as “very typical – light at the start then it dropped out to nothing and then a sou’easter came in.”

Ray Roberts’ Botin 40 is the corrected time winner of Division 1. All other results are still being finalised later today,

A long line of finishers are making their way up the Hopetoun Channel in a decent sea breeze, the best of the day, and the crowd at the Royal Geelong Yacht Club is building. The RAAF Roulettes staged a mid-afternoon fly-over and the countdown is on to the much-anticipated evening Australia Day fireworks display.

The Sydney 38s, Etchells, sports boats and some trailer yachts began their series on Corio Bay in light winds and three races into the Morris Finance Sydney 38 OD Australian Championship local boat Phoenix leads the pointscore. Saturday’s forecast is for variable southerlies and a warmer day of 33 degrees building to Sunday’s 39 degrees.

The Festival of Sails’ busy on-water schedule is complemented by a waterfront summer festival for all ages, sponsored by Geelong Connected Communities.