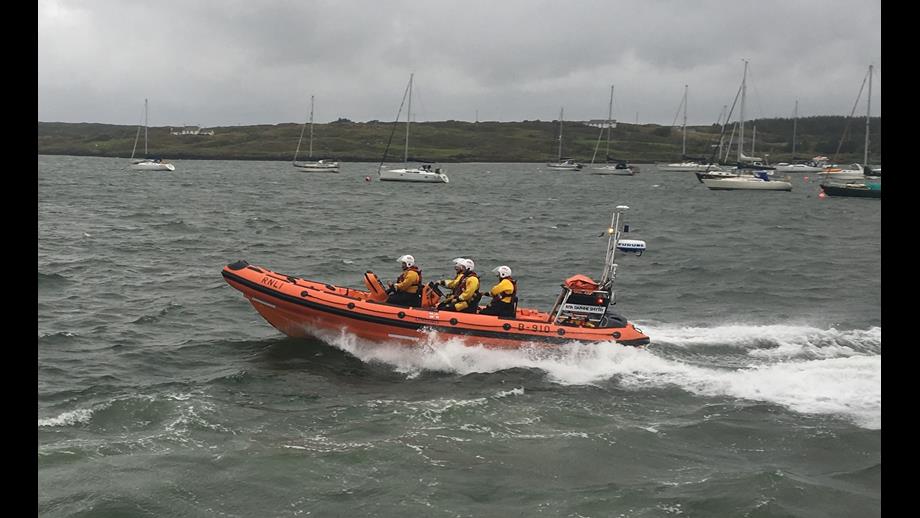 The rescue team provided the crew on the 36 foot yacht with a battery jump pack so that they could start their engine. Pic - RNLI/Kate Callanan

Baltimore RNLI was launched last night (Thursday 12 August) to assist a yacht taking part in the Rolex Fastnet Race that was suffering power problems 1 mile east of the Fastnet Rock Lighthouse off the coast of West Cork.

The volunteer lifeboat crew launched their inshore lifeboat at 8.47pm following a request to assist a 36ft yacht with 6 crew onboard whose battery power was too low to start their engine to run their charging system.

Baltimore inshore lifeboat reached the casualty vessel at 9.20pm and passed over a battery jump pack to the crew so that the yacht could start their engine and charge their own batteries. This was successful and once the crew onboard the yacht were happy that their systems were running properly they passed back the jump pack and continued on their way. The lifeboat returned to Baltimore lifeboat station, arriving at 10.00pm.

For the full story, see: https://rnli.org/news-and-media/2021/august/13/baltimore-rnli-called-to-assist-a-yacht-taking-part-in-the-rolex-fastnet-race