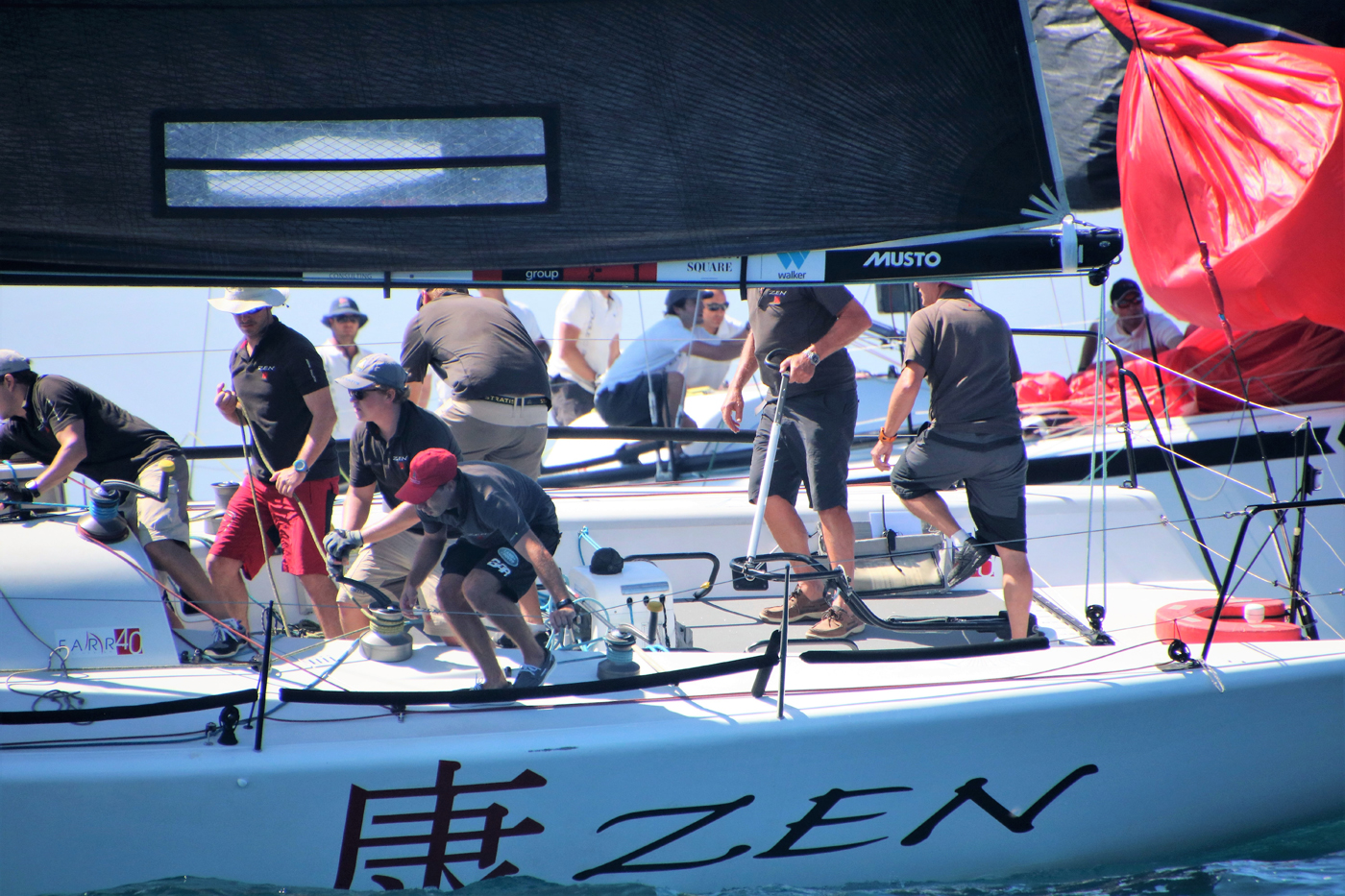 A high pressure system near New Zealand generated a warm autumn day and cloudless Sydney sky that played havoc with day one of the 2017/18 Farr 40 National Championship: John Calvert-Jones Trophy, on Saturday March 17.

Race one had to be knocked on the head when the lead boat, Tom and Alan Quick’s Outlaw, finished a minute and seven seconds beyond the one hour time limit. Fading and oscillating north/north-easters made slow work of the opening bout and left the Royal Sydney Yacht Squadron’s Race Officer, Rob Ridley, with no choice but to abandon all results.

Manly Circle produced enough breeze for a set of results in race two, that one going to class President Gordon Ketelbey’s Zen, before an hour-long postponement due to more light and shifty winds. The fleet then moved inside Sydney Harbour where other club fleets had reported seeing 10 knots, but in the end the single score stood.

On arrival back at the RSYS Ketelbey said: “We are series leader, Corinthian leader and boat of the day; I’m taking a photo of the results page because it’s never going to happen again. Race two was a pretty fair race until the second run when things went a bit upsy downsy.

Martin Hill (Hill PDA Racing) went to cover Outlaw and when they came back at us, we were in front. My tactician Sean Kirkjian pulled a rabbit out of his hat. Hopefully we can get some racing going on Sunday in the harbour.”

Sunday’s four planned races will be inshore and the Bureau of Meteorology is forecasting NNW 10 knots becoming NW 20-25 knots in the late morning then shifting southerly in the evening when a cold change sweeps through off the back of a scorching 39-degree day. Winds may reach 30 knots at times during the day.