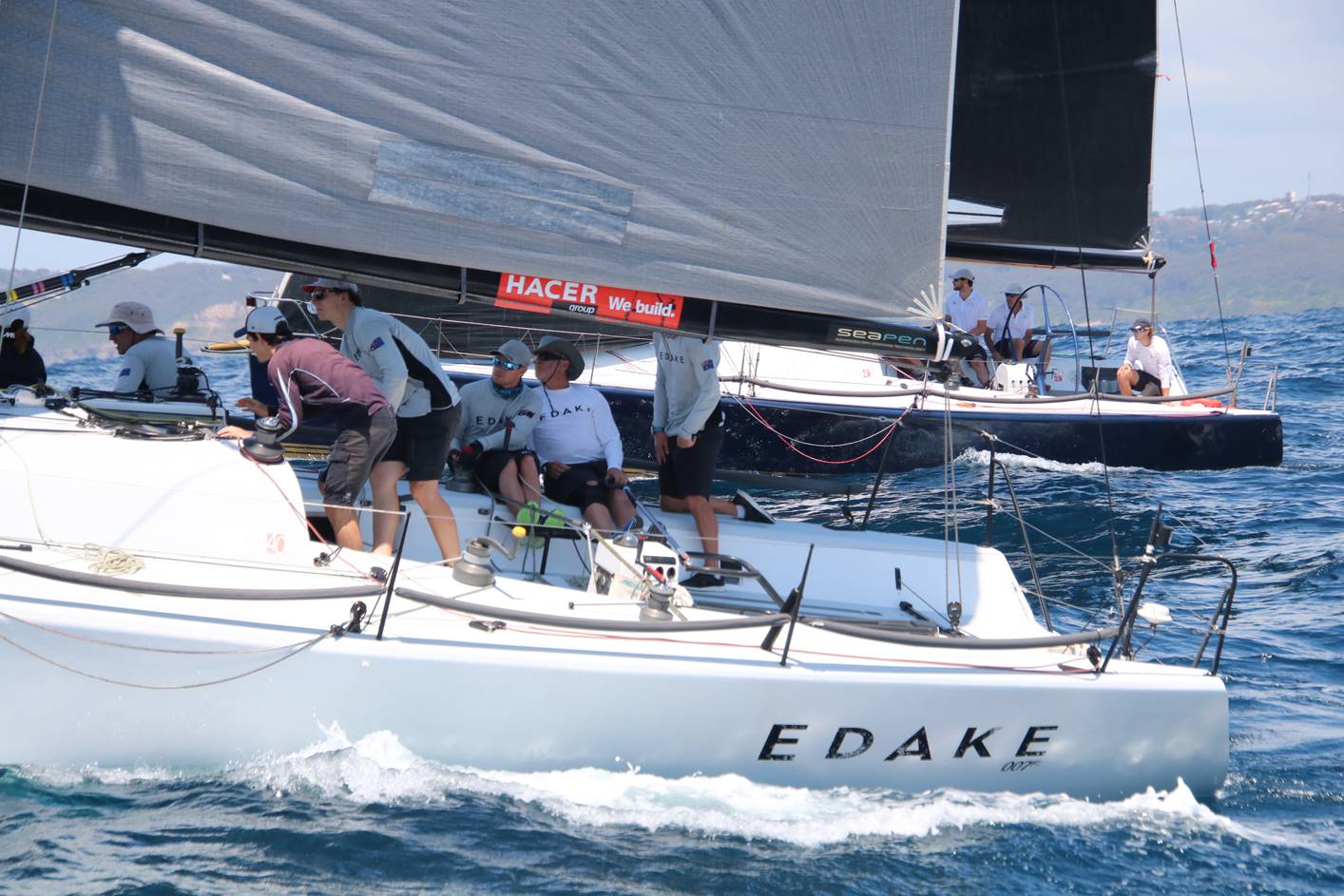 The first race was won by Rob Reynold’s Exile in a 5-8 knot south easterly before local knowledge came into play with Newcastle based Joe de Kock and the Good Form crew showing the fleet how it’s done winning race two.

Silver Olympic medallist, Will Ryan, was on main for Good Form and is happy to be back sailing in the Class.

“I’ve sailed many times in the Farr 40 class, mostly with Sam Hill on Forty. But Joe (de Kock) looks after my grandfather’s yacht and asked me if I was available. I’m normally not around Newcastle, but this weekend worked for me,” Ryan said.

“I called Sam to make sure it was okay for me to defect to Good Form and he said that would be alright,” Ryan joked.

Ryan and his skipper, Mat Belcher, recently won their third consecutive 470 gold medal, this time on the Tokyo 2020 Olympic waters at the Hempel World Cup Series Enoshima in Japan. The dynamic duo has just been selected for the 202 Tokyo Olympics is looking hot favourite for Gold.

The fleet arrived back at the marina early where they enjoyed sundowners and a sit down dinner on the verandah of the NCYC overlooking Newcastle’s working harbour.

Podium positions are tight going into tomorrow’s racing commencing at 11am with up to four races.