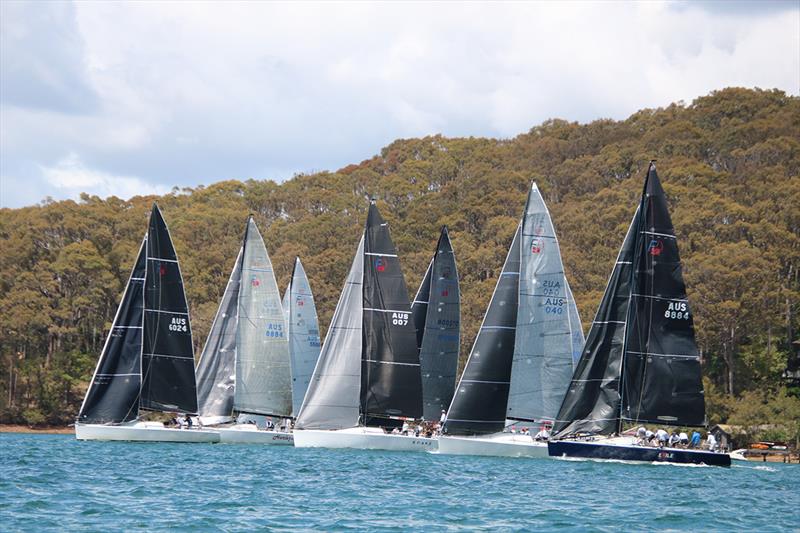 Following five regattas in Newcastle, Pittwater and Sydney, crews from the strong Farr 40 Australian fleet are ready to make it count at the NSW Championship to be hosted by Middle Harbour Yacht Club over two days offshore and inside Sydney Harbour on this weekend.

With past reigning champions such as Guido Belgiorno-Nettis and Martin Hill retired from the one-design class, the title has never been more highly sought after and the eight contenders are ready for the big hit out.

Australian Class President Gordon Ketelbey has been busy with his other Zen (TP52) in the Sydney to Hobart and now that is behind him he is more determined than ever to finish the season on a high.

“It's been a busy few months of sailing for me with the Farr 40 Worlds in Chicago and then the Sydney to Hobart and now I am fully focussed on the Farr 40 end of season program. The Class is very strong with a bunch of super competitive young blokes and I'm hoping to give them a run for their money.”

The Zen Skipper continued, “We are very fortunate to have some successful and generous businessmen in our Class and I would like to thank Rob Pitts (Hacer Group) and Rob Reynolds for sponsoring this year's State Title and National Championship (the John Calvert-Jones Trophy).”

The Class' PRO, Phil Yeomans, is unable to run racing for the last regatta at Middle Harbour Yacht Club for the season, so Steve Tucker is stepping in and will be calling the shots this weekend for up to eight races; four offshore and four inside Sydney Harbour.

Results will be posted to: www.farr40.asn.au/results